When Disney purchased Fox in 2019, the House of Mouse – already on course to milk every possible cash cow they could touch – acquired the intellectual property of just about every major history-making franchise they didn’t already own, bringing everything from Alien to Avatar under their banner. One such a hit was John Hughes’ beloved Christmas IP Home Alone, the series of Christmas movies launched by Macauley Culkin’s lovable cheekiness and a good old dose of Christmas spirit. In the year 2021, a spiritual successor has been released, and Dan Mazer’s Home Sweet Home Alone is the all-star straight-to-video sequel that we all expected from the trailer.

John Hughes wrote a classic back in the late 80s, and would-be children’s film legend Chris Columbus (Harry Potter and the Philosopher’s Stone) brought it to the screen in 1990 as one of the sleeper hits of the coming decade. Home Alone was, and still is to many who watch it year after year during the holidays, a great example of how to make the most out of every small idea – a screenwriting and directorial masterclass on how to take something simple and universal and stretch it into something extraordinary. Fun, funny, relatable and entertaining, Home Alone was everything its third and fourth sequels weren’t, and while it’s clear that Disney had no real intention of ever doing justice to Home Alone in any meaningful way, Home Sweet Home Alone at least surpasses the horrors of Home Alone 4: Taking Back the House (2002) and Home Alone: The Holiday Heist (2012) in how there are memorable moments of humour and catharsis, and how the film doesn’t look like it has been shot in just three days.

The simple issue with Home Sweet Home Alone is that we are living in an era in which one film’s success matters even less than it ever has, and as such film producers and distributors are less responsible for quality. In the case of this sixth franchise entry, it doesn’t matter whether we (as consumers) like Home Sweet Home Alone or not, only that it reminds us that Home Alone exists. If we don’t like Home Sweet Home Alone, or even detest its existence, we still have to go to Disney Plus to watch the original. And the more consumers complain, the more attention it gets, and thus a cycle is put in place in which the very existence of a sequel of any quality becomes beneficial to those financing the film when they are not only producers, but also distributors and exhibitors. Disney, in this case and the case of many other poorly revived franchises and IP-straddled series, don’t need this to be good, they just need it to exist.

To get Home Sweet Home Alone to exist, Mikey Day of ‘Robot Chicken’ fame teamed with fellow SNL writer Streeter Seidell to work on a script that was then adapted into what we see by long-time Sacha Baron Cohen collaborator Dan Mazer (who also directed Dirty Grandpa). It’s a reputable group, though their expertise in more adult-orientated material is certainly not in line with the innocence of John Hughes’ work nor the holidays in general, and Home Sweet Home Alone is written with a constant sarcastic tone that is much too immature for adults and much too grown up in content (eg. a visual gag in reference to Scarface), in dialogue (eg. “pervert” and “bullshit”) and in narrative for children to truly love.

It’s difficult to understand who exactly Home Sweet Home Alone was made for, or even which character’s perspective the filmmakers wanted the film to be seen from. We follow Rob Delaney and Ellie Kemper as they attempt to steal a doll back from a child they believe stole it from them. It’s like being on the side of the Wet Bandits, only this couple are the focus of the narrative and therefore more like anti-heroes. Yet, they’re also the butt of the jokes, and we are encouraged to feel sorry for the kid. It’s mixed messaging, and when it’s all underpinned by some sorry narrative hook about money, it seems that the true meaning of Christmas is lost. Even in copying the “nothing means as much as family” narrative from the original film (right down to the Mum being the best Christmas gift of all), Home Sweet Home Alone does little more than utter a few lines about “home being where family is” to suggest that it isn’t an ultra-capitalist take on Christmas. Home Alone succeeded because its message was as timeless as that in It’s a Wonderful Life or the original Miracle on 34th Street, it reinforced how Christmas is about each other and not about what’s under the tree. Home Sweet Home Alone is narratively about debt and work, and is presented with as much product placement as any recent Jurassic World movie, making it a film green-lit to sell Disney Plus, funded by product placement, and ideologically aimed at promoting Christmas consumerism in a way that outright dismisses the intentions of the franchise’s creator John Hughes.

Aside from Aisling Bea, whose terrible English accent is hard to overlook, the stacked cast of Home Sweet Home Alone do well with relatively poor material, and there’s a genuine sense that someone in production cared to at least surpass the other straight-to-video franchise entries in terms of decoration, colour and your typical modern standards for filmmaking, but this isn’t a Christmas classic. It’s not even in the better half of Home Alone films. Home Sweet Home Alone dares to stand where a classic once did, borrowing musical cues from the great John Williams, borrowing narrative guidance from the great John Hughes, and borrowing filmmaking technique from the great Chris Columbus, yet dirtying each through lack of attention and bad intention, not quite bastardising a beloved franchise but certainly misunderstanding it and cheapening it. 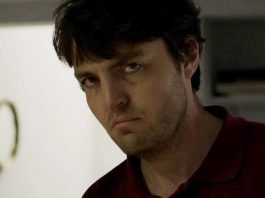 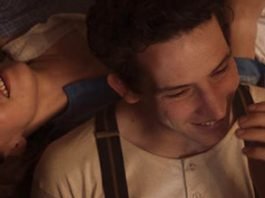 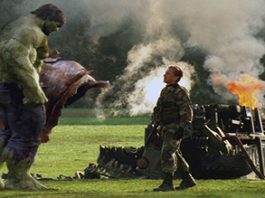