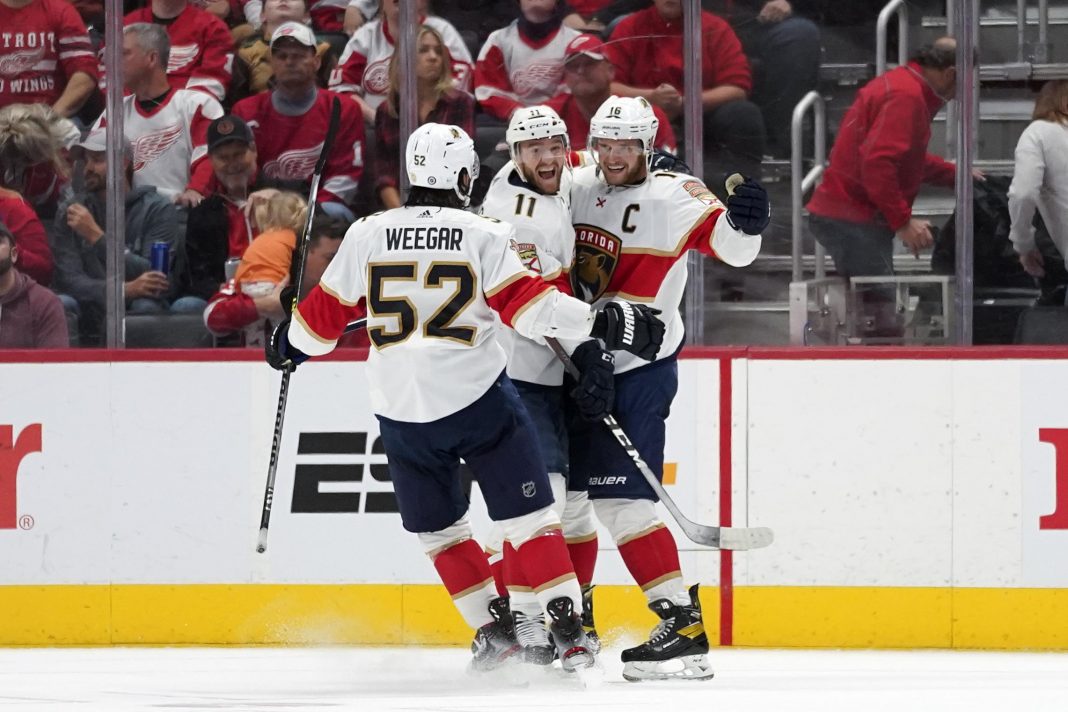 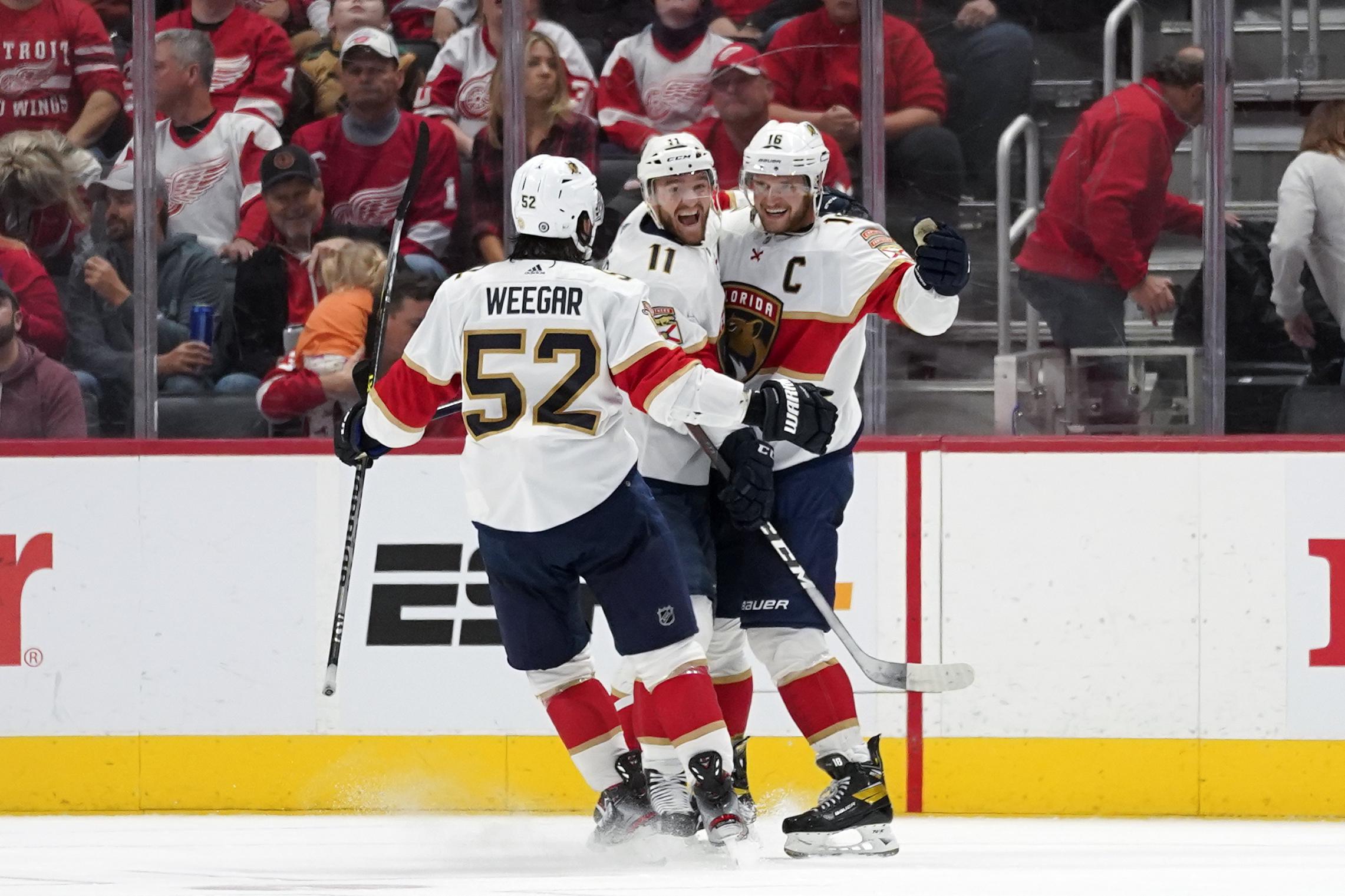 DETROIT (AP) — Aleksander Barkov scored in overtime and the Florida Panthers — playing a day after coach Joe Quenneville resigned amid a sex scandal — beat Detroit 3-2 on Friday to run their season-opening winning streak to eight.

Quenneville, the second-winningest coach in NHL history, resigned Thursday, two days after being among those implicated for not responding swiftly to allegations by former Chicago player Kyle Beach of being sexually assaulted by then-Blackhawks assistant Brad Aldrich during the 2010 Stanley Cup playoffs.

Andrew Brunette, an assistant under Quenneville, directed the Panthers as interim coach.

“It was a very emotional night,” Brunette said. “I’m really proud of the way they fought back to win after a really tough few days. To be honest, I’m more happy for them. It has been a great night.”

Florida defenseman MacKenzie Weegar said: “That’s very special. This was a big one for us tonight. It’s been a tough 24 hours for us, and the coaching staff really stepped up. For 60 minutes, Detroit came at us really hard, and they made it tough. We really had to work.”

Barkov scored twice, Eetu Luostarinen had a goal and Sergei Bobrovsky made 28 saves to help the Panthers move within two of the NHL record for consecutive victories to start a season set by Toronto in 1993-94 and matched by Buffalo in 2006-07.

Sam Gagner and Pius Suter scored for Detroit, with Suter tying it with 3:41 left in regulation with his first goal of the season.

Detroit was sparked by a flurry of blocked shots and saves by goalie Alex Nedeljkovic with about six minutes remaining in the third period.

“The crowd was awesome,” Nedeljkovic said. “The guys were sacrificing bodies. There were three blocks. The crowd feeds off it, and we feed off the crowd.”

Red Wings coach Jeff Blashill said: “It’s a little bit telling of our team — the sacrifice you see on that shift. As you could tell from the crowd, that was pretty awesome. Ultimately, we want to be a team that sacrifices more than the other.”

Blashill credited the entire coaching staff for that mentality, but added, “Starting at the top with (captain) Dylan Larkin. He wants to win.”

Gagner pulled Detroit within one on a redirection at 2:15 of the second period. The Red Wings dropped to 4-3-1.

“They are a very tough team to play, and you see the talent they have coming through their system,” Brunette said. “If they continue in this vein, they are going to be a problem for us.”

Panthers: At Boston on Saturday night.

GM Recalls Every Chevy Bolt Ever Made Over Faulty Batteries