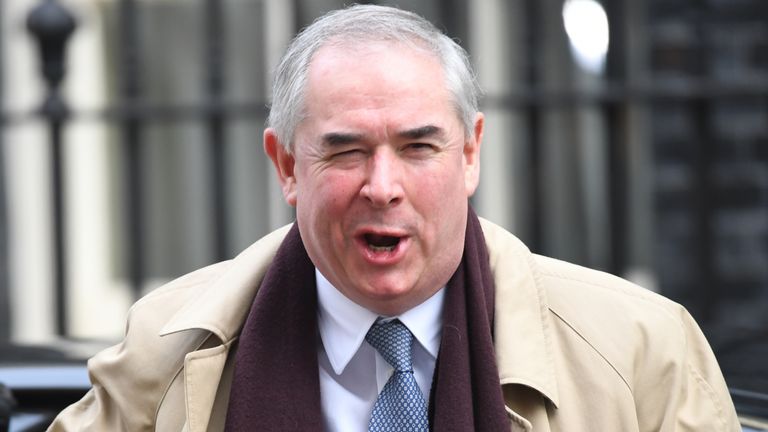 Sir Geoffrey Cox’s 2018 conference address to Tory members in Birmingham – as a surprise warm-up act to then prime minister Theresa May – ensured his trademark booming voice became a feature of the political frontline in Westminster’s Brexit battles.

“Methinks I see in my mind a noble and puissant nation rousing herself like a strong man after sleep, and shaking her invincible locks,” said Sir Geoffrey Cox, as he became 2018’s breakout political star.

“Methinks I see her as an eagle mewing her mighty youth, and kindling her undazzled eyes at the full midday beam.”

But Sir Geoffrey’s 2018 address to Tory members in Birmingham – as a surprise warm-up act to then prime minister Theresa May – ensured his trademark booming voice became a feature of the political frontline in Westminster’s forthcoming Brexit battles.

And so was born the “Brexit Mufasa” – or the “Tory Gandalf”, depending on your choice of deep-toned film character – who went on to become a key member of Mrs May’s cabinet.

Sir Geoffrey had been attorney general for less than three months before his surprise appearance on the Tory conference stage.

According to reports at the time, Sir Geoffrey was appointed by Mrs May due to the fact he was the only Brexiteer QC at hand.

And, as a backbench MP, he had also displayed loyalty to Mrs May by defending her Brexit strategy – known as the Chequers plan – at a difficult 1922 Committee meeting of Tory MPs in the wake of Boris Johnson’s resignation as foreign secretary.

Prior to his appointment as the government’s top legal adviser, Sir Geoffrey had been a high-earning barrister who, since his election to parliament in 2005, had been combining his paid legal work with his duties as MP for Torridge and West Devon.

After studying at Cambridge University, Sir Geoffrey was called to the Bar in the early 1980s and went on to become head of Thomas More Chambers.

His time in government, for which he was plucked from relative obscurity at Westminster, coincided with the bitter Brexit battles between MPs in the House of Commons. 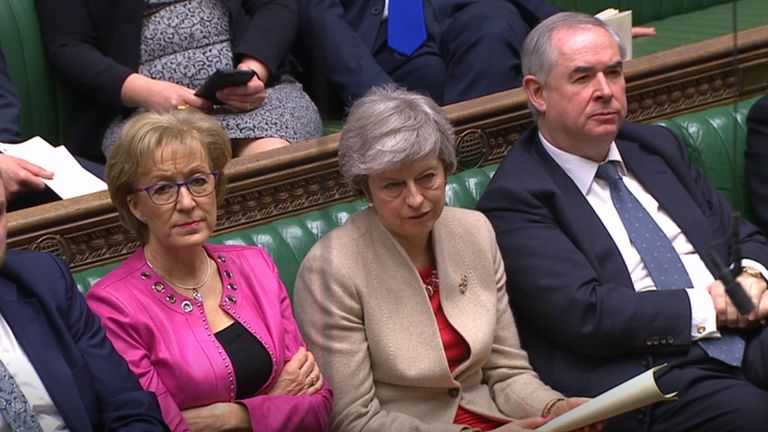 Despite his loyalty to Mrs May, it was Sir Geoffrey who dealt what was perhaps the fatal blow to her Brexit divorce deal.

Following the first Commons defeat for Mrs May’s deal in January 2019, Sir Geoffrey was tasked with securing legally-binding changes to the agreement in talks with EU officials.

This focussed on Mrs May’s plan for a Northern Ireland “backstop”, which aimed to avoid border checks on the island of Ireland but was unpopular with the DUP and Conservative Brexiteers.

Sir Geoffrey referred to the changes he was seeking from the EU as “Cox’s codpiece”, telling MPs at one point: “What I am concerned to ensure is that what is inside the codpiece is in full working order.”

But, ahead of a second Commons vote on Mrs May’s deal, Sir Geoffrey acknowledged in his official advice that, even with his changes, the “legal risk” remained “unchanged” of the UK having no means of exiting the backstop in future if it wanted to do so. 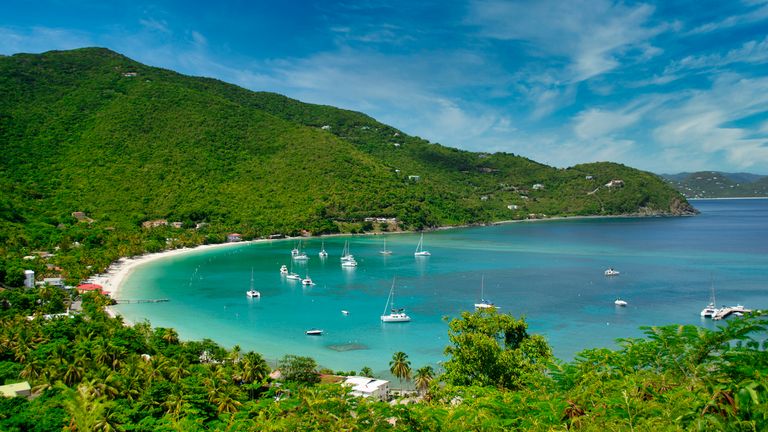 Image: Sir Geoffrey was revealed to have voted by proxy in the Commons while working in the British Virgin Islands

Opponents of Mrs May’s deal seized on Sir Geoffrey’s admission and her Brexit divorce agreement was subsequently defeated for a second time.

A third Commons defeat on the Brexit withdrawal agreement ultimately led to Mrs May’s resignation as prime minister, after which she was replaced by Mr Johnson in 10 Downing Street.

Sir Geoffrey, often likened to TV character Rumpole of the Bailey during his Commons appearances, had spoken at the official launch of Mr Johnson’s leadership campaign.

He was initially kept on as attorney general by the new prime minister but was later sacked in a February 2020 reshuffle.

In his resignation letter, Sir Geoffrey referred to the “candid and independent” legal advice he had delivered in his role, amid reports that Mr Johnson had grown tired of Sir Geoffrey speaking out independently in cabinet meetings. 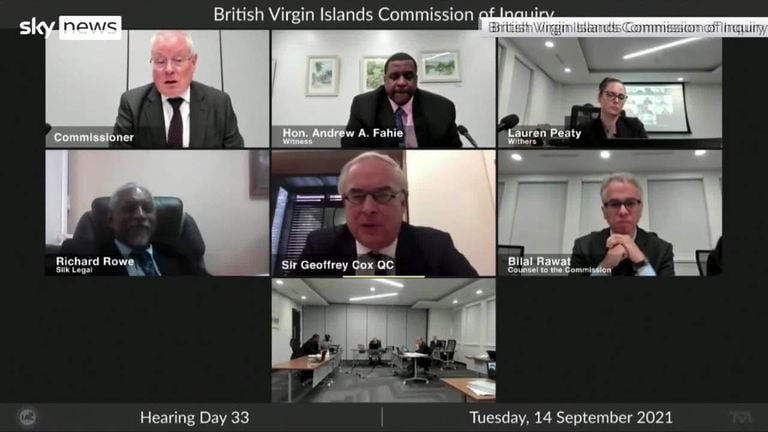 The former cabinet minister used some of his time during the first coronavirus lockdown to record a bedtime story for children.

And, within weeks of his sacking as attorney general, Sir Geoffrey returned to lucrative private legal work.

In September 2020 he began representing global firm Withers, which has since paid him more than £800,000.

Withers is currently representing the British Virgin Islands government during a corruption inquiry, which was launched by the Foreign Office in January this year.

I’ve been asked to record a children's bedtime story for while we are cooped up in CV confinement. This is a Chinese fairy tale entitled, "The Stone Monkey", told by H A Giles in a beautiful little pamphlet of tales published in 1911. I hope you enjoy it. https://t.co/30h671jXx7

It has now since been revealed that Sir Geoffrey was taking advantage of COVID arrangements to vote by proxy in the Commons at the same time as working in the Caribbean archipelago.

The 61-year-old is also facing claims that he used his parliamentary office to undertake some of his work for Withers, which saw him accused of “brazenly” breaking Commons rules.

Sir Geoffrey has spoken in just one Commons debate since leaving government in February 2020.

He has denied breaching Commons rules during his work for the British Virgin Islands government.