Home BUSINESS To Make an Eco-Friendly EV Battery, Think From the Inside Out 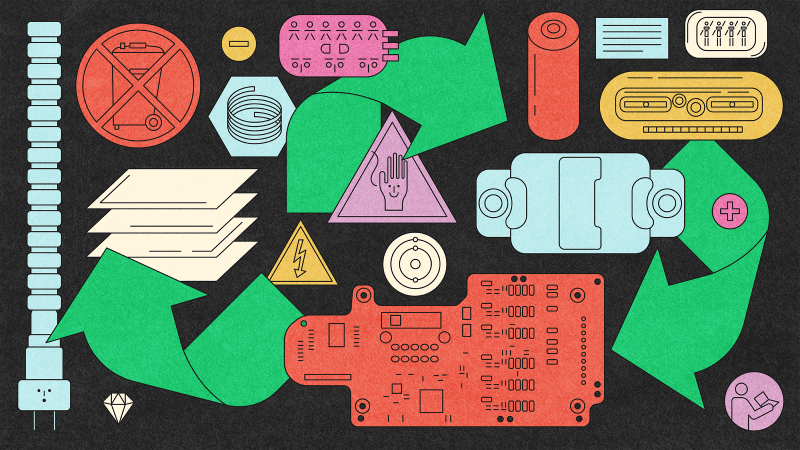 Battery packs are designed to stuff a lot of energy into a small amount of space. Some think they should be built for recycling too.

In an ivy-covered warehouse in the gentle hills of northern Switzerland, Olivier Groux has built a machine that takes apart batteries, part by part. It looks like a big blue safety cabinet, the kind you might see in a lab that handles Ebola, with thick gloves mounted on the sides to reach inside safely. The job is simple: Peel away the metal strips that adhere to a polymer and act as the battery’s electrodes. As the polymer sheet trundles through a system of pulleys, the electrodes go flying left and right, forming piles at the base of the machine: one for anodes, the other for cathodes, the negative and positive ends of a battery, respectively. They’ll next be dissolved in water, then go through a sieve to emerge as a metallic powder. 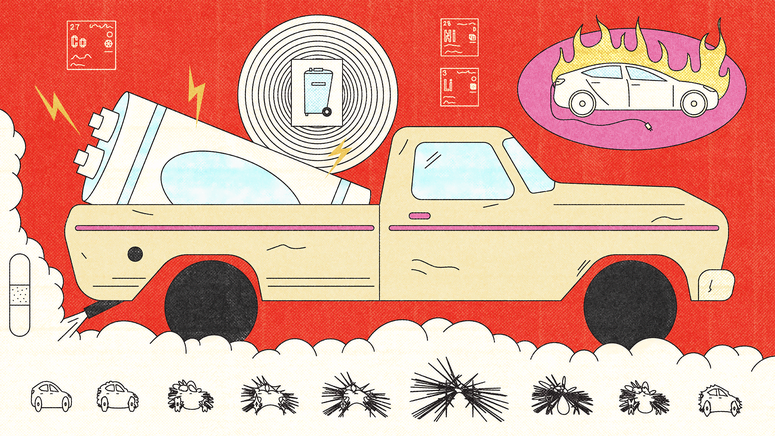 UnpluggedCars Are Going Electric. What Happens to the Used Batteries? 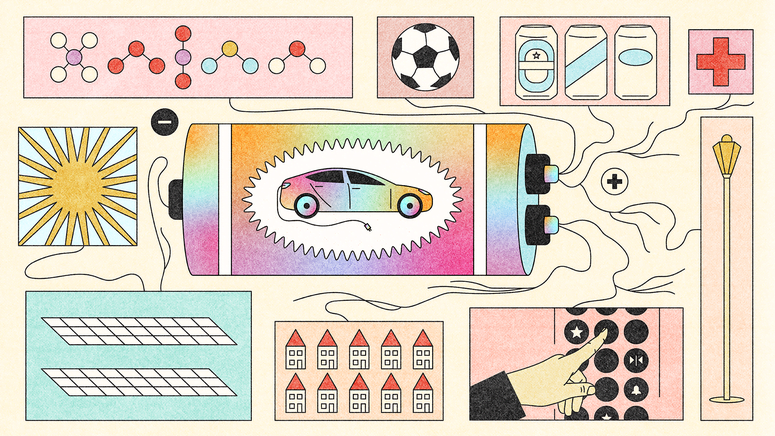 Groux heads the recycling program at Kyburz, a small, family-owned company that makes electric vehicles; it is best known for a three-wheeled vehicle favored by the Swiss postal service. It’s also the rare EV company that selects its batteries with their eventual reuse and recycling in mind. Once batteries are no longer fit for the demands of mail delivery, they are refurbished and often reused in vehicles that require less power, like personal scooters, or to store energy produced by solar panels. Finally, after those second and sometimes third lives, they are dismantled piece by piece by Groux’s machinery into materials that can be reused. The goal is to produce raw materials for new batteries from dead batteries as efficiently as possible. Groux thinks he’s nearly cracked it.

Kyburz estimates that this process recovers more than 90 percent of all the materials in its batteries, including some parts, such as the plastic casing, that are typically destroyed by other recycling methods. Better yet, according to Groux, is the simplicity: The machinery requires little energy to operate and creates little waste. “We thought if you can build a battery in a simple way, you can also take it apart in a simple way,” he says. For now, the material extracted from the company’s relatively modest trickle of dead batteries is sent to a lab for testing. As more Kyburz batteries die, Groux hopes to find a European battery maker that will take the materials off his hands.

The novelty of Kyburz’s process is that it avoids shredding, the most common fate for EV batteries. In shredding, the battery pack is consumed in full, transformed into a pile of macerated scrap called “black mass.” The mass is then burned or treated with acid to extract valuable minerals inside, including nickel and cobalt. Investors are betting billions on startups that plan to use those techniques on the millions of EV batteries that will die worldwide by the end of the decade.

Most batteries are shredded because, unlike those in Kyburz’s vehicles, they’re not designed to be taken apart. Instead, they’re built to pack the most energy into the smallest space, allowing a car to travel farther on each charge. That’s logical and important: One of the biggest hurdles to the adoption of electric vehicles is anxiety over range. Over time, though, that anxiety has turned battery pack design into an unruly mess. The interior of a battery pack, which usually rests along the base of a vehicle, conceals a complex machine. It is filled with modules, which are sealed shut with glues and laser welding; those modules contain arrays of cells, plus cooling cables that prevent overheating and fires. The shape and contents of those cells vary, but one especially energy-dense design involves wrapping the anodes and cathodes around each other to produce what Tesla engineers fondly call a “jelly roll.”

Movies Where the Actors Have Actual Sex