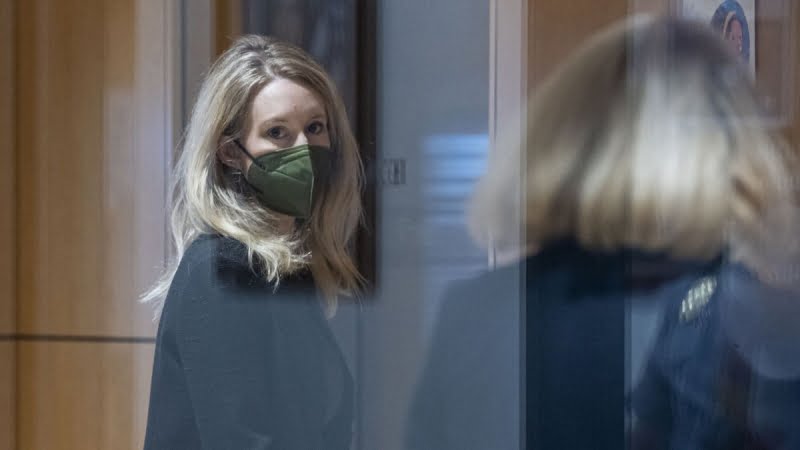 The family office took Elizabeth Holmes at her word

Theranos said a lot of things to Lisa Peterson that made the company seem credible when she evaluated it on behalf of the crazy-wealthy DeVos family. One of the things that stood out as a reason to trust Theranos and Elizabeth Holmes? Its devices didn’t need FDA approval.

That made it seem more credible that the machines worked, said Peterson, who works on investments for the DeVos clan (including former secretary of education Betsy DeVos), and who testified today during US v. Elizabeth Holmes.

Okay, some background: it’s true that Theranos didn’t need FDA approval to start using its tests and devices. That’s because they were considered “lab-developed tests” — a category of tests developed and used within a single lab, which means they don’t have to go through the typical FDA process. Just because something is a lab-developed test isn’t necessarily a reason not to trust that it works as well as advertised. But it’s definitely not a reason to have more trust that a test is reliable.

Treating the lack of FDA approval as a reason to bet on Theranos was a small aside in Peterson’s testimony; it was just one reason she thought Theranos seemed like a good investment. (A skepticism of the regulatory process is also one of the reasons Theranos board member General James Mattis wasn’t concerned with some of the company’s actions — something the powerful conservatives seem to have in common). But it set the tone for a day of testimony about the DeVos family’s approach to its $100 million investment in Theranos — which seemed to be more about shiny things and FOMO than about the science behind the blood testing devices Holmes promised would change the world.

Peterson volunteered to take the lead on assessing Theranos after hearing about the company (and Holmes) from Jerry Tubergen, the CEO of the DeVos’ family office, which is called the RDV Corporation. The company sent her two large binders with information on the blood testing tech, and she sat on a call with Holmes in early October. Then she took a trip with members of the family out to Palo Alto, where they spent five hours at Theranos headquarters.

There was a lot to bolster the case for Theranos. Peterson said the documents and conversations with Holmes gave the impression that the company could perform hundreds of tests using just a finger stick of blood. A document with the Pfizer logo seemed to show that the Theranos tech was used and validated by major pharmaceutical companies. The company had major contracts with Walgreens.

The documents looked science-y and apparently that was good enough

Nothing about any of those materials raised red flags with Peterson. But Peterson didn’t look that closely. The relatively poor due diligence was a theme that Lance Wade, Holmes’ attorney, hammered during cross-examination. Wade showed her charts from the Pfizer-branded report, asking if she understood the types of scientific tests the document showed. She said she didn’t. He asked if she scrutinized Theranos’ list of patent filings. She hadn’t.

“I’m not a scientist,” Peterson said. “I can’t figure out if those things were lending credibility to what they’re saying.” The documents looked science-y, and apparently, that was good enough.

The DeVos family didn’t hire any scientists to review the materials, either, Wade pointed out. They didn’t bring in regulatory experts or lawyers. They didn’t go visit one of the Walgreens stores in Arizona that were supposedly using Theranos devices. Peterson didn’t even call Walgreens, even though she said she knew the chief information officer.

Peterson said that was partly because she was afraid of upsetting Holmes. Holmes was vetting investors at the same time as investors were vetting her, and the family didn’t want to miss out on the opportunity to throw their money into the pot. “We felt if we circumvented the process we would be uninvited to participate,” Peterson said. “We were very careful not to circumvent things and upset Elizabeth.”

“They were telling us that it worked.”

Wade dug in harder. Holmes wouldn’t have necessarily found out if they had made calls to Walgreens or asked a scientist about the data from Theranos, he said. So why didn’t Peterson do more than the bare minimum?

Her answer was that she didn’t think she needed to. “They were telling us that it worked,” Peterson said. “We were relying on what we were told.”

Peterson — and the DeVos family office — didn’t come off here looking like the most thoughtful stewards of billions of dollars. During the site visit, they were more interested in top-level takeaways than the actual details of how the Theranos tests worked. Holmes’ and Theranos’ assurances that everything worked great were enough for Peterson and the DeVos family.

But treating that credulousness as a problem also seems like a risky strategy for the defense team. After all, their argument is that Holmes didn’t mislead investors. If she wasn’t misleading investors, why would the DeVos family need to do extensive independent evaluation? In the defense’s opening statement, Wade made a case that the people who invested in Theranos were sophisticated and knew what they were getting into. Peterson’s testimony seems to suggest otherwise.

Whatever it was Theranos was selling — outright lies, or smoke and mirrors — the DeVos family fell for it

The defense posited that Peterson and the DeVos family just misunderstood Theranos’ capabilities as described by Holmes. Wade showed a slide in the Theranos documents that didn’t specify that all its tests were done using finger sticks. He pointed to articles where Theranos didn’t directly claim its testing devices were used in military helicopters, just that it might happen in the future.

But whatever it was Theranos was selling — outright lies, or smoke and mirrors — the DeVos family fell for it. And they were left scrambling when John Carreyrou published his first articles in the Wall Street Journal questioning the Theranos technology. In August 2016, Peterson even took a trip to the annual meeting of the American Association for Clinical Chemistry, where Holmes was presenting on the Theranos tech. Belatedly, she had started asking some questions.

“The whole point was to figure out if the technology worked or not,” she said.

On the 4th of July, thousands of people in D.C. celebrate...

The 60 Best Cheap Date Ideas for Couples on a Budget