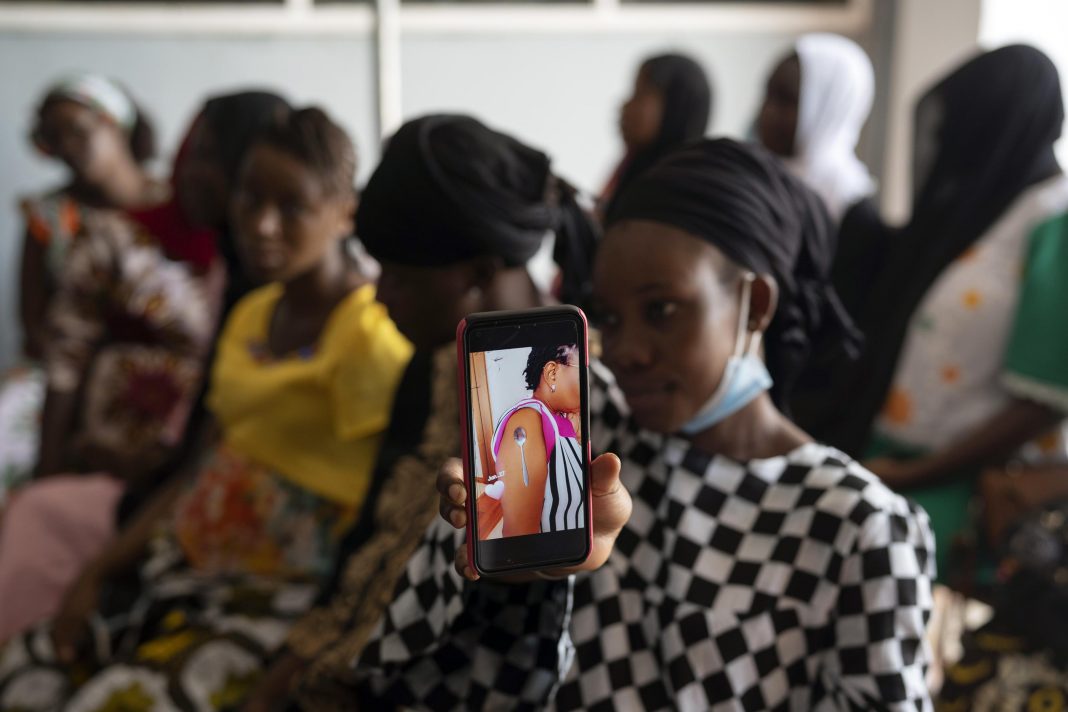 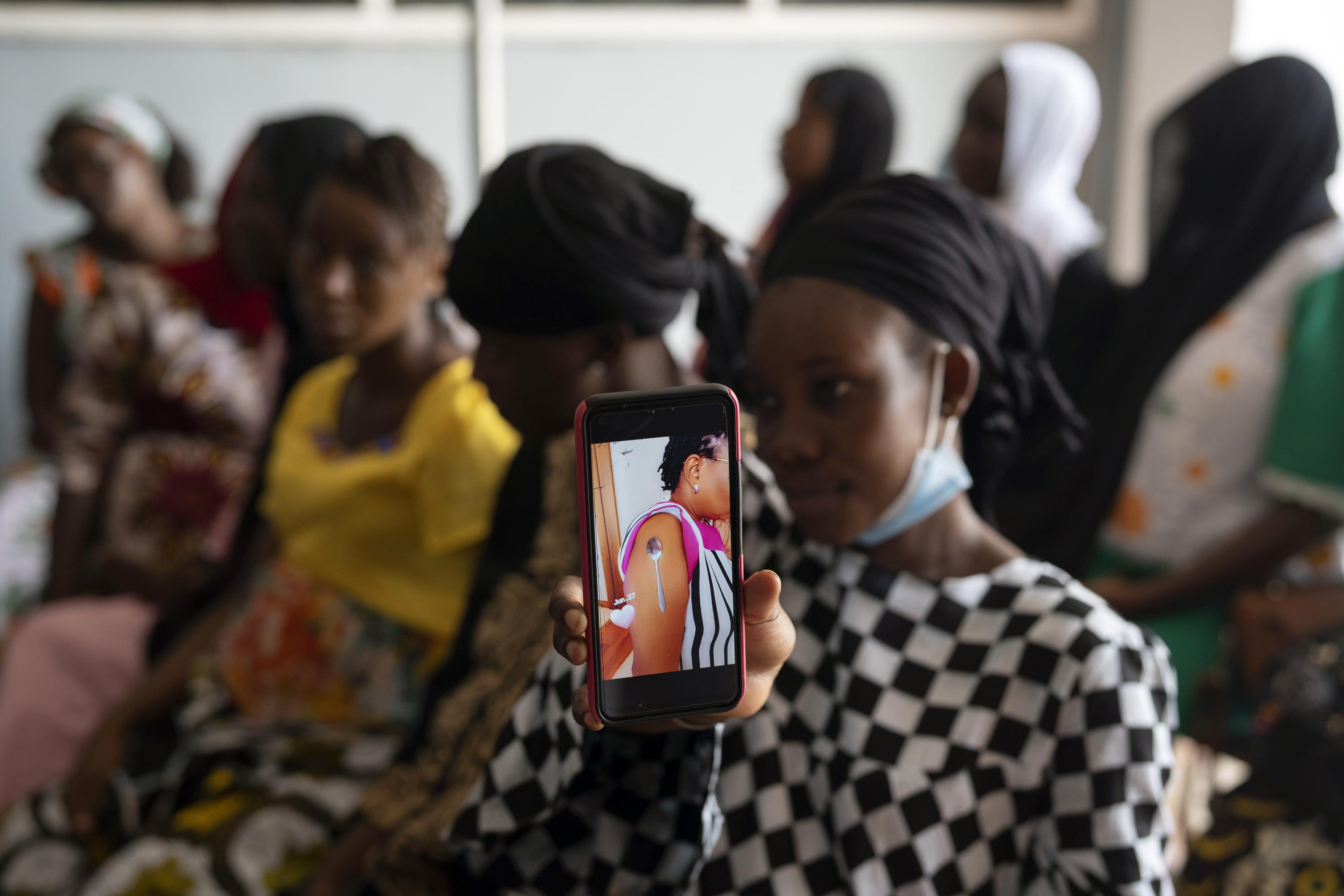 WASHINGTON (AP) — In March, as claims about the dangers and ineffectiveness of coronavirus vaccines spun across social media and undermined attempts to stop the spread of the virus, some Facebook employees thought they had found a way to help.

By altering how posts about vaccines are ranked in people’s newsfeeds, researchers at the company realized they could curtail the misleading information individuals saw about COVID-19 vaccines and offer users posts from legitimate sources like the World Health Organization.

“Given these results, I’m assuming we’re hoping to launch ASAP,” one Facebook employee wrote, responding to the internal memo about the study.

Instead, Facebook shelved some suggestions from the study. Other changes weren’t made until April.

When another Facebook researcher suggested disabling comments on vaccine posts in March until the platform could do a better job of tackling anti-vaccine messages lurking in them, that proposal was ignored.

Critics say the reason Facebook was slow to take action on the ideas is simple: The tech giant worried it might impact the company’s profits.

“Why would you not remove comments? Because engagement is the only thing that matters,” said Imran Ahmed, the CEO of the Center for Countering Digital Hate, an internet watchdog group. “It drives attention and attention equals eyeballs and eyeballs equal ad revenue.”

In an emailed statement, Facebook said it has made “considerable progress” this year with downgrading vaccine misinformation in users’ feeds.

Facebook’s internal discussions were revealed in disclosures made to the Securities and Exchange Commission and provided to Congress in redacted form by former Facebook employee-turned-whistleblower Frances Haugen’s legal counsel. The redacted versions received by Congress were obtained by a consortium of news organizations, including The Associated Press.

The trove of documents shows that in the midst of the COVID-19 pandemic, Facebook carefully investigated how its platforms spread misinformation about life-saving vaccines. They also reveal rank-and-file employees regularly suggested solutions for countering anti-vaccine content on the site, to no avail. The Wall Street Journal reported on some of Facebook’s efforts to deal with anti-vaccine comments last month.

Facebook’s response raises questions about whether the company prioritized controversy and division over the health of its users.

“These people are selling fear and outrage,” said Roger McNamee, a Silicon Valley venture capitalist and early investor in Facebook who is now a vocal critic. “It is not a fluke. It is a business model.”

Typically, Facebook ranks posts by engagement — the total number of likes, dislikes, comments, and reshares. That ranking scheme may work well for innocuous subjects like recipes, dog photos, or the latest viral singalong. But Facebook’s own documents show that when it comes to divisive public health issues like vaccines, engagement-based ranking only emphasizes polarization, disagreement, and doubt.

To study ways to reduce vaccine misinformation, Facebook researchers changed how posts are ranked for more than 6,000 users in the U.S., Mexico, Brazil, and the Philippines. Instead of seeing posts about vaccines that were chosen based on their popularity, these users saw posts selected for their trustworthiness.

The results were striking: a nearly 12% decrease in content that made claims debunked by fact-checkers and an 8% increase in content from authoritative public health organizations such as the WHO or U.S. Centers for Disease Control. Those users also had a 7% decrease in negative interactions on the site.

Employees at the company reacted to the study with exuberance, according to internal exchanges included in the whistleblower’s documents.

“Is there any reason we wouldn’t do this?” one Facebook employee wrote in response to an internal memo outlining how the platform could rein in anti-vaccine content.

Facebook said it did implement many of the study’s findings — but not for another month, a delay that came at a pivotal stage of the global vaccine rollout.

In a statement, company spokeswoman Dani Lever said the internal documents “don’t represent the considerable progress we have made since that time in promoting reliable information about COVID-19 and expanding our policies to remove more harmful COVID and vaccine misinformation.”

The company also said it took time to consider and implement the changes.

Yet the need to act urgently couldn’t have been clearer: At that time, states across the U.S. were rolling out vaccines to their most vulnerable — the elderly and sick. And public health officials were worried. Only 10% of the population had received their first dose of a COVID-19 vaccine. And a third of Americans were thinking about skipping the shot entirely, according to a poll from The Associated Press-NORC Center for Public Affairs Research.

Despite this, Facebook employees acknowledged they had “no idea” just how bad anti-vaccine sentiment was in the comments sections on Facebook posts. But company research in February found that as much as 60% of the comments on vaccine posts were anti-vaccine or vaccine reluctant.

“That’s a huge problem and we need to fix it,” the presentation on March 9 read.

Even worse, company employees admitted they didn’t have a handle on catching those comments. And if they did, Facebook didn’t have a policy in place to take the comments down. The free-for-all was allowing users to swarm vaccine posts from news outlets or humanitarian organizations with negative comments about vaccines.

“Our ability to detect (vaccine hesitancy) in comments is bad in English — and basically non-existent elsewhere,” another internal memo posted on March 2 said.

Los Angeles resident Derek Beres, an author and fitness instructor, sees anti-vaccine content thrive in the comments every time he promotes immunizations on his accounts on Instagram, which is owned by Facebook. Last year, Beres began hosting a podcast with friends after they noticed conspiracy theories about COVID-19 and vaccines were swirling on the social media feeds of popular health and wellness influencers.

Earlier this year, when Beres posted a picture of himself receiving the COVID-19 shot, some on social media told him he would likely drop dead in six months’ time.

“The comments section is a dumpster fire for so many people,” Beres said.

Anti-vaccine comments on Facebook grew so bad that even as prominent public health agencies like UNICEF and the World Health Organization were urging people to take the vaccine, the organizations refused to use free advertising that Facebook had given them to promote inoculation, according to the documents.

Some Facebook employees had an idea. While the company worked to hammer out a plan to curb all the anti-vaccine sentiment in the comments, why not disable commenting on posts altogether?

“Very interested in your proposal to remove ALL in-line comments for vaccine posts as a stopgap solution until we can sufficiently detect vaccine hesitancy in comments to refine our removal,” one Facebook employee wrote on March 2.

Instead, Facebook CEO Mark Zuckerberg announced on March 15 that the company would start labeling posts about vaccines that described them as safe.

The move allowed Facebook to continue to get high engagement — and ultimately profit — off anti-vaccine comments, said Ahmed of the Center for Countering Digital Hate.

It’s unrealistic to expect a multi-billion-dollar company like Facebook to voluntarily change a system that has proven to be so lucrative, said Dan Brahmy, CEO of Cyabra, an Israeli tech firm that analyzes social media networks and disinformation. Brahmy said government regulations may be the only thing that could force Facebook to act.

“The reason they didn’t do it is because they didn’t have to,” Brahmy said. “If it hurts the bottom line, it’s undoable.”

Bipartisan legislation in the U.S. Senate would require social media platforms to give users the option of turning off algorithms tech companies use to organize individuals’ newsfeeds.

Sen. John Thune, R-South Dakota, a sponsor of the bill, asked Facebook whistleblower Haugen to describe the dangers of engagement-based ranking during her testimony before Congress earlier this month.

She said there are other ways of ranking content — for instance, by the quality of the source, or chronologically — that would serve users better. The reason Facebook won’t consider them, she said, is that they would reduce engagement.

“Facebook knows that when they pick out the content … we spend more time on their platform, they make more money,” Haugen said.

Internal Facebook research presented on March 24 warned that most of the “problematic vaccine content” was coming from a handful of areas on the platform. In Facebook communities where vaccine distrust was highest, the report pegged 50% of anti-vaccine pageviews on just 111 — or .016% — of Facebook accounts.

On that same day, the Center for Countering Digital Hate published an analysis of social media posts that estimated just a dozen Facebook users were responsible for 73% of anti-vaccine posts on the site between February and March. It was a study that Facebook’s leaders in August told the public was “faulty,” despite the internal research published months before that confirmed a small number of accounts drive anti-vaccine sentiment.

Earlier this month, an AP-NORC poll found that most Americans blame social media companies, like Facebook, and their users for misinformation.

“Facebook has taken decisions which have led to people receiving misinformation which caused them to die,” Ahmed said. “At this point, there should be a murder investigation.”

See full coverage of the “The Facebook Papers” here: https://apnews.com/hub/the-facebook-papers

Weverse Issues Apology After BLACKPINK Notifications Were Sent To The Wrong...