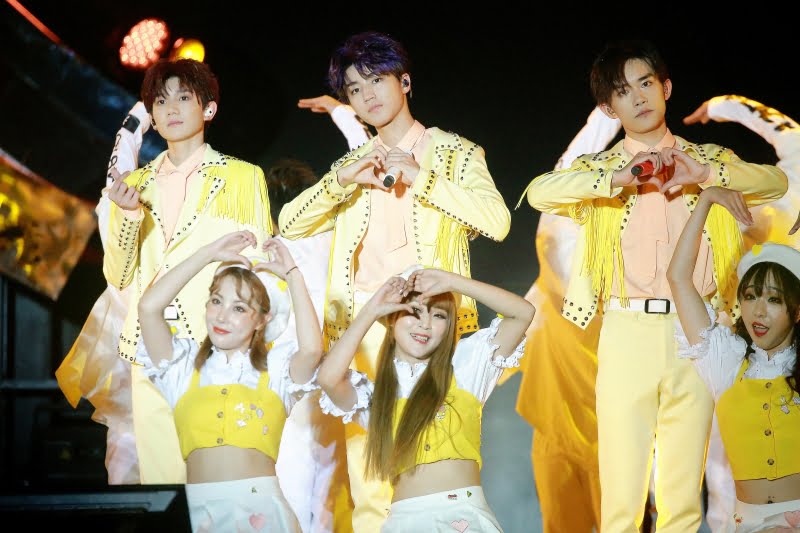 Youth with You was a popular streaming show in China, in which clean-cut young men sang and danced, guided by established pop star mentors, as they competed to form a new boy band. To vote for a contestant in the latest season this past spring, viewers needed to scan a QR code on the bottle from a particular brand of milk and yogurt. Superfans did just that, buying millions of dollars of dairy.

Accusations started circling that much of the milk was being resold or even wasted. In April, a viral video appeared to show voters dumping liters of dairy down the drain. The ensuing outrage, culminating in a scathing May 4 editorial by the state-run Xinhua news agency, caused filming to be suspended.

Western stars like Taylor Swift and Nicki Minaj have devoted, at times toxic, fan bases. But in China, even relatively obscure internet celebrities or talent show contestants attract rabid fans who pool their time and money to support a particular idol—sometimes to extremes.

Last year, devotees of actor Xiao Zhan provoked authorities to shut a fan fiction site by complaining it was “pornography,” the BBC reported; fans were upset that a piece depicted the actor as a cross-dressing teen pining over a male celebrity. Followers of the site then called for a boycott of Xiao Zhan-endorsed products, and both sides were accused of doxing and cyberbullying the other. Even more notoriously, a group of fans mused online about ways to spring Kris Wu, a China-based Canadian singer who’s being held on suspicion of rape, from detention.

In August, Chinese officials said they had had enough. The government issued expansive guidance to control the “chaos” of celebrity culture and fan clubs. The Cyberspace Administration of China banned the ranking of celebrities by popularity on social media and told platforms to control the participation of people younger than 18. Platforms were told not to induce fans “to consume” or require people to buy something to vote in talent shows. Management companies were directed to control fan groups and stem squabbles between rival factions.

The measures aimed at the entertainment industry come amid Chinese president Xi Jinping’s “common prosperity” campaign. Previous actions have taken aim at the education sector, real estate, food delivery apps, and big tech companies. The focus on celebrity culture reaches into the devices of young people, aiming to control the cultural, political, and moral content of what appears on their screens.

American parents may wish that their children would spend less time watching influencers like Addison Rae on TikTok and buying her beauty products. And US government officials have called on TikTok to do more to police the content served to minors, such as the “devious licks” challenge, in which students posted videos of themselves trashing school property. (TikTok banned the term and took down many of the videos.) But China’s measures stand out for their specificity, and the speed with which they emerged.