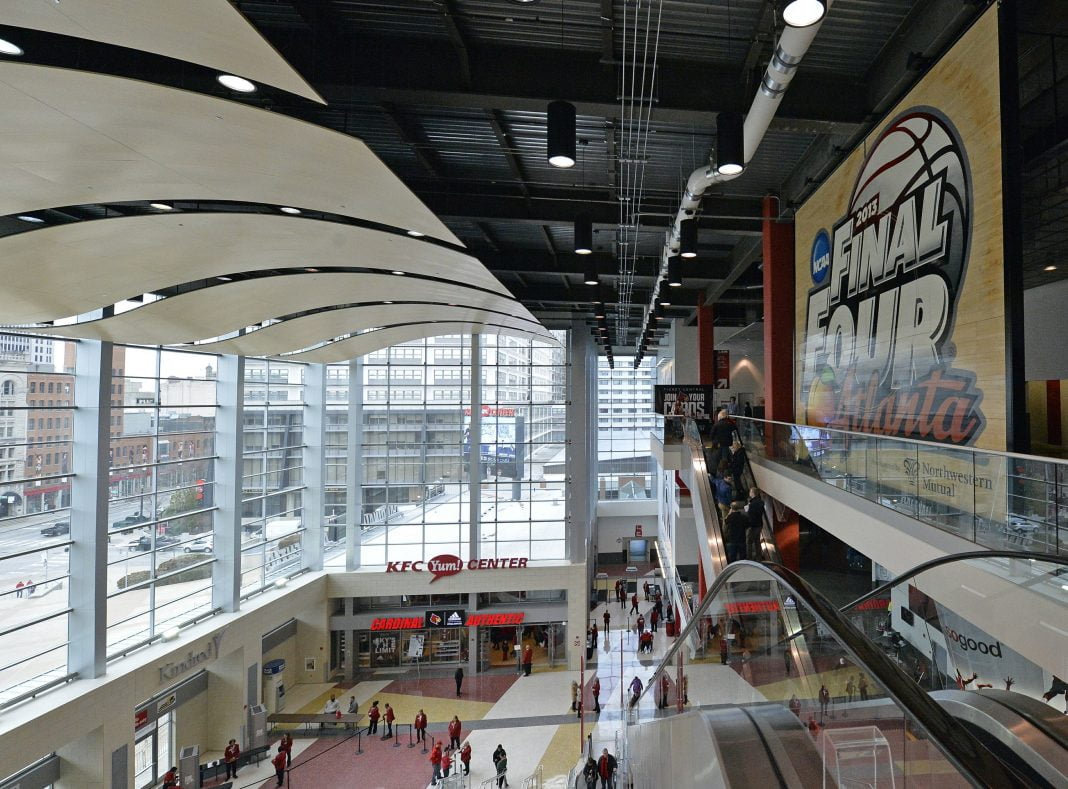 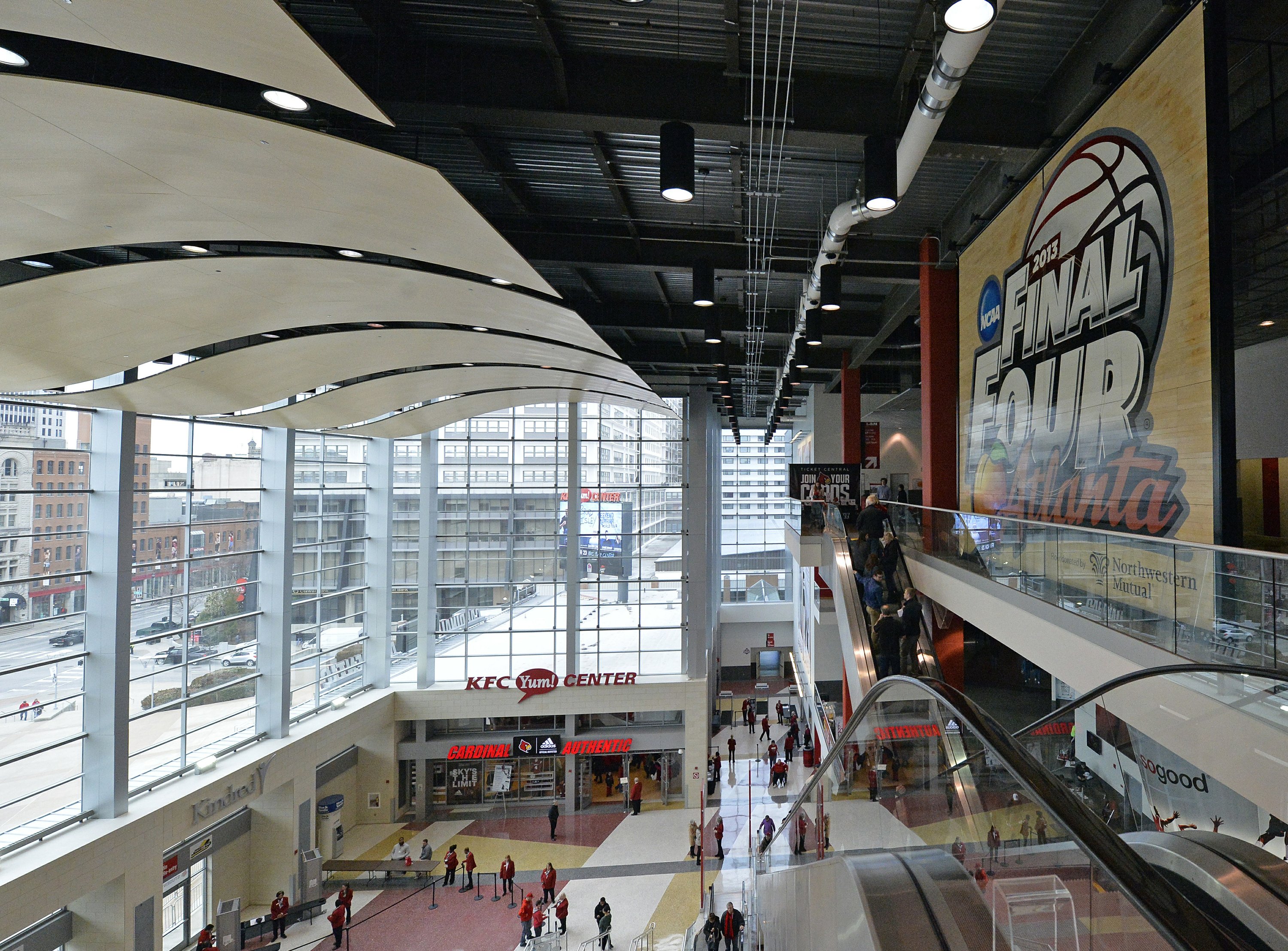 LOUISVILLE, Ky. (AP) — Louisville officials are not happy with the NCAA’s decision that mandates the school vacate its 2013 men’s basketball championship in the wake of an embarrassing sex scandal, and interim President Greg Postel did not hide his disappointment.

It’s the first time a Division 1 men’s basketball program has been stripped of a national title. While acknowledging the scandal was unacceptable, Postel believes the school’s cooperation with the NCAA should have counted for more than it did.

But Tuesday Louisville announced that an NCAA appeals panel had upheld sanctions against the men’s program. As a result, the Cardinals have to vacate not only the championship, but 122 other victories and return about $600,000 in conference revenue from the 2012-15 NCAA Tournaments.

“I cannot say this strongly enough: We believe the NCAA is simply wrong,” Postel said Tuesday. “We disagree with the NCAA ruling for reasons we clearly stated in our appeal. And we made a strong case — based on NCAA precedent – that supported our argument.”

Louisville may have presented a strong case, but the NCAA had its own convictions.

The decision by the governing body’s Infraction Appeals Committee ruled that the NCAA has the authority to take away championships for what it considers major rule violations. In the eight-page decision, the NCAA also refuted Louisville’s position that the governing body exceeded its boundaries and didn’t follow its own precedent established in other cases.

Louisville now must forfeit its third NCAA title, victories and income from 2011-15, part of the timeframe during which the violations occurred. The decision is the culmination of the NCAA’s investigation that followed allegations in a 2015 book by escort Katina Powell that former Cardinals basketball staffer Andre McGee hired her and other dancers to strip and have sex with recruits.

Former coach Rick Pitino repeatedly denied knowing about the activities described in Powell’s book, but the blemish on the program will never be forgotten — not after Tuesday’s sanctions.

Besides taking down the red-and-white banner that hung beside the American flag and two other title flags in the Cardinals’ downtown arena, Louisville must erase wins before and after that championship along with other records.

That process started almost immediately. Basketball spokesman Kenny Klein confirmed by Tuesday evening that both the 2013 title and 2012 Final Four banners were removed from the rafters at the KFC Yum! Center.

“From Day One, the university has admitted that the actions of the former operations director and any others involved under previous leadership were offensive and inexcusable,” Postel said in his statement. “That is why we apologized immediately, cooperated fully with the NCAA, self-imposed penalties that were appropriate to the offenses and made significant changes to ensure incidents like this never happen again.

“Under the NCAA’s own rules, this cooperation should have been a factor in the severity of the punishment. Instead, it was ignored.”

Interim athletic director Vince Tyra said the NCAA process was “unusual” compared to a federal organization such as OSHA (Occupational Safety and Health Administration), where he said guidelines are more black-and-white.

“With the NCAA, there are bylaws which seem to be guidelines and then there’s great discretion on the guidelines,” Tyra said. “It’s very difficult to follow and set precedent. That was certainly an unusual experience.”

The school’s own investigation into the allegation revealed that violations occurred and resulted in a self-imposed postseason ban nearly two years ago. Louisville later imposed scholarship and recruiting restrictions in an effort to mitigate further NCAA discipline.

While the NCAA accepted Louisville’s actions, it went further with harsher sanctions last June that included:

— A five-game suspension of Pitino, who was fired in October following Louisville’s acknowledgement that it was being investigated in a federal bribery probe of college basketball. That measure included a show-cause penalty for Pitino, whom the NCAA criticized for failing to monitor McGee and ignoring multiple red flags;

— Four years’ probation, along with the vacation of those wins and appearances in the 2012 and 2013 Final Fours;

— Show-cause penalties for McGee, who is no longer coaching;

— Postel estimates the return of about $600,000 in NCAA Tournament revenue.

“This dark cloud has hung over our heads for more than two years, and it has had a negative impact on our athletics program, our fans and the entire university family,” Postel said. “While we disagree with the NCAA’s decision, it is time for the university to close this chapter and move forward with a stronger commitment to excellence on and off the court.”

Interim coach David Padgett said he talked to his team about the announcement and texted several former players from that title squad, reminding them of their achievement.

“This doesn’t change what you did. You won 16 games in a row, you went 35-5 and cut down the nets in Atlanta,” Padgett said he told former Cardinals. “You don’t need a banner to know you’re a national champion.”

The NCAA’s decision can’t erase what actually happened, but it does remove some of the tangible reminders at Louisville.

And with the ongoing corruption investigation, more changes could be looming on the horizon.