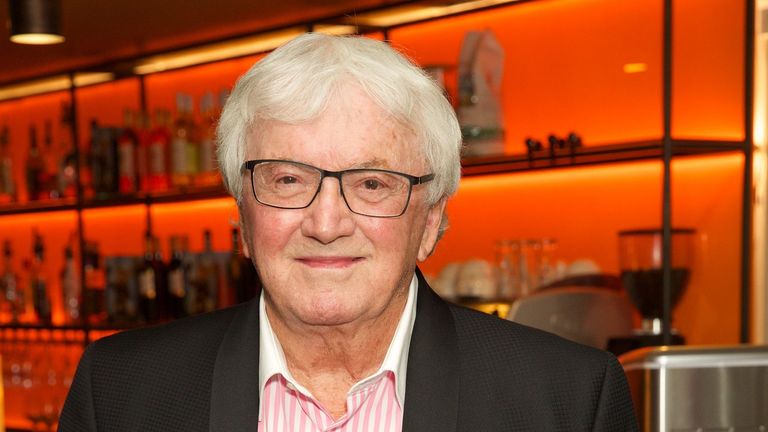 As well as writing for Bond and Willy Wonka and the Chocolate Factory, he also penned music for Scrooge, Doctor Dolittle, Harry Potter, Superman and Hook during his seven-decade-long career.

Image: Leslie Bricusse has died at the age of 90. Pic: Piers Allardyce/Shutterstock

The songwriter behind tracks such as Pure Imagination from the 1971 Willy Wonka film and the theme to Goldfinger has passed away at the age of 90.

Announcing his death on Instagram, close friend Dame Joan Collins called Leslie Bricusse “one of the greatest songwriters of our time”.

Collins added: “He and his beautiful Evie have been in my life for over 50 years. I will miss him terribly, as will his many friends.”

His agent confirmed Bricusse passed away in his sleep on Tuesday morning in Saint-Paul-de-Vence, France.

As well as writing for Bond and Willy Wonka and the Chocolate Factory, he also penned music for Scrooge, Doctor Dolittle, Harry Potter, Superman and Hook during his seven-decade career.

A decorated songwriter, he won a Grammy in 1963 for the song What Kind of Fool Am I? from Stop The World I Want To Get Off, and two Oscars for Talk To The Animals and Victor/Victoria in 1968 and 1982 respectively.

Bricusse is also a member of the songwriter’s hall of fame and in 2001 was awarded an OBE.

Doctor Who: Jodie Whittaker says she will be ‘filled with grief’ after leaving the show

David Walliams was among those paying tribute, writing on Instagram: “A fond farewell to my friend the legendary songwriter Leslie Bricusse.

“His list of songs is iconic. Goldfinger. You Only Live Twice. Feeling Good. Pure Imagination. The Candy Man. Talk To The Animals.

“Leslie was the best company. The greatest storyteller. The perfect host. The kindest man. It was an honour to know him.” 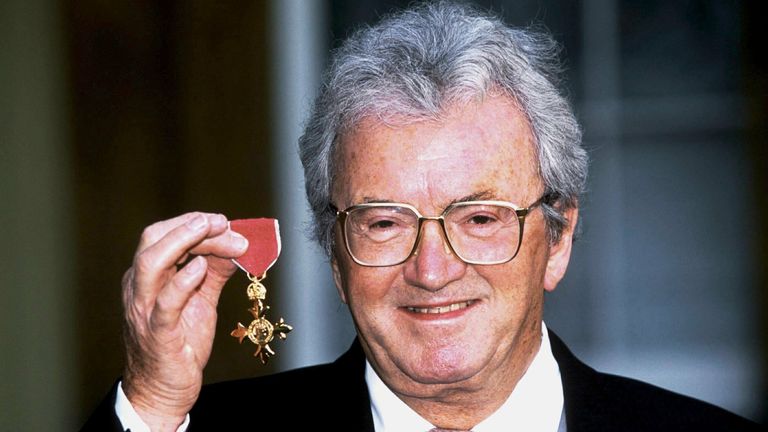 Image: Bricusse was the recipient of an OBE. Pic: Nils Jorgensen/Shutterstock

He was born in January 1931 and studied at Cambridge, where he was president of the Footlight Revue Club – the institution’s drama club.

The songwriter went on to marry his wife Evie and later had a son, Adam.

In his autobiography, he described himself as “one of the luckiest people I know, second only perhaps to Ringo Starr.”

Coyne still in talks with Grosjean but Andretti rumors mount