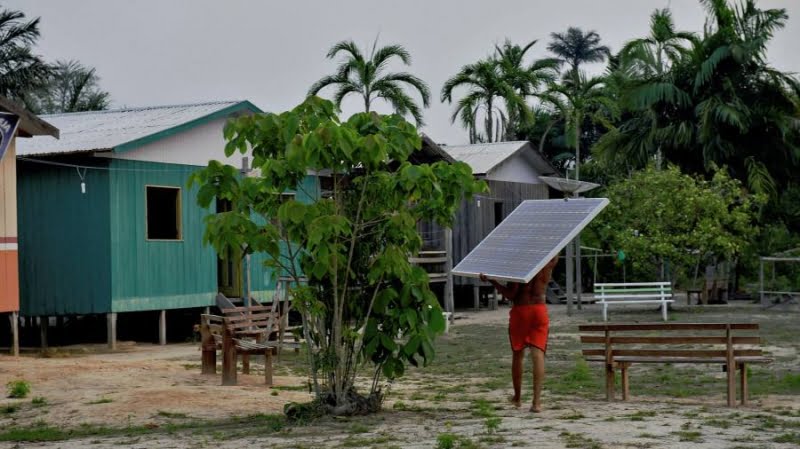 The United States hopes to regain ground lost to China in Latin America with an ambitious new initiative to finance infrastructure.

Foreign investment in Latin America was long dominated by the US and Europe, but over the past 15 years Chinese policy banks have funneled more than $ 137 billion of investment to governments and state corporations in the region. according to a database compiled by the Inter-American Dialogue in Washington.

At the same time, China has become the largest trading partner for Brazil, Chile and Peru and is close to achieving that status in Argentina. During the pandemic, a wave of Chinese donations of medical equipment and supplies, followed by the first vaccine sales, led to talk of Beijing’s “mask diplomacy.”

US President Joe Biden’s deputy national security adviser said Washington was not asking the region to choose between the United States and China. “We are there to compete because we believe we have a better product,” Daleep Singh told the Financial Times after a tour of Colombia, Panama and Ecuador to describe the initiative.

Target areas included renewable energy, digital technology, medical equipment and loans to smaller businesses run by women, Singh said. “We decided to do our first listening tour of Latin America. . . given the proximity to the United States and our primary interest there. “Other regions will follow.

Panama’s Foreign Minister Erika Mouynes said the U.S. initiative was a welcome and positive development as the region worked its way out of the coronavirus-induced recession. “We would love to have more investment of anyone,” he told the FT.

Under the current administration of Panama, “the United States is frankly the first to propose an initiative [and] hopefully we will see some key components materialize ”. Panama had proposed investments in potable water and broadband access in rural areas, as well as financing for small and medium-sized companies led by women, but specific amounts were not discussed, he added.

Margaret Myers, China-Latin American expert on the Inter-American Dialogue, questioned the impact that the US initiative would have. “If this is supposed to be an answer to [China’s] Belt and Road Initiative, BRI is not just about infrastructure, ”he said. “It also focuses on many other areas, such as boosting trade and mainstreaming public diplomacy. . . and financial connectivity “.

The first investments and Chinese trade in Latin America focused on traditional areas such as raw materials, but more recent agreements have concentrated on higher value sectors such as smartphones, 5G infrastructure, surveillance technology, cloud computing, energy renewable energy and electricity transmission, Myers said. “It is very difficult to compete with China at the moment. . . China is already very well established in many of these highly competitive sectors. “

Christopher Sabatini, senior fellow for Latin America at Chatham House, said Build Back Better World was a welcome change from the Trump-era policies of “caring about China and offering no alternatives.”

But he questioned how much new money would be available. “The US bilateral development budget has been cut a lot,” he said. “Where will the money come from?.. It is not clear how this will leverage the private sector, especially when Latin America’s growth potential is stagnating or declining.”

The combined health and economic impact of the coronavirus pandemic in Latin America was one of the worst in the world. The region’s economies contracted 7 percent last year. Although they have recovered this year, growth in 2022 will slow dramatically, according to IMF forecasts.

Singh declined to specify how much new funding would be available, saying only that the Biden administration’s ambition was to “mobilize hundreds of billions of dollars for this effort” globally. Among the ideas being considered was increasing the capacity of the United States government to make capital investments in projects.

“There is no Build Back Better for Latin America and the Caribbean without the funding and experience to implement these infrastructure projects,” said an official from an international financial institution. “The problem is that the United States government does not finance. The DFC can be a wonderful tool. . . But right now he doesn’t have the money or the experience to really make an impact on these kinds of projects. “

Video: Will China Become the Center of the World Economy?

Healthy BBQ Alternatives to the 10 Most Popular Dishes of Summer

Hulu is the Exclusive Streaming Partner for Lollapalooza 2021