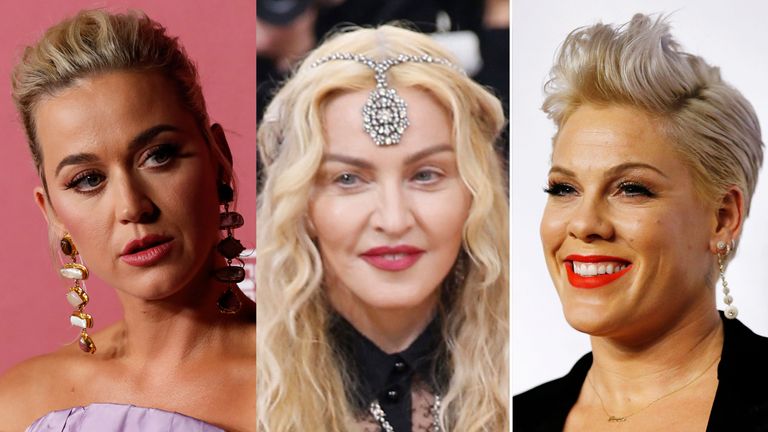 Image: Katy Perry (L-R), Madonna and Pink were named as the top three most played female artists of the 21st century

Pink, Madonna and Katy Perry are among the most played female artists of this century.

Pink has topped the list of most played female artists in the 21st century, according to a chart compiled by a music licensing company.

The American pop star has had three number one albums in the UK and a slew of accolades including three Grammys, seven MTV Video Music Awards and an Emmy.

She came to international prominence with her debut album Can’t Take Me Home, which was released in 2000. 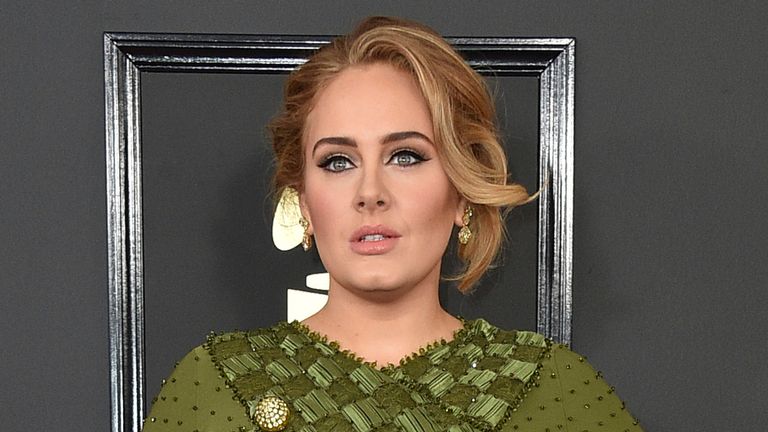 Image: Adele’s second album was one of the most successful releases of all time. Pic: Jordan Strauss/Invision/AP

Madonna was second thanks to hit records like True Blue, Ray Of Light and music over the course of a career spanning four decades.

Katy Perry came in third partly due to the popularity of her third album Teenage Dream, while Rihanna and Lady Gaga were ranked fourth and fifth respectively.

The UK’s contributions include Adele in sixth place and Little Mix in ninth.

Adele’s second album 21 sold more than five million copies and won album of the year at the Grammys and the Brits, becoming one of the most successful releases of all time.

The singer is set to release a new single next week called Easy On Me.

The chart was compiled by music company PPL from music usage and airplay data from UK radio stations and television channels.

Its release is part of celebrations leading up to National Album Day on 16 October, which is celebrating female musicians this year.

Kylie Minogue, who came eighth, said it was “such an honour to be one of the UK’s most played female artists of the 21st century and to be in such great company”.

She added: “It’s mind-blowing to me and I’m so touched to know my music is continuing to be enjoyed by so many people.”

Peter Leathem, chief executive officer at PPL, called National Album Day a “fantastic platform to showcase the importance of the album format” and said their chart “brings together an incredible array of talent who have recorded some of the UK’s favourite music, including a number of the biggest and most influential albums of all time”.