Home POLITICS Conservative conference 2021: Sunak pitches the promise of a better future, but... 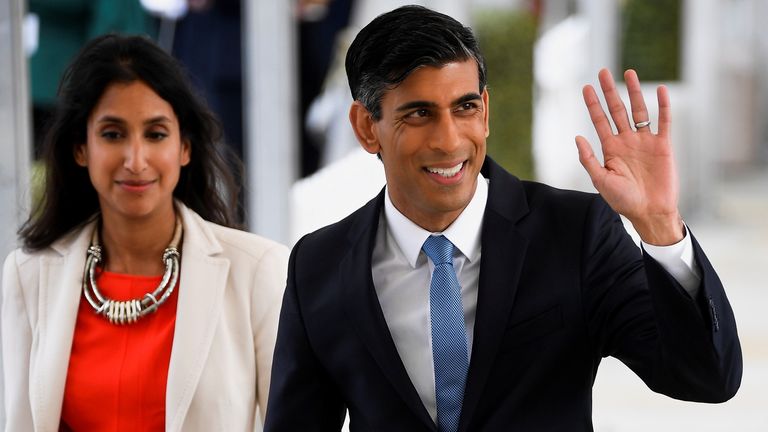 Image: Rishi Sunak walks to the conference centre ahead of his speech. Pic: REUTERS/Phil Noble

The chancellor painted an optimistic vision, but the challenge for the government is whether that promise of a better future is enough to sustain people in the midst of supply shortages and rising living costs

For a chancellor who came into office on the cusp of a global pandemic which forced his hand on policy-making, this speech was the reset moment for Rishi Sunak.

Setting up the differences between Labour and the Conservatives on economic policy, a well-rehearsed path walked by most chancellors over the years, Mr Sunak’s speech was all about setting the scene for how things will work in the years ahead.

There was a tough message for those who may not be ready to hear it on the cost of the pandemic and how difficult rebalancing the nation’s finances is going to be. 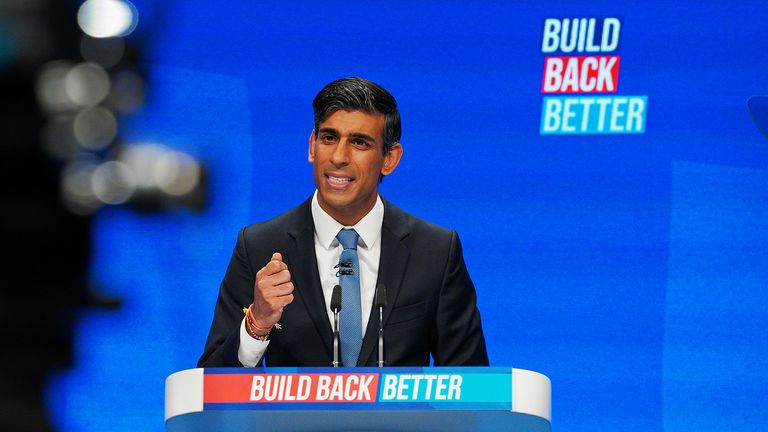 There was a nod to the direction this chancellor believes the government needs to take to make that rebalancing a reality, while delivering on the so-called levelling up agenda too. Jobs, wages and skills were at the heart of this speech.

But for anyone expecting a rabbit out of the hat moment, they would have been left asking – “was that it?”.

A pre-briefed announcement about extra funding to help people find jobs was at the heart of the policy section, with a second extension on an already-announced pledge on AI scholarships for disadvantaged young people; designed to shift the economy towards new technology and skills for the future.

But there was no “big bang” moment. In reality, that’s no surprise – the budget is coming and the party is riding high in the polls, there was no need for a big moment in this speech, that will be for the prime minister in his address on Wednesday.

Conservative conference 2021: Ministers want to ‘tough out’ labour shortages, but some Tories believe flexibility will be needed

But there are difficult questions which still need an answer.

Shifting the economy to a new model of higher wages and better skilled work is admirable, but it will come with a teething period which people will feel in their pockets. 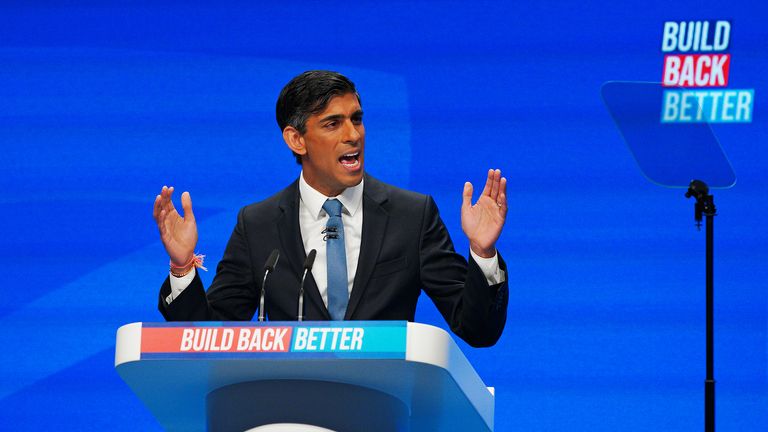 Policy speeches are all well and good, but if people are feeling the pinch they just don’t mean very much.

The party has to hope that the promise of a better future is enough to sustain those struggling through what could be a tough few months.

Finally, it wouldn’t be a chancellor’s conference speech without a cheeky nod to a future leadership bid and Mr Sunak’s comments on Brexit felt very much of this trend.

“I put my principles first and I always will” he told an appreciative audience to applause.

He was reaffirming his long term plan for the economy, that any difficulties as a result of leaving the EU will be worth it in the long run.

But the underlying message about his principles won’t have been lost on the party either.

Turkey remains on red list despite ‘expecting’ to move to amber...