Home MOVIES Netflix ‘Derry Girls’ to End With Season 3 on Netflix & Everything We... 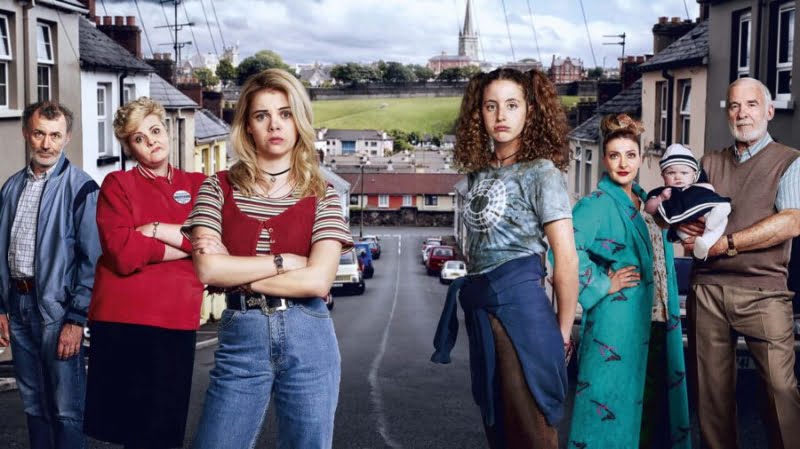 Derry Girls will be returning for a third season and final season but be prepared for a long wait as COVID-19 has pushed filming of the show much later than originally anticipated. Here’s what you can expect from season 3 of Derry Girls and when you can expect it on Netflix (hint: it won’t be until 2022 at the earliest).

In case you’ve missed it, Derry Girls is a comedy series based in Northern Ireland and follows four teen girls in high school getting up to all kinds of shenanigans.

It’s classed as a Netflix Original but is, in fact, produced by Channel 4 in the UK and internationally distributed by Netflix. There have been multiple Channel 4 shows that’ve come to Netflix exclusively over the past few years in a similar manner such as The End of the F***ing World and The Great British Bake Off.

Season 2 is now on Netflix across the world as of August 2nd, 2019. With that said, those in the United Kingdom will likely still have roughly a year’s wait before streaming it there.

Has Derry Girls been renewed for season 3?

Yes, you’ve read that correctly you won’t have to wait at all when it comes to learning the fate of season 3 as it has already been confirmed.

Thanks to the show’s success on Channel 4 and how it performed internationally via Netflix, it was given an instant renewal when season 2 wrapped up in April 2019. 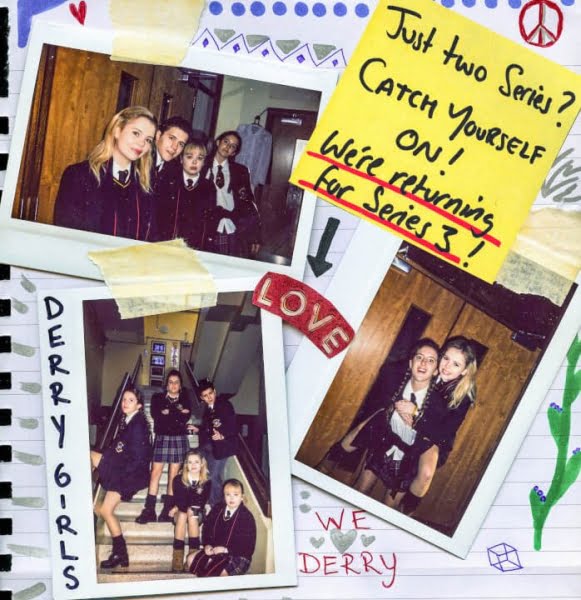 On the renewal, Lisa McGee who serves as the showrunner and creator said the following: “I love writing this show and I’m so thrilled to be able to continue the Derry Girls story, thank you Channel 4, Erin, and the eejits live to fight another day!”

However, it was recently announced by McGee, in a statement on Twitter, that Derry Girls would conclude after 3 seasons on Netflix and Channel 4. 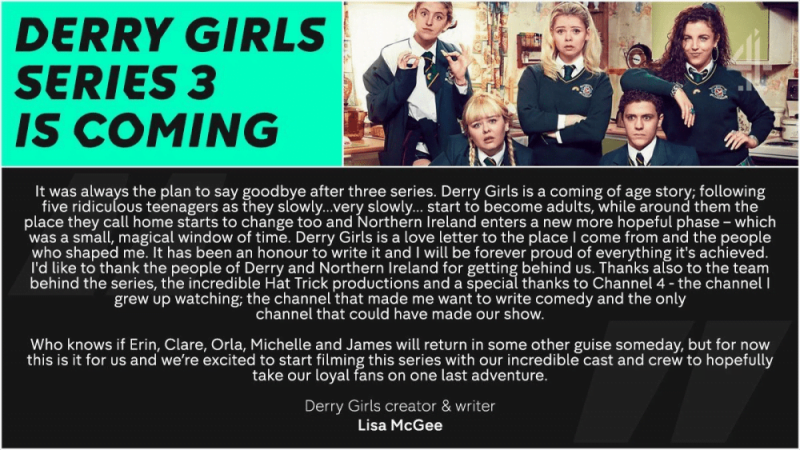 What to expect from Derry Girls season 3

The show’s third season is expected to take place around the same time as the Good Friday Agreement takes place. That means the series is roughly set around 1998 for season 3.

The main cast members are believed to be around 17 for the new season.

“They’re going to be forced to grow up a bit this series [but] they’re still eejits, they still get into a lot of trouble, and embarrass themselves and do all those things you’d expect the Derry Girls to do, but they do have to face some big things this time.”

When will Derry Girls season 3 be on Netflix US?

As you may know with British shows, they often don’t stick to a consistent release schedule.

Derry Girls had, however, stuck to a yearly schedule (give or a take a few months) and we did originally expect it to arrive in either late 2020 or 2021. However, that now looks like it’s not going to happen thanks to the C-word we’ve all be living with throughout 2020. According to DigitalSpy, production was originally due to begin in June 2020.

According to ProductionIntelligence, a site that tracks UK productions, filming is currently not set to start until “late 2021”.

In an interview with The Irish Mirror, Tara Lynne O’Neill who plays Ma Mary confirmed that filming is taking place in 2021 with the view to release the show in early 2022. She told the Mirror:

So what will happen is that the show will air first in the UK on Channel 4 and then come to Netflix in the US and most other territories soon after. Netflix UK will face another long wait.

One other thing we should quickly note is that the show is also currently planned to get a movie release too. Whether this is in lieu of a fourth season remains to be seen.

We’ll be updating this post as we learn more about season 3 of Derry Girls and when it’ll be on Netflix. Let us know in the comments if you’re excited for more Derry Girls.

Westworld season 4: Release date, trailer, cast and everything we know...