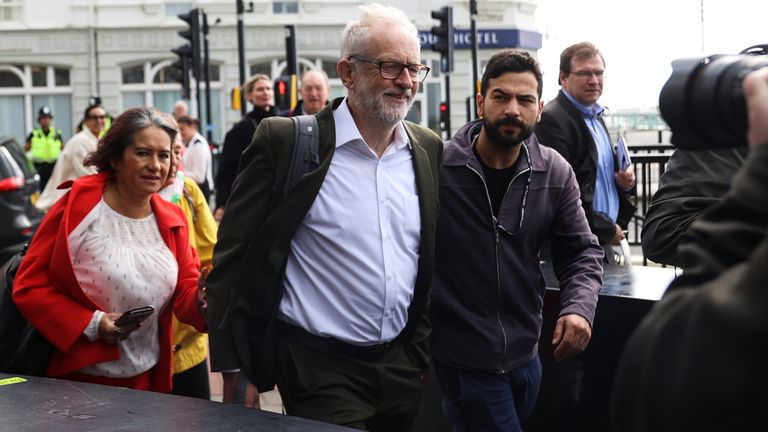 Sir Keir Starmer has been rocked by the resignation of Andy McDonald as shadow secretary of state for employment rights and protections midway through Labour’s party conference in Brighton.

Ex-Labour leader Jeremy Corbyn has revealed he spoke to Andy McDonald before he announced he was quitting Sir Keir Starmer’s top team – but he denied there had been “some deep-laid Machiavellian plot”.

Sir Keir has been rocked by the resignation of Mr McDonald as shadow secretary of state for employment rights and protections midway through Labour’s party conference in Brighton.

Mr McDonald, who has been MP for Middlesbrough since 2012, previously served in Mr Corbyn’s shadow cabinet and is a left-wing ally of Sir Keir’s predecessor.

Asked by Sky News at a Labour conference fringe event whether he had spoken to Mr McDonald before his resignation, Mr Corbyn said he spoke to him “several times” on Monday.

“We had a series of private conversations as very close friends,” he said. “I’m not going to say what took place in those conversations.

“They were private conversations. I was there to give Andy support in whatever decision he decided to make.

“He’s a great guy, a good friend, a brilliant MP and has so much to offer and give to our movement and I have a lot of admiration for him.”

Pressed on whether Mr McDonald’s resignation was a “planned sabotage” of Sir Keir’s first in-person party conference as Labour leader – as has been suggested by shadow Scottish secretary Ian Murray – Mr Corbyn told a Daily Mail reporter: “Andy was faced with an issue in which he couldn’t in all conscience do what he was asked to do and refused to do it, and therefore resigned.

“Andy is a natural collegiate player, he’s a natural part of the team.” 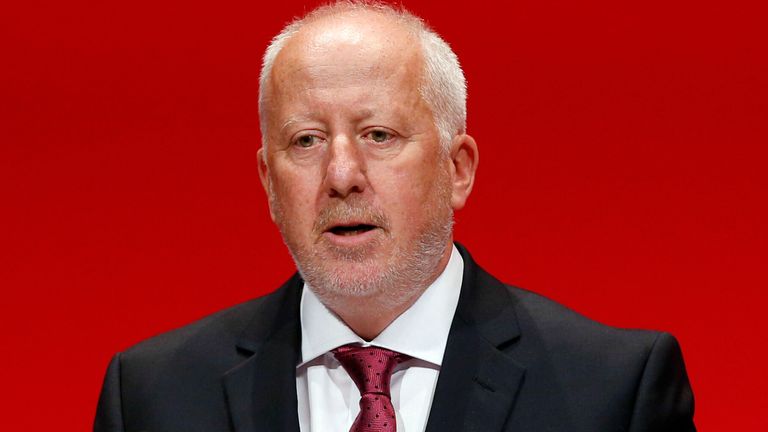 And Mr Corbyn quipped: “If it had been some deep-laid Machiavellian plot to announce a resignation on a particular afternoon in Brighton, it would have leaked out weeks ago!”

Labour’s former shadow international trade secretary Barry Gardiner, appearing at the same fringe event as Mr Corbyn, added: “If this had been some sort of Machiavellian plot, why do you think Andy would have gone back to London?

“He was actually originally going to be speaking here about fire and rehire, which he’s absolutely passionate about.

“He knew that he could get an audience from yourselves and do that.

Subscribe to the All Out Politics podcast on Apple Podcasts, Google Podcasts, Spotify, Spreaker

Mr Corbyn’s arrival at the fringe event was accompanied by a chorus of “Oh, Jeremy Corbyn” by Labour members.

And, speaking earlier, former shadow chancellor John McDonnell called on Sir Keir to invite Mr Corbyn back as a Labour MP during his keynote conference speech on Wednesday, as part of a bid to help soothe the party’s divisions.

Mr Corbyn has been suspended as a Labour MP, although he remains a party member, since an antisemitism row last year.

“If he got up tomorrow lunchtime and said ‘I’d like to welcome Jeremy Corbyn back to the Parliamentary Labour Party’, it would send a message out to our rank and file members that we are coming together,” Mr McDonnell said.

He added that Mr Corbyn had a support that Labour needed to “win the next election”.

Mr McDonnell also told the event that Sir Keir should accept a conference motion on a £15 per hour minimum wage – an issue that Mr McDonald highlighted as one of the reasons behind his resignation – and invite Mr McDonald back to his shadow cabinet role.

The Best Dame Sex Toys, According to Reviews

‘Change in tone’ from UK in latest talks on Northern Ireland...