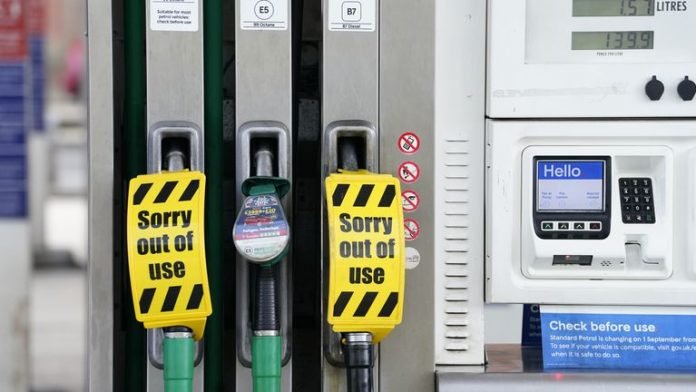 Image: The HGV shortage has led to fuel supply issues and in turn sparked instances of panic buying of petrol

Speaking to Kay Burley from the Labour Party conference in Brighton, Rachel Reeves says: “To deny that I think flies in the face of reality.”

Brexit is “obviously a contributory factor” to the shortage of HGV drivers that is having a knock-on effect across the economy, the shadow chancellor has told Sky News.

Speaking to Kay Burley from the Labour Party conference in Brighton, Rachel Reeves said: “To deny that I think flies in the face of reality.

Fuel supply crisis: Live updates as drivers queue outside petrol stations and cause congestion on roads 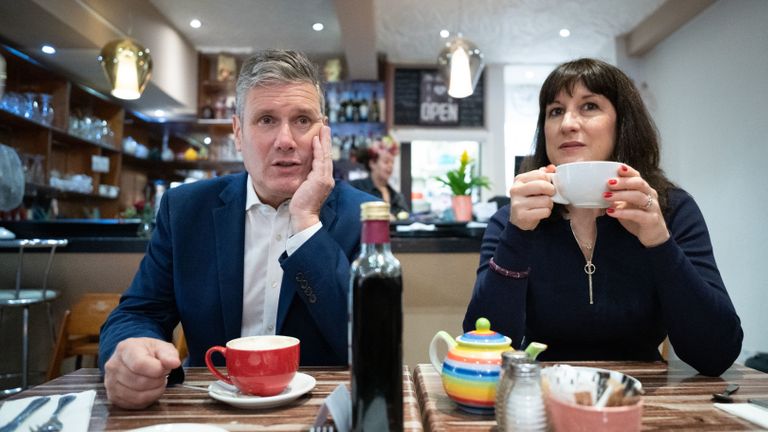 “There are other problems as well, an ageing workforce, problems with the pandemic.

“But when you cut off a supply of labour which we did when we left the European Union then you are of course contributing and adding to problems.”

She was responding to comments from Transport Secretary Grant Shapps, who told Sky News last week: “I’ve seen people point to Brexit as if it’s the culprit here. In fact, they’re wrong.”

Frontbench colleague David Lammy went further, telling a party conference fringe event that the UK’s fuel crisis was “a direct result” of Boris Johnson’s Brexit deal and Labour should hold the government “to account for their mess”.

Fuel supply crisis live: Up to 90% of some brands ‘running dry’ – amid fears crisis could last until Christmas

The shadow justice secretary called on his party to not take Brexit issues “off the table”, although he cautioned the opposition should not “rehearse” old arguments on the UK’s exit from the EU.

Commenting on the panic-buying of fuel, Mr Lammy said: “This fuel crisis is a direct result of the decision to exit the EU in the way that Boris Johnson has done. There are no queues for petrol in France, or Germany, or Spain at this moment. 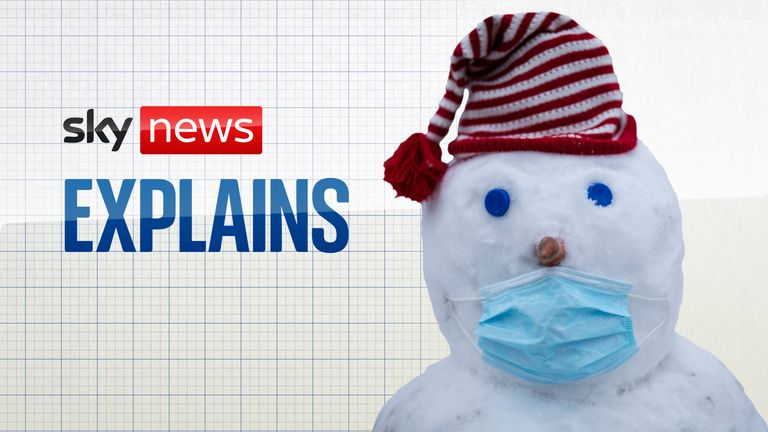 “Yes there are some issues with lorry drivers. But the truth is we came out the customs union and those drivers are now subject to tariffs and, surprise, surprise, they’re not coming here because they’re not getting paid as much.

“We have to hold them to account for their mess.”

Mr Lammy, who revealed at the weekend that he drove for five miles and queued for two hours to get fuel himself, added that “another problem” for the government was the “immigration debate that they stoke” which, he said, “makes them nervous about handing out visas” for foreign workers.

The HGV shortage, which has been estimated at more than 100,000 drivers, has led to fuel supply issues and in turn sparked instances of panic buying of petrol.

Supermarkets have also in some cases struggled to fill their shelves. 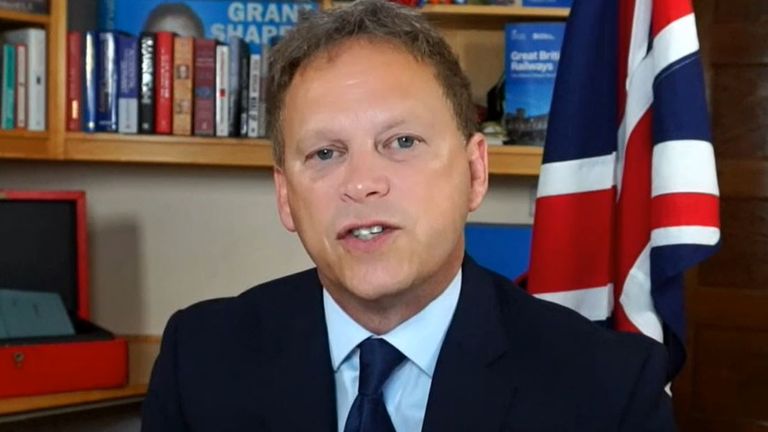 The government is considering using the army to help with fuel deliveries as some petrol brands report as many as 90% of their sites running dry.

One petrol station reported a 500% spike in demand compared to last week, with motorway service stations being given refill priority.

Downing Street announced on Sunday that it would temporarily suspend competition laws to allow the fuel industry to target petrol stations most in need of fresh supplies.

Business Secretary Kwasi Kwarteng met industry executives on Sunday to try to find a way through supply chain pressures that have led to panic-buying of fuel.

It estimated around 30% of its 1,200 UK sites do not currently have either of the main grades of fuel.

Ms Reeves accused ministers of failing to “get a grip on the crisis” and “we’re now seeing that play out on garage forecourts and in our supermarkets”.

She continued: “The government, instead of denying the problem and blaming others, which is what Grant Shapps was doing at the weekend, they need to get a grip and sort out these problems.

“Because frankly it’s not fair and it’s not right that ordinary working people are queuing for hours on end to get petrol to go about their day-to-day business.”

London mayor Sadiq Khan echoed his Labour colleague’s criticism, telling Sky News that “we knew for some time that this was going to happen” and the government had “taken their eye off the ball and it’s ordinary people who are suffering”.

He said some care workers, NHS staff and taxi drivers have been unable to fill up.

“We are working with the DfT [Department for Transport] to do what we can to make sure we have fuel being provided particularly for those key workers across our city,” Mr Khan said.

The shadow chancellor was speaking ahead of her speech to conference, in which she will promise that a future Labour government would scrap business rates as part of “the biggest overhaul of business taxation in a generation”.