Home SPORT The Latest: All matches on course on Day 1 at Ryder Cup 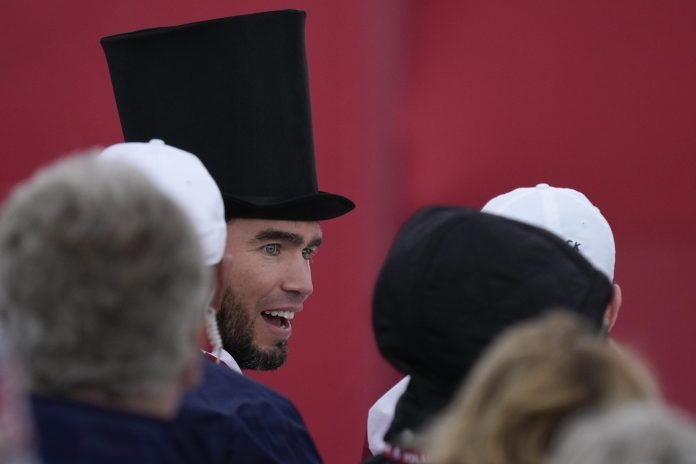 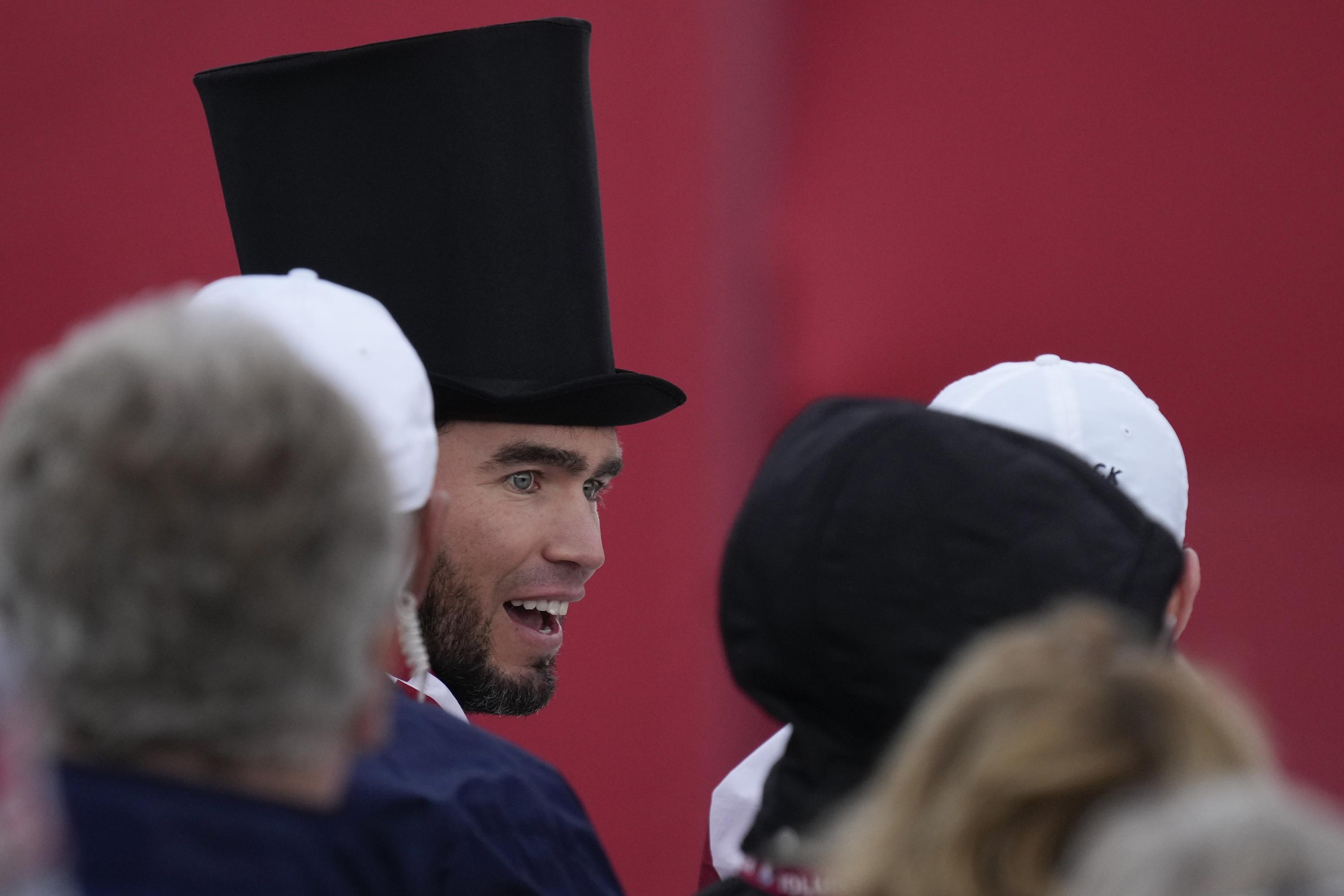 SHEBOYGAN, Wis. (AP) — The Latest on the Ryder Cup (all times CDT):

The star of the show early on Day 1 at the Ryder Cup is Jon Rahm’s putter.

The top-ranked Spaniard has made 84-feet worth of birdie putts over the first seven holes to stake himself and Sergio Garcia to a 1-up lead over Justin Thomas and Jordan Spieth.

Rahm has made putts of 12, 14 and 58-feet over the first seven holes. The 12-footer on the par-3 seventh forced Thomas to make an 8-footer to tie but the American’s putt fell off to the right.

But that’s the only match the Europeans are leading.

Paul Casey and Viktor Hovland are tied with Dustin Johnson and Collin Morikawa after six; Brooks Koepka and Daniel Berger are 2 up over Lee Westwood and Matt Fitzpatrick through five; and Patrick Cantlay and Xander Schauffele have won their first three holes against Rory McIlroy and Ian Poulter.

All four matches are on the course on a chilly opening morning at the Ryder Cup.

The European team of Sergio Garcia and Jon Rahm fell behind early in their foursomes match but won back-to-back holes to go 1 up against Jordan Spieth and Justin Thomas through four. Rahm made a 60-foot putt for birdie to take the lead.

Dustin Johnson and Collin Morikawa took a 1-up lead after the first against Paul Casey and Viktor Hovland but the Europeans drew even when Casey hit his tee shot on the par-3 third to 5 feet and Hovland converted.

Brooks Koepka and Daniel Berger are even after one hole against Matt Fitzpatrick and Lee Westwood. Westwood missed an 8-foot putt for birdie and the lead.

And Ian Poulter and Patrick Cantlay have each hit their opening tee shots in the morning’s final match. Poulter is teaming with Rory McIlroy and Cantlay with Xander Schauffele.

According to a monitor used by NBC, Poulter’s heart rate was 133 when he hit his opening shot in the middle of the fairway.

The Ryder Cup is underway on a chilly morning at Whistling Straits.

Engulfed by horseshoe-shaped stands with thousands of fans chanting “USA, USA” in 50-degree F (10-degree C) weather, Sergio Garcia led off the day’s first foursomes match with a tee shot up against the lip of a bunker left of the fairway.

Garcia and Jon Rahm, each from Spain, were facing Justin Thomas and Jordan Spieth in the day’s first match. Thomas placed his opening tee shot in the middle of the fairway.

The next match off is between Dustin Johnson and Collin Morikawa of the United States and Paul Casey and Viktor Hovland of Europe.

The other matches pit Brooks Koepka and Daniel Berger against Lee Westwood and Matt Fitzpatrick, and Patrick Cantlay and Xander Schauffele against Rory McIlory and Ian Poulter.

The U.S. is trying to recapture the cup after losing in Paris three years ago. Europe has won the Ryder Cup in nine of the last 12 meetings.