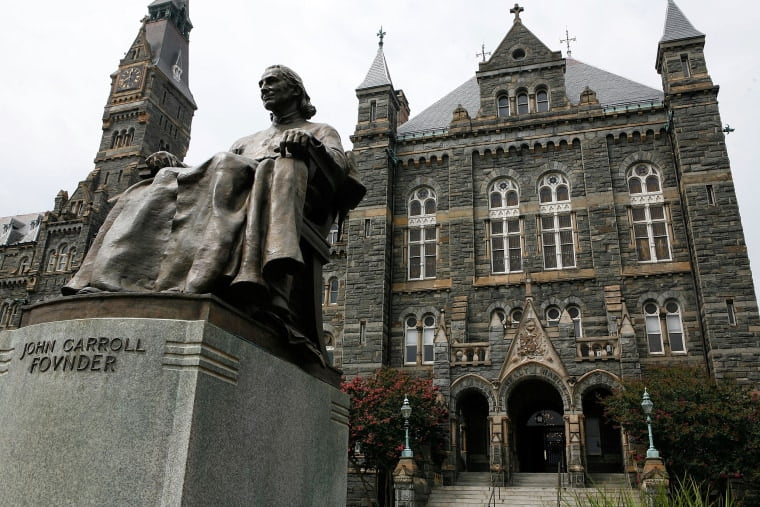 Several Christian universities have earned high marks for being gay-friendly in a new report from Campus Pride, a nonprofit focused on making higher education more inclusive for LGBTQ students.

The 2021 “Best of the Best” list honors 30 four-year institutions from across the United States that have earned a perfect score of 5 on the Campus Pride Index, which evaluates LGBTQ-friendly policies, programs and practices. These schools include Kent State University, Tufts University, North Kentucky University, Kenyon College and the University of Virginia.

This year, Campus Pride also singled out 10 religious schools for “living up to LGBTQ-inclusive values.”

To qualify for the ranking, colleges needed to score a 5 and be in the highest percentile for LGBTQ-friendly benchmarks. Religious institutions needed a 3.5 or higher to be in the spotlight feature.

“We wanted to acknowledge schools that — while maybe they haven’t got a perfect score, are doing the work,” Campus Pride Executive Director Shane Windmeyer said. “A lot of religious colleges, especially these schools, are strengthening their commitment to inclusivity. Just like four-year colleges recognize there’s an importance to acknowledging and being seen as inclusive and friendly, religious colleges have seen it, too.”

Campus Pride acknowledged inclusive religious schools once before, in 2013, though only seven campuses made the grade then.

A banner promoting diversity at Guilford College hangs along a school entrance roadway, in Greensboro, N.C., on Jan. 23, 2007. Nelson Kepley / The News & Record via AP file

Some religious institutions in the 2021 list did score a perfect 5 on the Campus Pride Index: Minneapolis’ Augsburg University, affiliated with the Evangelical Lutheran Church; Guilford College, a Quaker school in Greensboro, North Carolina; and Virginia Wesleyan University, historically affiliated with the United Methodist Church.

“These ten campuses are perfect examples of different religiously affiliated universities that are doing positive work for LGBTQ youth on their campus,” according to a statement on the Campus Pride website, which said the goal was “to encourage more faith-based institutions to do the same.”

A student walks in front of Dallas Hall on the Southern Methodist University campus, in Dallas, on Jan. 23, 2007.Brian Harkin / Getty Images file

Southern Methodist University made its debut on the Campus Pride Index this year.

“That’s a campus in a very conservative area; there’s been a lot of action toward inclusion,” Windmeyer said. “Shangela [from “RuPaul’s Drag Race”] went there, and the school is giving her an honor, I think. It’s another example of a religious campus trying to differentiate itself from some of the more ultraconservative schools.”

SMU has its own campus LGBTQ student group, Spectrum; it includes gender identity and sexual orientation in its nondiscrimination policies; and, according to its responses to the Campus Pride questionnaire, actively works to recruit LGBTQ staff.

“We are honored to be recognized for the positive work our campus is doing to support our students, faculty, and staff and provide an inclusive campus experience,” K.C. Mmeje, SMU vice president for student affairs, told NBC News in an email. “We strive to be a welcoming community where ‘every Mustang is valued,’ as our students say.”

Mmeje said the university has dedicated resources to increasing awareness, eliminating barriers, and creating a supportive climate and space for everyone on campus.

“Though Methodist by name,” he added, “SMU is nonsectarian in its teaching and committed to academic freedom and open inquiry.”

Scores are based on an 80-question, self-administered survey addressing a wide variety of issues, including nondiscrimination policies, the presence of LGBTQ student organizations and course offerings, training for professors and campus police, availability of inclusive counseling and health care, and efforts to recruit and retain queer students and staff.

Another breakout list highlighted eight community colleges that were leading the way for LGBTQ inclusion, with a similar 3.5 minimum requirement.

The report comes just six months after a separate survey found LGBTQ students at Christian colleges faced more bullying and harassment and were far more likely to experience isolation, depression and harm than their straight classmates.

That study was commissioned by the Religious Exemption Accountability Project, or REAP, which advocates for LGBTQ students at taxpayer-funded religious universities.

REAP found that more than 1 in 10 (12 percent) respondents reported school representatives advised they receive counseling, suggested or mandated conversion therapy, revoked their financial aid or scholarships, or took other punitive actions against them after learning of their sexual orientation or gender identity.

REAP Director Paul Southwick praised the religious schools on the Campus Pride list for “choosing love and respect over fear and shame.”

“Young LGBTQ+ people of faith need religious educational institutions that embrace every part of them,” he said. We congratulate those religious colleges whose leadership has earned them a spot on Campus Pride’s list.”

Many private Christian schools still receive federal funding in the form of grants and student financial aid, while claiming religious exemptions to LGBTQ anti-discrimination protections in education that were expanded under then-President Barack Obama.

While the Trump administration maintained sexual orientation and gender identity were not protected under Title IX, the Biden administration reversed that policy.