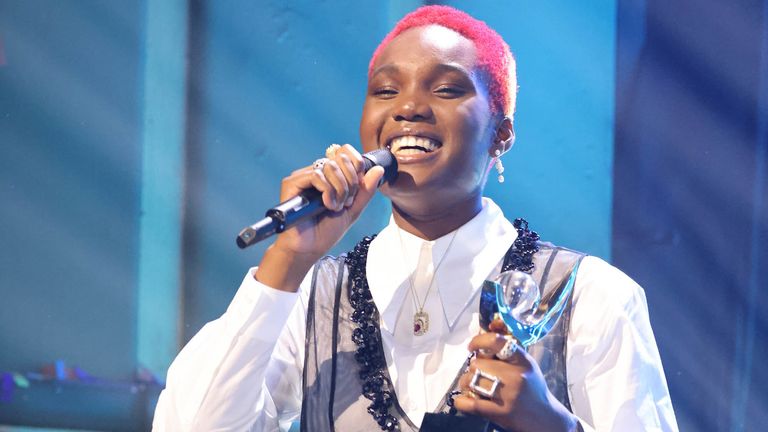 ‘Addressing such complex issues as mental health and sexuality with real empathy, displaying a lyrical wisdom that belied her 21 years… Arlo Parks has created an album that has captured the spirit of the year in a positive, forward thinking fashion,’ the judges said

Arlo Parks has won this year’s Mercury Prize, with her album Collapsed In Sunbeams

Parks picked up the award at the ceremony at the Eventim Apollo in Hammersmith, west London, bagging herself a cheque for £25,000 as well as the coveted winner’s trophy.

She also performed track Too Good from the winning album, with the audience giving her a standing ovation. 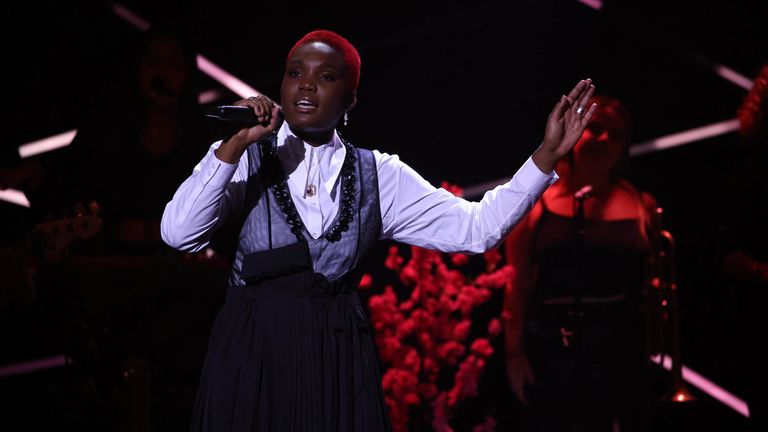 After the ceremony she told Sky News: “I’m trying to find the words – I feel like I’m being asked [how it feels] a lot today, but it feels incredible and to be recognised in this way is really, truly special, so I feel very blessed.

“It makes me feel like the work that I did during that period of time was of value and helped people, especially in some of the most kind of confusing and chaotic times that we’ve had.

“It definitely makes me feel good to know that I’m helping.”

Accepting the award on stage earlier, Parks told the room: “I am completely speechless. I don’t have the words. I just want to say a big thank you to my family. My mum and my dad are somewhere in the room today.

“I want to thank my team as well. This is something that came with a lot of hard work from a lot of different people. I want to thank Transgressive, Pias, my managers Ally and Sarah.

“It took a lot of sacrifice and hard work to get here and there were moments where I wasn’t sure whether I would make it through – but I am here today so thank you very much.”

The songwriter has had a stunning year, winning best new artist at the Brit Awards, as well as her album racing up charts around the world.

She is also up for an Ivor Novello Award for her track Black Dog later in the year.

The judging panel said: “It was extremely difficult to choose a winner of the 2021 Hyundai Mercury Prize.

“There were so many strong albums, of such diversity and character. But in the end we decided that Arlo Parks was an extremely worthy winner.

“Addressing such complex issues as mental health and sexuality with real empathy, displaying a lyrical wisdom that belied her 21 years, with ‘Collapsed In Sunbeams’ Arlo Parks has created an album that has captured the spirit of the year in a positive, forward thinking fashion.

“It has the ability to reach out and remind a wider audience of the timeless art of the album. Arlo is an artist who connects deeply with her generation and reflects the plurality of contemporary British life.” 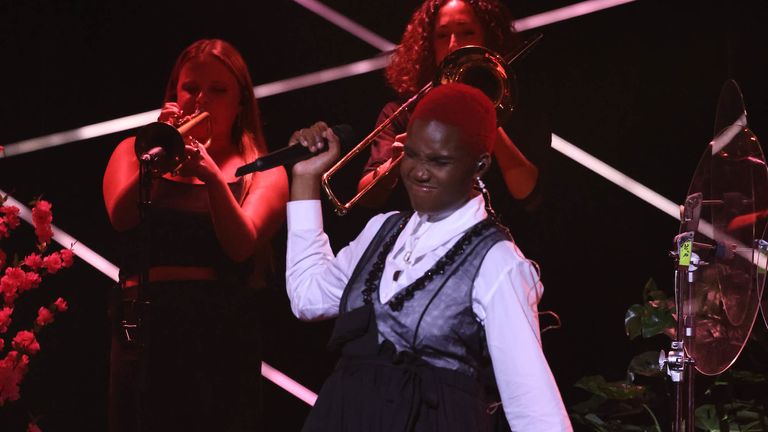 The show was hosted by BBC presenter Lauren Laverne, and saw live performances from each of the 12 nominated artists.

Parks joins the likes of last year’s winner Michael Kiwanuka, Dave and Wolf Alice on the list of recent winners of the prestigious award.

Albums by British artists with a UK release date between 18 July 2020 and 16 July 2021 were eligible for the prize.