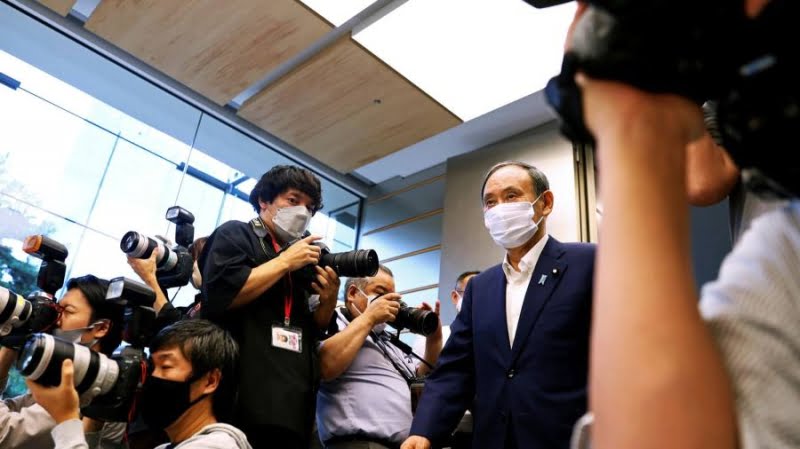 Sign up for myFT Daily Digest to be the first to know about Japanese politics and policy news.

Yoshihide Suga won the race to succeed Shinzo Abe as leader of the Liberal Democratic Party and Prime Minister of Japan with a landslide victory last year. He was the continuity candidate, promising to carry out Abe’s policies; the competition candidate, known for his behind-the-scenes power plays; and the consensus candidate, not aligned with any of the great organized factions of the party.

Those qualities were his strength, but they also turned out to be his weakness and helped explain why he quit. The promise of continuity left him struggling to define his own political agenda, something his successor must do to survive; its competitive image was undermined by the perception that it failed to control Covid-19; and his election by consensus meant that none of the underlying tensions in the PLD after Abe’s eight years were resolved, with the party’s younger generation excluded from top positions. His position was always weaker than it appeared.

Immediately after taking office, Suga made the fateful decision not to call a general election, which he probably would have comfortably won, but to rule for the last year of the current diet. However, the purpose of his administration was never clear. Kantei officials, as the prime minister’s office is known, muttered about Suga’s reluctance to delegate. His defiant and uncharismatic public presence, which had served him well as a government spokesman, was less suited to the role of frontman and national leader.

Suga had his own policies, such as reducing mobile phone charges, creating an agency for digital government, and allowing fertility treatment to be covered by national health insurance. But they did not subscribe to a coherent vision for Japan in the same way as Abe’s message on the national economic revival. The only big change Suga made, and his legacy to the world, was the promise of achieving net zero carbon emissions in Japan by 2050.

Lack of much purpose might not have mattered if times had been good. But it didn’t: While Japan’s response to Covid was relatively successful by global standards, the government was slow to launch vaccines, refused to fund generous permits, and went ahead with an unpopular Tokyo Olympics. A different leader might have had so many difficulties, but that was also why potential rivals were happy to allow Suga to take the top spot.

The fact that Suga did not last more than a year does not necessarily mean that Japan should go back to the tumultuous time that brought in six different prime ministers between 2006 and 2012. However, to establish strong leadership, the next LDP leader will have to overcome. Covid and expose a political vision that will persuade the public, giving the leader influence to tame the party’s internal factions. With a general election imminent, the PLD needs a candidate with popular appeal.

The most obvious choice is Taro Kono, a former foreign and defense minister known for his lively social media presence. Another declared broker is Fumio Kishida, another former foreign minister, who is less popular with the public but is well positioned to close deals within the PLD.

More candidates are likely to explore a race, if only to set a marker for the future, but it is the choice between the winner of the vote and the party apparatus that will reveal whether the LDP is really ready to leave Abe and enter. A new age. of the government.