Home SPORT Andy Murray Is No Longer One Of Tennis’ Top Earners — But... 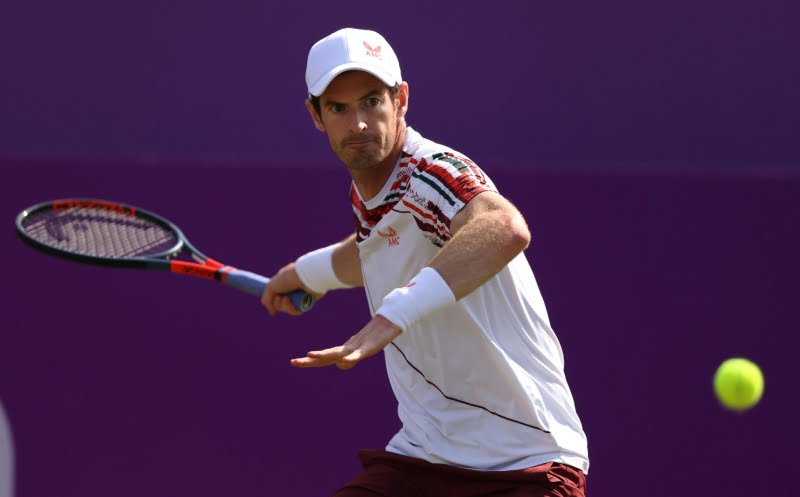 Andy Murray choked up as he described the pain in his hip that had turned even the mundane task of putting on socks into a struggle. As he dabbed away the tears and said he simply hoped to play at Wimbledon—still six months away—it started to become clear to anyone who was listening: These were the seeds of retirement for one of tennis’ biggest names.

The January 2019 press conference in Melbourne seemed like a dark cloud for Murray’s handful of corporate sponsors. Retirement, or a long injury hiatus, would mean fewer opportunities for global media exposure for brands that were collectively paying him some $10 million a year. And suddenly, the prospect of him never again appearing at a Grand Slam tournament had become very real.

For one of those sponsors, though, the emotional pseudo-farewell was an opportunity. The logo for the upstart British apparel brand Castore was clearly visible on Murray’s shirt and cap as the press conference was broadcast around the world and captured by a film crew that was there to shoot an Amazon Prime documentary about him. Murray had just signed with Castore, and while the company was aware of the injury risk during their negotiations, it had been confident that his renown in the sport would make him a valuable ambassador whether he was playing or not. This was validation. 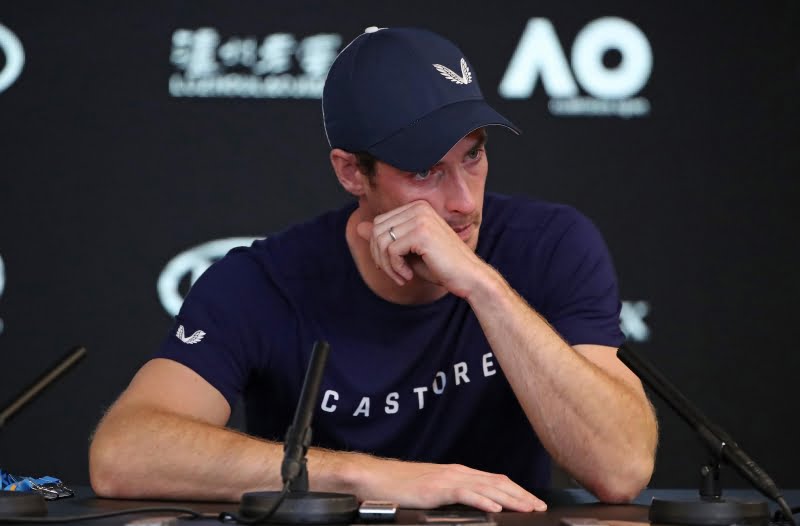 Andy Murray at the emotional news conference in 2019 in Melbourne where he acknowledged that a hip injury might force his retirement.

“It became very clear very soon after meeting him that he is not the kind of athlete that whenever he retires, he’s going to go and sit on a beach in the Seychelles for ten years,” Castore cofounder Tom Beahon says.

Murray made it through that Australian Open to Wimbledon and is still playing, with a first-round U.S. Open match against Stefanos Tsitsipas scheduled for today. But the hip pain was a harbinger of the inevitable, so Murray used it to serve up his next shot. Through his agency, 77 Sports Management, Murray passed up a traditional cash-focused endorsement deal and went with Castore in an agreement that offered him equity plus royalties, in addition to a small cash guarantee. It also gave the star athlete a more hands-on role in the business that resulted in AMC, a line of tennis apparel they run as a 50-50 joint venture.

Murray, now 34, has doubled down on the strategy as he tries to build a business that will last beyond his playing days.

“I’ve always been interested in investment, and over the last ten years or so, I’ve got involved with early-stage companies in sport, health, wellness, tech,” Murray tells Forbes in an email interview. “I try to focus on things I understand and where there is an authentic product or service. Being invested in a company is exciting—not only do you have a vested financial interest, but you get to go on a journey as the company grows.”

Murray uses WhatsApp to stay in touch with the Castore team on its marketing plans and has gotten involved in design and testing for both performance-focused and casual products, giving feedback on issues like the depth of pockets—to comfortably fit a tennis ball or two between serves—and the thigh dimensions on pairs of shorts. He takes a particular interest in fabrics given his around-the-globe playing schedule: Murray wants shirts that breathe and wick away sweat for hot and humid events in the U.S. and Australia, for example.

The AMC line projects to do $1 million in sales in 2021, its second year, and the broader growth at Castore has afforded new opportunities. While the company launched as a men’s-only manufacturer because it lacked the funding to target multiple categories at once, Beahon credits Murray for pushing the brand to expand into women’s and children’s apparel, with new products coming.

It’s groundwork that Murray is establishing while still capitalizing on his tennis skills: Forbes estimates that he earns about $5 million annually off the court, with three traditional sponsorships remaining from Head rackets, Amazon Prime Video and American Express. But that’s not quite enough to keep him among the ranks of the sport’s highest-paid players. Instead, he has turned his focus to equity deals, accumulating shares of TRR Nutrition, Halo sports drinks and Game4Padel, a court operator in the tennis-like sport of padel, to go with the stake he has held in the British equity crowdfunding site Seedrs since 2015 and the roughly 40 investments he has made in early-stage startups through that platform, including fintech firm Revolut.

Murray also owns the small Cromlix hotel in Scotland, which he purchased in 2013, and is looking into creating a studio or media company, following the lead of LeBron James and Kevin Durant. Last month, he sold a set of non-fungible token collectibles on the platform WENEW.

With all of his ventures, Murray aims to be more than just a celebrity face. When he partnered with TRR in 2019, he was involved in the formulation of its collagen supplement, which was in part designed for his troublesome hip. He has dived in deep with Halo this year, too, testing flavors for new drinks and powders and sending video messages to wholesalers while, through his connections, teeing up a drink giveaway promotion in Castore’s stores. Murray is more like a “consigliere” than a simple brand ambassador, Halo cofounder and CEO Anshuman Vohra says, and has medium- and long-term performance incentives on top of what Vohra says is a “significant” minority stake.

“These guys did more financial analysis than the guys at JPMorgan,” says Vohra, who looks for celebrity partners willing to put skin in the game with a cash investment.

The brands aren’t in any hurry to see Murray, ranked No. 112 in men’s singles, hang up his racket. “We always see a spike in revenue whenever Andy plays,” Castore’s Beahon says. But Murray is aware that retirement can’t be too far off and says he might be interested in coaching, in addition to expanding his role as a mentor to young athletes at 77, his agency, where he is a partner.

“It’s all about, how do you build a brand that can stand on its own two feet?” says Beahon, who is preparing for a partnership that lasts well beyond their initial eight-year agreement. He adds, “It’s all been about legacy for Andy.”

I Escaped My Abuser. He Found Me Through My Computer.