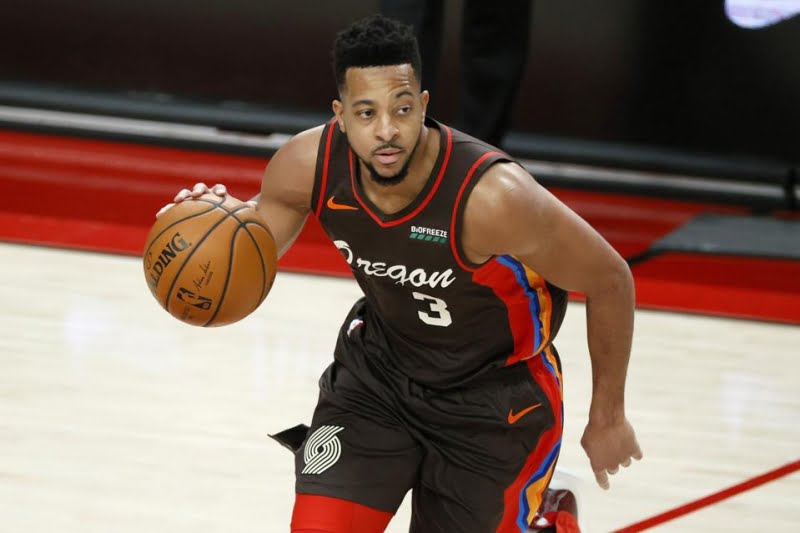 CJ McCollum is coming off a career-high 23.1 points per game last season with Portland. (Photo by … [+] Steph Chambers/Getty Images)

CJ and Errick McCollum spent countless hours on the basketball court growing up in Canton, Ohio. Whether it was blacktop or hardwood, the basketball court became their gym for workouts and training sessions as the brothers honed their skills in the hopes of becoming professionals. It also served as their courtroom as 1-on-1 games helped settle debates, including who was the better player.

Even though they currently ply their trade in different parts of the world—CJ for the Portland Trail Blazers and Errick with Lokomotiv Kuban in Russia—the McCollums still maintain their brotherly banter and motivation, taking it one step further utilizing LaceClips.

LaceClips is a lightweight activity monitor that clips to the wearer’s shoe via patented lace-locking technology, allowing users to track activity while comparing their performance with others. CJ and Errick not only partnered with the startup, but invested in the company, alongside Kansas City Chiefs receiver Tyreek Hill, Green Bay Packers running back Aaron Jones, Toronto Raptors guard Fred VanVleet, Atlanta Dream forward Monique Billings, and other basketball and tennis players.

“We’ll still be able to compete against each other,” CJ McCollum said. “I can see how he’s working out, how many shots he’s taking, and see exactly what he’s doing so I can say, ‘Look, you ran too many miles today or you didn’t run enough.’ That type of banter, that type of brotherly love and competition is really awesome to have and I think a lot of kids out there will be able to do the same thing with their friends.

“We’re in the midst of the pandemic, so you can workout on your own, log in and check to see exactly what your friends did or what athletes like myself or Cheetah have done who are part of LaceClips.”

An alternative to armband or watch wearables, LaceClips is one of the only wearable tech devices approved for in-competition play for all ages because of its placement on the shoe. Users are able to track and analyze metrics including distance, jump height, steps, average RPM, calories and pivots, while comparing with and competing against friends and even the company’s roster of athlete partners, which also includes Philadelphia 76ers center Andre Drummond, tennis stars Fabio Fognini and Genie Bouchard, and five-star basketball recruit Mikey Williams. 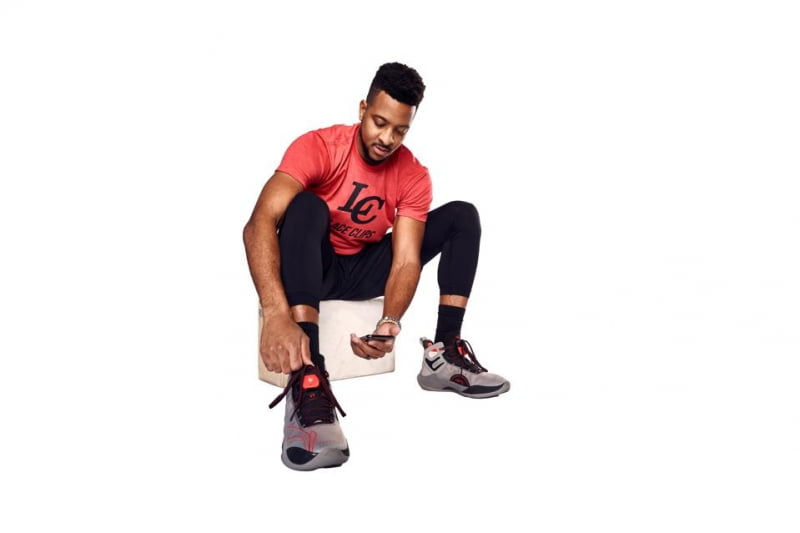 “You might not be able to beat us, but you can see what we’re doing from a preparation standpoint to continue to be successful,” said McCollum, who averaged a career-high 23.1 points per game last season. “We’re always working on our craft to better ourselves and you can track what we’re doing and see physically how we’re doing, the pace we’re moving at and how often we’re doing it. There’s also going to be a visual component which makes it more interactive so you can see some of the workouts, training and movement.”

McCollum, who signed a three-year, $100 million extension with the Blazers in 2019 that kicks off with the 2021-22 season, was also recently elected National Basketball Players Association (NBPA) president on August 7, succeeding two-term president Chris Paul.

He begins his tenure with an ongoing search to find a successor to NBPA executive director Michele Roberts. Not only that, but McCollum, who has been vice president on the NBPA’s executive committee since 2018, will be tasked with leading the union in collective bargaining talks with the NBA; the deal could expire in 2022-23 if either side chooses to opt out (or after the 2023-24 season if not).

“It means a lot to me to be elected by my peers,” McCollum said. “I’m appreciative and thankful. I’m honored to be able to represent us and to be able to speak on behalf of us to try to figure out ways to continue to build this game alongside the NBA and the ownership group. I’m really looking forward to the challenge.

“… I think this is the next step for me, to be able to represent our league and to be able to help build our game of basketball and try to figure out ways to collectively promote change. I think CP has done a great job and I think a lot of people who came before us have made the game a better place and I’m trying to do the same thing.”

Not only is McCollum striving to make a difference for his fellow players in the league, he’s also gearing up for his ninth season in the NBA after being selected No. 10 overall out of Lehigh University in the 2013 NBA Draft. 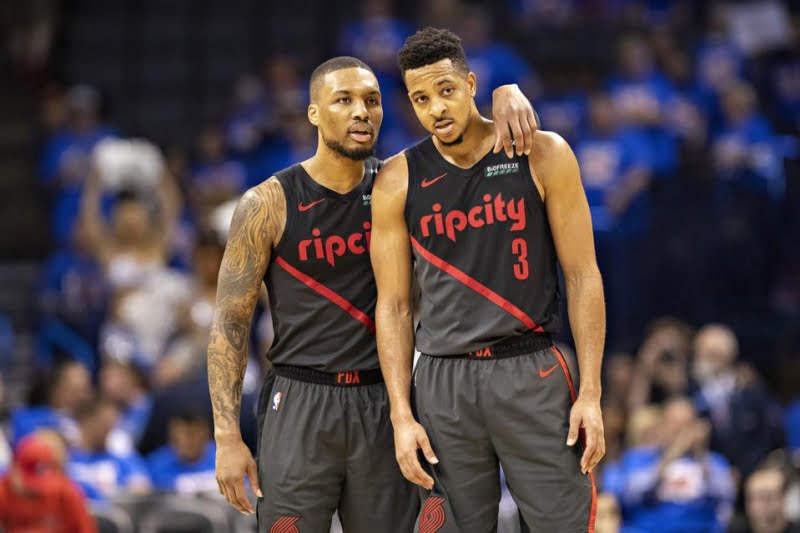 Portland, which went 42-30 last season, was eliminated in the Western Conference First Round for the fourth time in five years. The Blazers pressed the reset button by parting ways with Terry Stotts on June 4 and hiring Los Angeles Clippers assistant Chauncey Billups later that month.

With trade rumors swirling again involving six-time NBA all-star and backcourt partner Damian Lillard—who on August 24 said via Instagram Live, “I’m not leaving PDX, not right now at least.”—McCollum’s focus remains the same: block out the noise and focus on improving himself.

“It’s a part of the job. I think it comes with the territory,” he said. “You become a person who can compartmentalize and understand that people are always going to have an opinion of you. If I truly believed everything that was said about me, I wouldn’t be in the position I am today. I embrace the negativity, I embrace the positivity and I just stay even keeled through it all understanding I am a professional athlete—there are flaws in my game, there’s flaws in all of our lives and there’s a way for you to improve and go about it while not letting it affect you.

“I think I’ve always done that and I’ll continue to do that throughout the rest of my career. My job is to get better as a basketball player and help our team win, and that’s what I continue to do each year in my career and what I look forward to doing this season, while blocking out the noise and embracing the challenge of being better, holding myself accountable and holding myself to a higher standard than anybody could ever hold me to.”

GM Recalls Every Chevy Bolt Ever Made Over Faulty Batteries

The 10 best European hiking destinations where you can reconnect with...

Netflix Movie ‘Northern Spy’: What We Know So Far