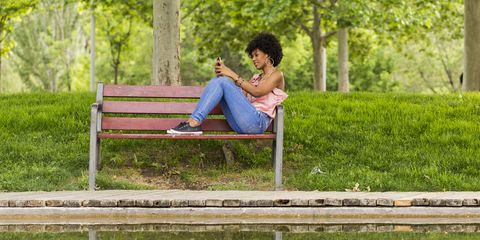 I know, I know, but they actually work!

In theory, dating apps are a streamlined way to find a partner. They provide a way to meet people on your own schedule and can even facilitate experimentation, helping users code for and discover what they want from another person. Statistically speaking, there’s plenty of evidence that dating apps work—especially for those among us whose endgame is getting into a LTR. There’s data that says marriages among people who met on an app are less likely to end after the first year, and the vast majority of Americans think that, ultimately, apps are a good way to meet people.

And yet…and yet. Although dating apps are supposed to take the headache out of trying to meet someone, many people consider them a necessary evil—or just plain evil. We understand why: dick picks, ghosting, it’s not all rainbows and butterflies out there for a woman-identifying person trying to meet someone. While there might not be a one-size-fits-all dating app that everyone loves and totally works—the point of these apps is to connect people, and people are sloppy!—below are the apps that even the bitterest-about-dating among us will happily swipe through. 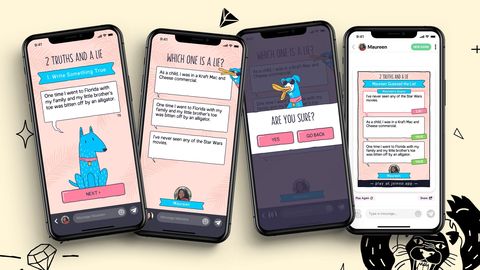 If your least favorite thing about dating is wading through awkward get-to-know you conversations with strangers, then XO might just be the solution you’ve been looking for. The app turns up the social aspect of dating with fun games and conversation starters that give users a fun, stress-free way to get to know each other before diving into more romantic discussions.

As a dating app, XO has the usual components—a match screen that gives users the opportunity to mark the people they’re interested in getting to know better. The downside: The free version of the app is limited and the paid version will cost you $15/month or $96/year. 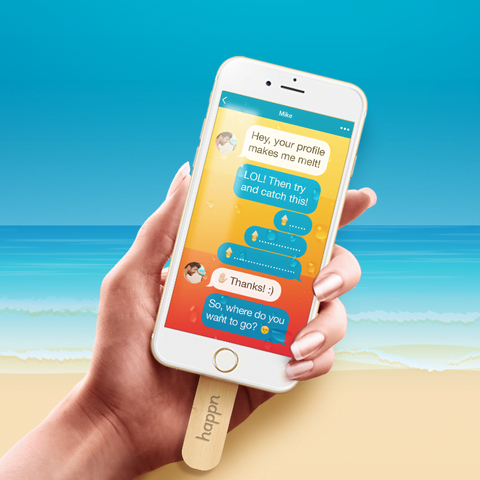 Are you a hopeless romantic looking for your real life, romcom-worthy meet-cute? Happn is the app that’s here to try to, well, not make that happen exactly, but to at least introduce you to humans you could theoretically have meet-cutes with.

The app works based on geolocating to match users with people they actually, naturally cross paths with in the real world—aka, people they could just “happen” to meet in their daily lives. It even goes so far as to calculate the number of times a day you and potential matches cross paths, so you’ll know just how likely it is that you might have met on your own. 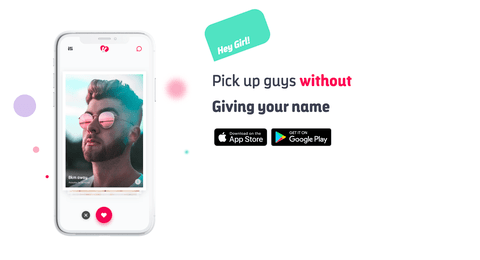 When you do feel like being seen and letting dudes on the app request chats, you can add a photo temporarily and set a time limit. During that time, you’re “pickable,” and after the clock runs out, your picture will be taken down again. It’s ultimate, total control for women in the app-based dating scene. 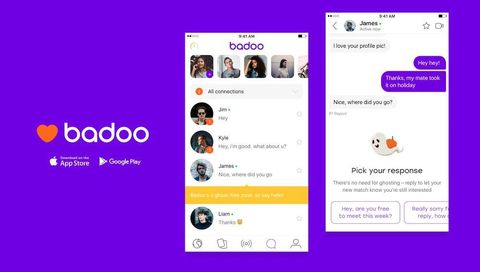 In terms of sheer numbers, Badoo leads the way in the dating app world. As of this writing, the app boasts more than 483,745,000 users—and it’s adding more every minute (literally—it’s so proud of this fact, there’s a running counter on the site’s homepage).

Badoo’s high number of users is thanks to a combination of factors, from being early to the game (it launched in 2006) to being available in several countries around the world. By 2011, Wired UK was already describing Badoo as a “mass phenomenon” in Brazil, Mexico, France, Spain, and Italy. In 2017, the app underwent a massive redesign and now brands itself as being for more than just dating, making it a strong option for people just looking to make platonic friends, too. 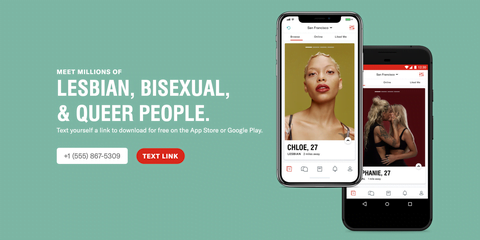 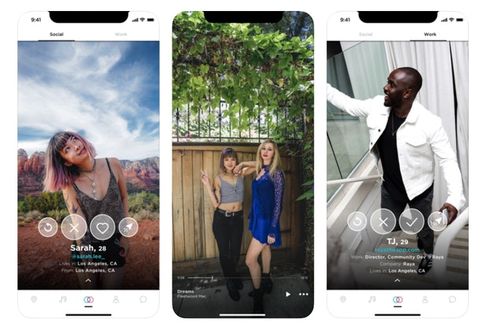 Raya is known as the “celebrity dating app,” but you don’t technically have to be a celebrity to join. Still, it is ultra-exclusive and, unlike most dating apps, requires an application to join. According to Raya’s website, “Anyone interested in joining must fill out an application. From there, applications are assessed based on algorithmic values and input from hundreds of committee members spread throughout the world. Committee members are anonymous to each other and are comprised of various backgrounds, interests, ages, and sexual orientations. Application decisions can range anywhere from a few days to a few months.”

And don’t expect the admission process to be easy. Only about 8 percent of applications are accepted, which is lower than the rate of admission to some Ivy League universities. If you are granted admission to the Raya community, you’re expected to pay $8/month in membership dues for access to the app.

If you’re looking to meet someone who shares your life philosophy and overall vibe and said philosophy and overall vibe is all about mindfulness and holistic wellbeing, then MeetMindful might just be the app you’ve been waiting for. Niche dating apps and websites are nothing new, from religious-based options like Christian Mingle and J-Date to lifestyle-driven hubs like the much-mocked FarmersOnly.com.

MeetMindful just takes that basic, tried and true concept and brings it firmly into 2020 with a lifestyle category that’s much more likely to speak to urban millennials today. 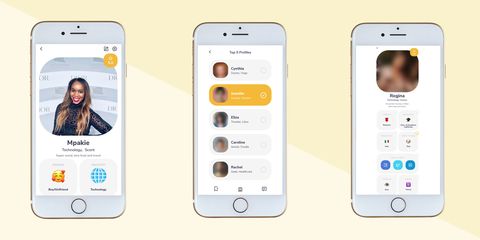 We all know the struggle of selecting the perfect set of photos for a dating app—can a few photos really represent you?—so what if we took all that snap judgement and hot-or-not BS out of it? Brand-new app S’more (you know, something more) is doing just that. S’more sets out to help you get to know a person before you even get to see them. Gone is the concept of swiping right or left based on looks; instead, S’more users first establish connections based on mutual interests.

How it works: Each day you’ll receive recommended profiles based on your previous activity on the app (the algorithm takes into account the kind of people you swipe ‘yes’ to the most), but the matches’ photos are blurred and only become visible when you engage with the profile more. Whether that’s asking the other person a question, or sending them a “wink” to let them know you’re interested, the photo will slowly become more discernible as you get to know each other.

S’more limits the number of chats you can have going at one time, incentivizing users to narrow in on the connections they’re hoping go somewhere. What’s more, each profile features a “kindness score” to encourage users to be nice on the app.

S’more is only available in New York, Boston, and D.C. right now, but will soon be available in Chicago, Los Angeles, Austin, Texas, San Francisco, and Philadelphia. 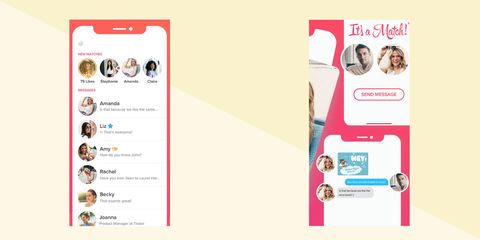 For many modern daters, the word “Tinder” is accompanied by the Darth Vader theme song. The truth is, no app embodies the “necessary evil” aspect of swiping the way Tinder does. And it’s not even Tinder’s fault: As a pioneer of the current dating app format, Tinder’s utter ubiquity means everyone has an opinion about it. And because the dating rigamarole kind of sucks in general, that means a lot of people have negative opinions about it. But you have to hand it to Tinder, they really did change the game.

Yet, where Tinder acts as a gateway app from which some daters move onto apps more aligned with their specific desires, for others it remains the best of the bunch. The OG features users love? The bio, which depending on what users choose (a lyric, a favorite motto) can be used to spark conversations, and the radius feature, which allows users to find people in their area—or not their area. One user we spoke to said she even used the app when traveling for work internationally to practice her Spanish. 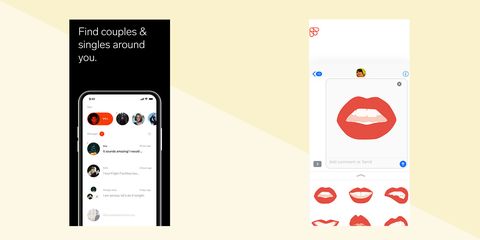 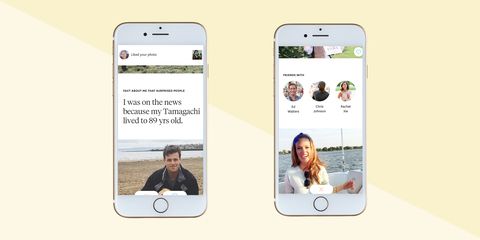 Building a profile requires users to answer questions that give potential matches a sense of their personalities, whereas some apps let users get away with generic info like height and religion. Another perk: If a user looks at your profile, they get put in a queue for you to look through—no swiping required…necessarily. 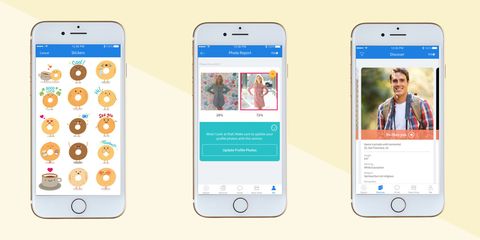 Sure, it has a goofy name and the phrase “Meet Your Everything Bagel” as its tagline, but there’s more to Coffee Meets Bagel than the optics. Like other apps, CMB connects you to people with whom you share Facebook mutuals. But unlike other sites, CMB only lets women see men who have already swiped right on them, and only allows the woman to give out five likes per day from among those matches. (If you’re looking for a same-sex relationship, the swiping experience is similar to that of Tinder, but users will only be shown one high-quality match per day.) While it might seem restrictive, that might be why it works. One user told us that “the limited amount of daily swipes made me more thoughtful and deliberate with the app.” That’s opposed to, say, letting your best friend swipe through Tinder while you’re in the bathroom of the bar. It just goes to show, don’t judge an app by its silly name. 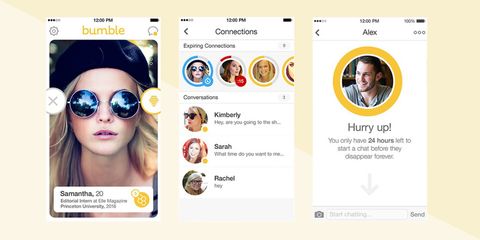 Next Dating Advice from Men 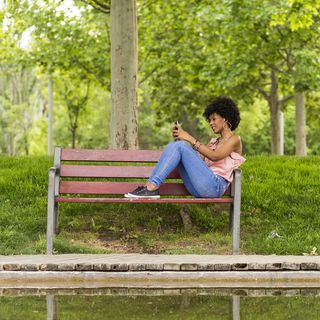 My Friends and I Swap Nudes as a Form of Pandemic...