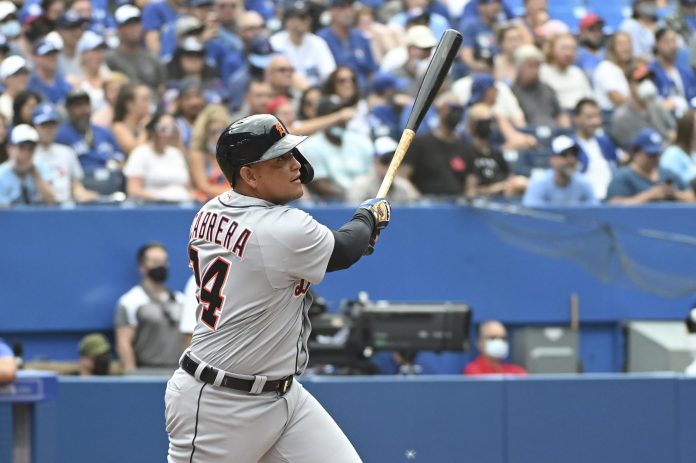 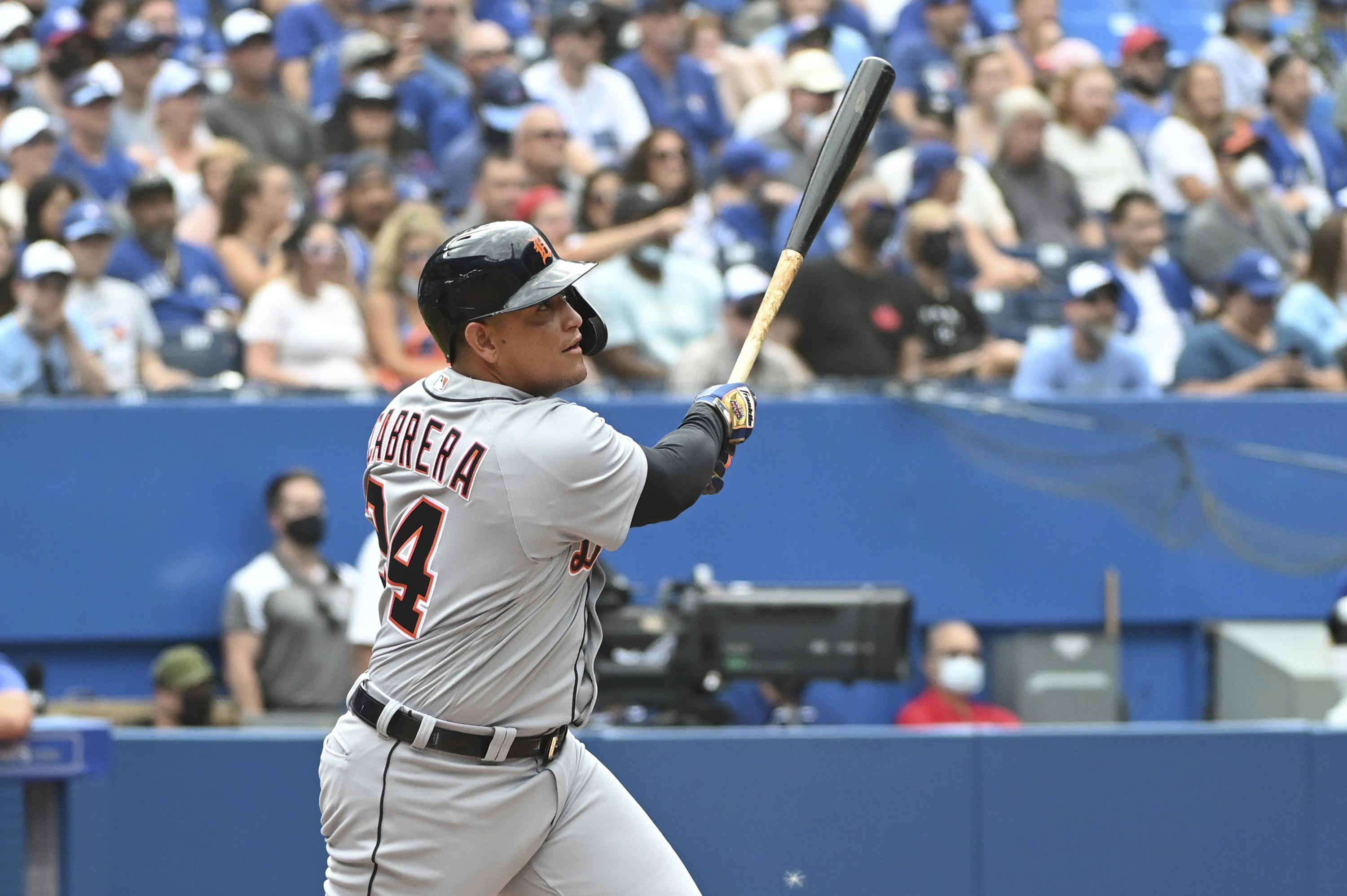 TORONTO (AP) — Miguel Cabrera celebrated with his teammates on the Detroit Tigers. He took a curtain call on the road. He paid tribute to his family, his team and his native country.

It was quite a day, even for one of baseball’s most accomplished sluggers.

Cabrera became the 28th major leaguer to hit 500 home runs, reaching the milestone in the sixth inning Sunday against the Toronto Blue Jays.

The 38-year-old Cabrera connected on a 1-1 pitch from left-hander Steven Matz, sending the ball over the scoreboard in right-center field. Measured at 400 feet, the homer tied it at 1.

Many of the 14,685 fans at Rogers Centre rose for a standing ovation as Cabrera rounded the bases. After celebrating with his teammates, he came out of the dugout to accept a curtain call, taking off his helmet and bowing to the crowd behind Detroit’s dugout.

Cabrera, who won the Triple Crown and the first of back-to-back MVP awards in 2012, is the first Venezuelan to hit 500 homers. He is hoping to become the first hitter to reach 500 homers and 3,000 hits in the same season.

“It’s something special for my country, for my family, to be able to do this,” he said after Detroit’s 5-3 victory. “I’m really happy.”

Jeimer Candelario, who was on deck, was the first teammate to celebrate with Cabrera.

Cabrera’s 500th home run was hit No. 2,955 of his career, and he can reach that 3,000 milestone this year, too, if he can stay healthy and average one hit per game. Only six players have 3,000 hits and 500 homers: Hank Aaron, Willie Mays, Rafael Palmeiro, Albert Pujols, Alex Rodriguez and Eddie Murray.

His pursuit of these big numbers has become a bright spot for a Detroit team that finally seems to be emerging from a difficult rebuild, approaching a .500 record.

Cabrera is the sixth player born outside the United States to reach 500 homers. He joins Pujols, Palmeiro, Sammy Sosa, Manny Ramirez and David Ortiz, who reached the mark in 2015 and was the last to pull off the feat before Cabrera.

He is also the first player to reach the mark in a Tigers uniform.

“So proud for him and his family, and a career accomplishment so rare you may never get to be a part of this again,” manager A.J. Hinch said. “We have no idea who the next person can be to pass this big number.”

In 2012, Cabrera became the first player in 45 years to win the Triple Crown by leading the league in batting average, home runs, and RBIs.

When Cabrera made his major league debut with the Marlins in 2003, he was just 20 years old. He helped them win the World Series that year.

The Tigers acquired him in a trade with the Marlins in 2007, a year after losing the World Series to St. Louis, in the hopes that he would help them win a world championship for the first time since 1984.

However, the Tigers have never won it all with the slugging superstar. They lost in the 2012 World Series to San Francisco and later in the decade went into a rebuilding mode that bottomed out with 310 losses between 2017-19.

Cabrera’s hitting and his jovial on-field demeanor made him popular in Detroit, but his production has dipped significantly in recent years as age and injuries caught up with him.

While other Tigers such as superstar pitcher Justin Verlander were traded away, Cabrera’s declining value and huge contract made him difficult to move. His 500th homer was his 13th this season, his highest total since 2017.

Although Cabrera was in striking distance of both the home run and hit milestones when the season started, no one knew how those pursuits would go because of his recent struggles at the plate. He homered on opening day in the snow, but by the All-Star break, he had gone deep just seven times and there were doubts he could pull off the feat this year.

He has picked up the pace since then, hitting six home runs and reaching 500 with time to spare in 2021.

Cabrera is just behind Hall of Famer Eddie Murray, who ranks 27th on the career list with 504 home runs.