Home LIFESTYLE Sex I Escaped My Abuser. He Found Me Through My Computer. 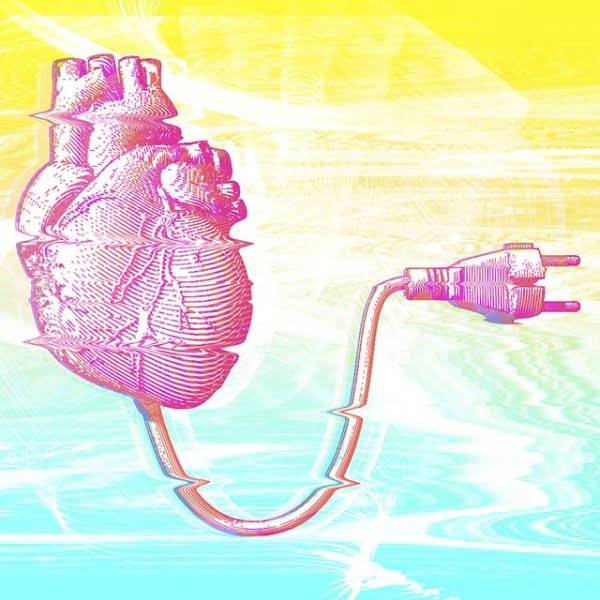 After more than a year of abuse at the hands of her then-fiancé, Jaél de Pardo, eight months pregnant, fled the apartment they shared. She was living in secret…until he tracked her.

Greg* and I had been acquaintances for nearly a decade, but it wasn’t until February 2016 that we developed a romantic relationship. At first, he took me to fancy dinners and showered me with gifts, weaving himself into my life. Despite my instincts that something was off—the relationship was moving so quickly—I gave him the benefit of the doubt because I had known him for years. I wanted to believe it was just the kind of person he was. I’d soon find out, it wasn’t.

About four months in, I started to notice Greg’s erratic behavior. If I tried to address an emotional concern, Greg would fly into an explosive rage. Once, he threw a boot at me; it hit a potted plant on the table next to me and smashed it into pieces. Another time, he flung a 60-pound piece of wooden art in my direction, narrowly missing my head. As these situations became more frequent, we started sleeping in separate rooms. (He put a hole through a door once, trying to get to me.) If I tried to leave the house, he’d threaten to hurt himself (once, even hiding my car keys so I couldn’t go). Then he’d beg for forgiveness and the cycle would start all over again; when someone is abusing you psychologically, it erodes your sense of self-worth. After about seven months, we got engaged—but I immediately felt nauseous about it and called off the engagement two weeks later. A month after he proposed, I found out I was pregnant, but I knew I was in an unsafe environment for a baby.

I was eight months along when Greg left for a business trip. I called a few close friends and finally opened up about my fears. They encouraged me to leave. That night, I started packing. Soon after, I left our apartment in California, and I emailed Greg and his family to tell them I didn’t feel safe and that I needed to be in peace to deliver my child. I didn’t tell them where I was going. Then, I flew to New York City, where my mother lives. Over the following weeks, Greg reached out to me about 350 times via email, calls, texts, and Facebook messages. He also slandered me publicly, posting on Facebook that I’d left because I had psychiatric disorders or that I’d gone missing.

I was sitting in my mother’s home, my due date approaching, when I opened an email that was seemingly from Los Angeles child services. In reality, the email wasn’t from child services but from Greg. I believe this because within 20 minutes of when I opened it, Greg sent me a Facebook message that thanked me for confirming his case with child services and said he now knew I was in New York City. [Editor’s note: Marie Claire independently confirmed that the email address used is not associated with the Los Angeles County Department of Children and Family.] I suspect that by simply opening the email, I must have inadvertently installed a tracking bug on my computer, enabling Greg to use my computer’s IP address to determine my exact location. Inside the email was an embedded link that said, “Please click to get information on your case.” I worried that the link was a keylogger. If I had clicked it (which I didn’t), there’s the chance he could have monitored everything I was typing. I was terrified.

That’s when I filed a criminal report for aggravated harassment with the police. I reported his use of unauthorized technology to track my location and his ability to use that to harass me. It can be difficult to prove this type of case: Typically, the cops will tell you there’s nothing they can do; the technology is somewhat uncharted territory. Additionally, it can turn into a case of he said, she said. I was referred to family court and told to seek an order of protection.

I went to the hospital two weeks before giving birth for a check-up. My fear was visible: I was skinny and pale. I hadn’t slept. I was referred to a social worker who helps women in distress, and I told her what was going on. She advised me to turn off my location services on my phone; I access my email on my phone, so there was a possibility Greg could track me and know when I was going into labor. She also recommended that I file for a restraining order.

When it comes to cyberstalking cases, the best thing to do is document every instance of harassment. The night before I gave birth, I stayed up until 4 a.m. printing everything Greg had posted or sent me. It was scary because I understood that he possibly knew when I was opening those emails (the infected email I had opened might have had the capability), but I needed evidence. By the end, I had a stack the size of a college textbook.

I went to court 10 days after I delivered my son and submitted a petition that detailed the aforementioned abusive behavior, including the unauthorized tracking. This convinced the judge, who granted me a temporary restraining order that same day. At that point, the restraining order was served to Greg, who accepted it, which meant he couldn’t come near me, contact me, or post about me on social media. The full restraining order was granted and in effect through March 2018. He chose to leave the country. I have not seen him since.

Rebuilding my life has been one of the most difficult things I have ever done, but it’s worth it. Today, my son and I are doing well. I volunteer with Safe Horizon, the largest victim-services nonprofit in the U.S., to educate people about abuse and cyberstalking. I encourage anyone who can to come forward; we need to hear more of these stories. The Internet has become a tool abusers can use against victims, but there are some ways we can protect ourselves. I now use a VPN server to mask my location to potential hackers. Personally, I feel like after three years, I’m finally safe.

*Name has been changed.

This story originally appeared in the Fall 2020 issue of Marie Claire.

Squid Game: Netflix to edit out phone number from show after...

Could Covid vaccine be taken as a pill?