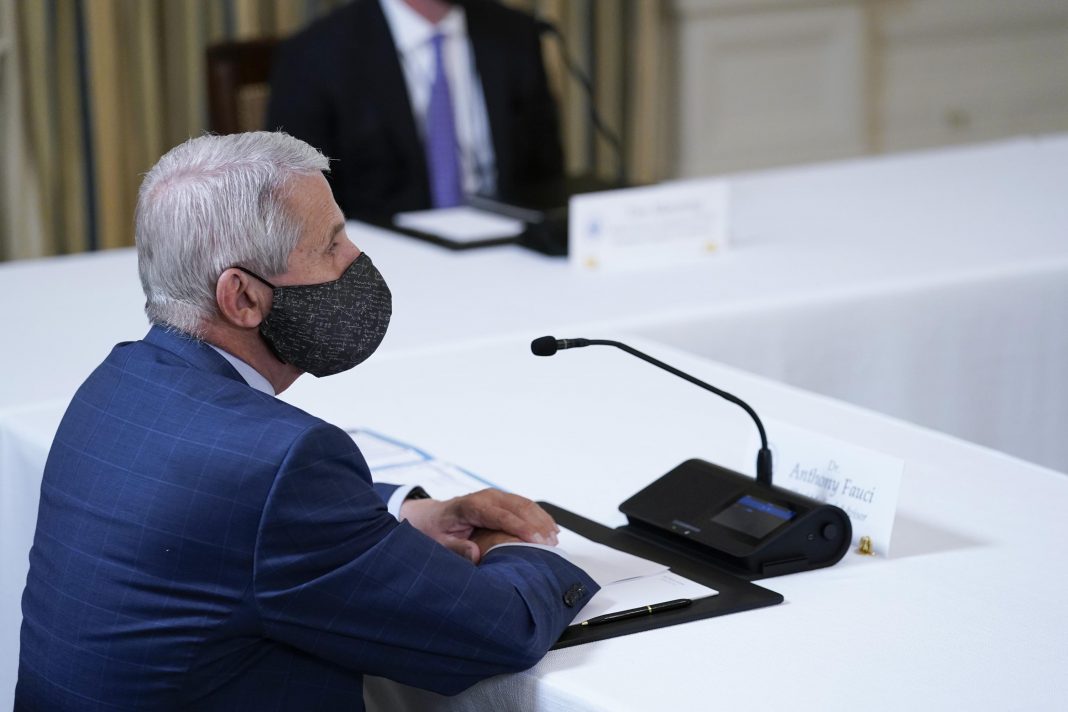 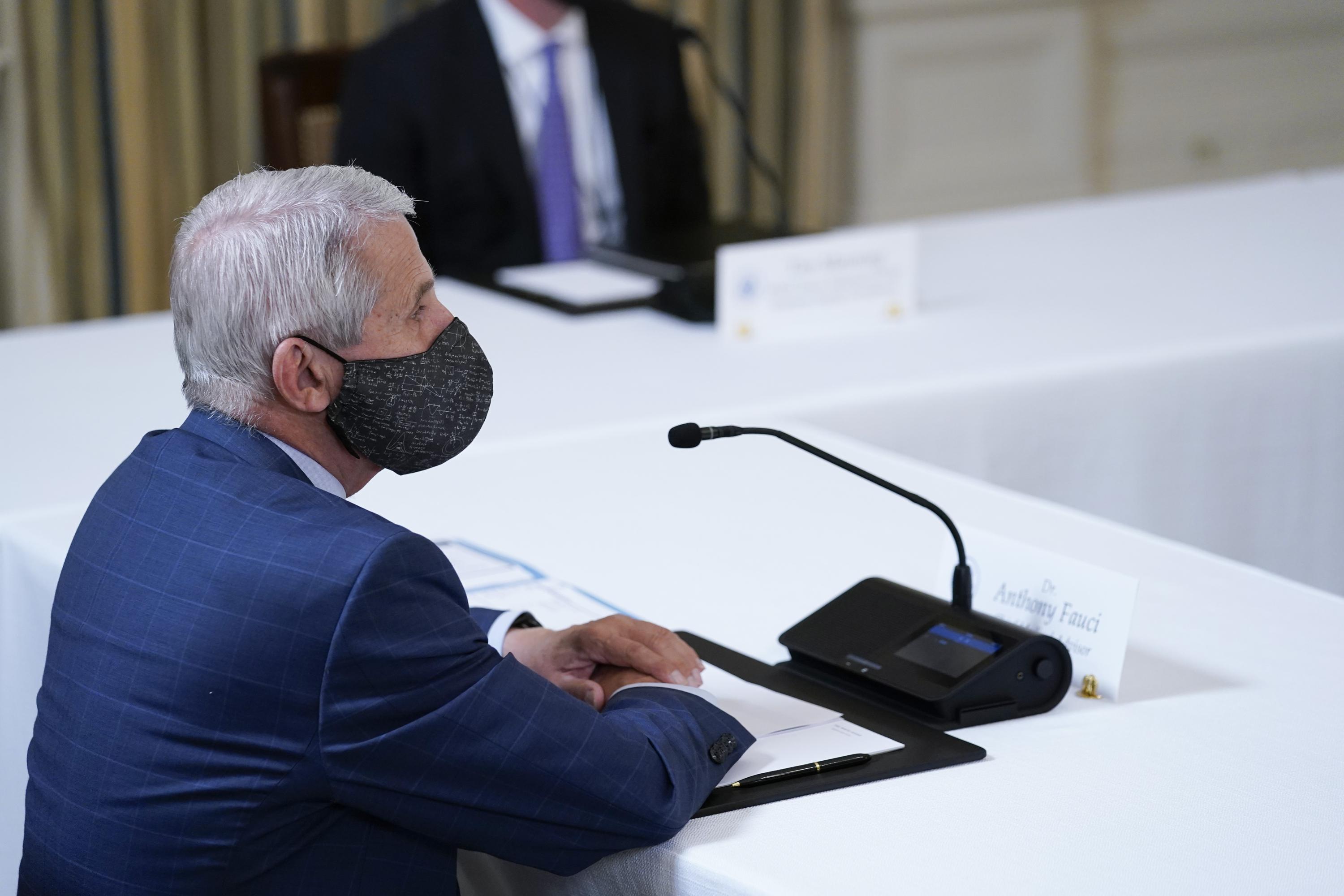 WASHINGTON (AP) — Warning of tough days ahead with surging COVID-19 infections, the director of the National Institutes of Health said Sunday the U.S. could decide in the next couple weeks whether to offer coronavirus booster shots to Americans this fall.

Among the first to receive them could be health care workers, nursing home residents and other older Americans.

Dr. Francis Collins also pleaded anew for unvaccinated people to get their shots, calling them “sitting ducks” for a delta variant that is ravaging the country and showing little sign of letting up.

“This is going very steeply upward with no signs of having peaked out,” he said.

Federal health officials have been actively looking at whether extra shots for the vaccinated may be needed as early as this fall, reviewing case numbers in the U.S. “almost daily” as well as the situation in other countries such as Israel, where preliminary studies suggest the vaccine’s protection against serious illness dropped among those vaccinated in January.

Israel has been offering a coronavirus booster to people over 60 who were already vaccinated more than five months ago.

No U.S. decision has been made because cases here so far still indicate that people remain highly protected from COVID-19, including the delta variant, after receiving the two-dose Pfizer or Moderna regimen or the one-shot Johnson & Johnson vaccine.

But U.S. health officials made clear Sunday they are preparing for the possibility that the time for boosters may come sooner than later.

“There is a concern that the vaccine may start to wane in its effectiveness,” Collins said. “And delta is a nasty one for us to try to deal with. The combination of those two means we may need boosters, maybe beginning first with health care providers, as well as people in nursing homes, and then gradually moving forward” with others, such as older Americans who were among the first to get vaccinations after they became available late last year.

He said because the delta variant only started hitting the U.S. hard in July, the “next couple of weeks” of case data will help the U.S. make a decision.

Moderna President Stephen Hoge said seeing some “breakthrough” infections emerge among the vaccinated within six months has been surprising, even if most symptoms so far have not been life-threatening. “I think that suggests we are going to need booster vaccines to get through the winter,” he said.

Last week, the Food and Drug Administration said p eople with weakened immune systems can get an extra dose of the Pfizer or Moderna vaccines to better protect them as the delta variant continues to surge.

“If it turns out as the data come in, we see we do need to give an additional dose to people in nursing homes, actually, or people who are elderly, we will be absolutely prepared to do that very quickly,” said Dr. Anthony Fauci, who is President Joe Biden’s chief medical adviser.

While the U.S. currently is seeing an average of about 129,000 new infections a day — a 700% increase from the beginning of July — that number could jump in the next couple weeks to 200,000, a level not seen since among the pandemic’s worst days in January and February, Collins said.

Both he and Fauci stressed that the best way to stem the virus is for the unvaccinated to get their shots.

Currently, about 60% of the U.S. population has gotten at least one dose and nearly 51% are fully vaccinated, according to the Centers for Disease Control and Preventio n. Areas with low vaccination rates have been particularly hit hard with infections, such as Louisiana, Texas, Florida and Mississippi.

The rapidly escalating surge in infections across the U.S. has caused a shortage of intensive care-unit beds, nurses and other front-line staff in virus hot spots that can no longer keep up with the flood of unvaccinated patients. Health officials also warn that more children who are not yet eligible for vaccines could get infected, though it’s not clear whether the delta variant leads to more severe illness among them.

“That’s heartbreaking considering we never thought we would be back in that space again,” Collins said of rising U.S. infections overall. “But here we are with the delta variant, which is so contagious, and this heartbreaking situation where 90 million people are still unvaccinated who are sitting ducks for this virus, and that’s the mess we’re in. We’re in a world of hurt.”

Fauci said as more people get their shots, in many places everyone — both the vaccinated and unvaccinated — will have to do their part with “mitigation,” such as mask-wearing in schools and other public spaces.

“We’ve just got to realize that we’re dealing with a public health crisis,” he said. “The more you get infections, the more spread you get, the greater opportunity the virus has to continue to evolve and mutate.”

Westworld season 4: Release date, trailer, cast and everything we know...