Home LIFESTYLE Sex ‘Til COVID Do Us Part: Divorce in the Age of Zoom 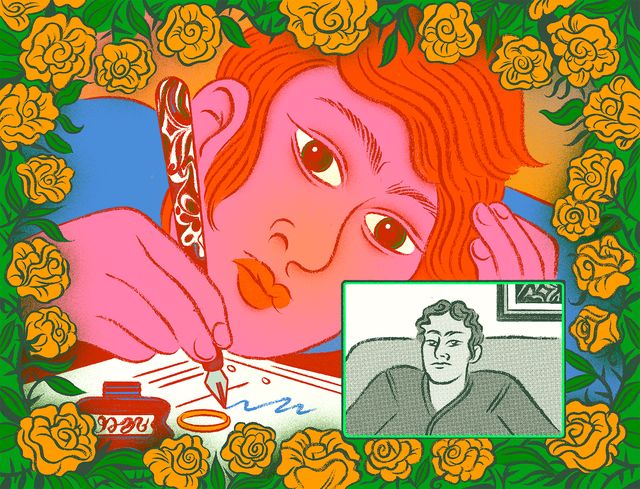 How the pandemic has mutated our most personal disunions.

While COVID-19 didn’t kill my marriage—its death was due to fatal preexisting conditions, for sure—it certainly did infect my divorce.

When I filed for the dissolution of my 18-year union in February 2020, I had no clue how the coming pandemic would not only wreak havoc on the divorce process itself (shuttered courts, virtual legal meetings) but also incubate new post-split issues. (Hello, safety concerns around my ex’s relationship with our suddenly separated neighbor—who has three little kids and a doctor husband.)

Like the disease itself, divorce in the time of COVID came in waves. “In the very beginning, I had clients flocking to me, screaming, ‘Get me outta here!’ ” says Jacqueline Newman, managing partner at the matrimonial law firm Berkman Bottger Newman & Schein LLP in New York City and author of The New Rules of Divorce: 12 Secrets to Protecting Your Wealth, Health, and Happiness. “People in marriages that weren’t great to begin with, things were falling apart at the seams. The courts were shutting down and it was like the Wild West; there was no precedent and no protocol.” Her advice: Of course you’re freaking out. This is insanely stressful. Just breathe. Wait. And wait they did. “It was crickets—a significant drop [in new divorce filings] at the beginning of the pandemic,” says attorney Michael Aurit, a divorce and family mediator and cofounder of the Aurit Center for Divorce Mediation in Scottsdale, Arizona. “But now it’s by far the strongest and most sustained surge since the pandemic began.”

The main driver of the swell, COVID burnout aside, Aurit says, is that some of the unhappily marrieds are perhaps starting to feel a bit more settled financially than they were last March, when the stock market plummeted and many people didn’t even know if they had a job anymore. “Divorce rates go up when people feel financially stable,” he says. “When the economy is bad, divorce goes down because it’s less feasible to separate into two homes.”

Untangling the money has always been one of the most important—and difficult and contentious—issues in a divorce. The pandemic has turned that exercise into a mind-bending knot. Finances “impact people’s decisions in divorce dramatically,” says Elizabeth Green Lindsey, an attorney at Davis, Matthews & Quigley, P.C., in Atlanta and the president of the American Academy of Matrimonial Lawyers. “What is going on with our jobs? Are we incurring debt to keep things together? Using home equity to pay the mortgage? Some businesses are thriving; [some are not]. There are a lot of new valuation issues.”

One solution, Newman says, has been to draw up two divorce agreements: “This is how it’s going to be now, and this is how it’s going to be once the world returns to normal.” That way, currently sidelined expenses (like vacations or entertainment) can be accounted for in future support payments, and undervalued assets such as depressed urban real estate can be sold when the market rebounds. “The negotiations are so different,” she says. “We are living in and accounting for two different worlds.”

Some schools have strict safety protocols, and one of the parents would refuse to cooperate, saying, ‘I want to have my love life. I want to travel to the Hamptons.’ It’s so messy.

Divorcing in today’s world is causing problems that go way beyond the balance sheet. “I’ve been doing this a long time, and over the last 10 months I’ve been seeing such a heightened sense of anxiety and conflict,” Aurit says. “There is so much unknown about what the other parent’s behavior is when the kids are with them. The unknown creates fear.”

Mask versus no mask. Social bubbles versus total isolation. Everyone has a personal-safety-protocol preference. Throw in an ex—whom you might not be feeling terribly trusting toward—caring for your kiddos half the time and it’s bound to incite Marriage Story–level battles. “You can have one parent who is very sensitive—they never leave the home and bleach all the packages—while the other partner is more laissez-faire,” says Anne Robinson Lucas, a divorce coach and mediator and the cofounder of the Seattle Collaborative Law Training Group. For instance, one of her “sensitive” clients lives with her immune-compromised parents. Her ex moved out of state, and after he would visit the children, staying with them in an Airbnb or hotel, she would demand that the kids quarantine in the basement for two weeks. “It was constant conflict,” Robinson Lucas says. “There was no precedent or right way to do this. And it really brings out the cracks in coparenting.”

With courts unable to handle these pressing matters quickly, divorcing couples have been turning to mediators like Aurit for help in setting up clear rules around safety. “Some parents are creating lists of exactly which people they and their kids can have direct contact with,” he says. “These agreements may or may not be enforceable in court, but we find that when they have a conversation about it in mediation, it leads to more compliance.”

Of course, safety issues bleed into every aspect of life, especially when it comes to the kids. Newman’s high-net-worth clients, for instance, fight over whether to keep their children in pricey New York City private schools. “With the hybrid options, one parent would say, ‘No big deal, they need the socialization,’ while the other would say, ‘No way I’m paying $60,000 for my child to sit in my living room.’ Some schools have strict safety protocols in order to attend, and one of the parents would refuse to cooperate, saying, ‘I want to have my love life. I want to travel to the Hamptons.’ It’s so messy.”

Parents with kids in public school fare no better. “Schooling from home is a monumental shift in parenting,” Aurit says, often requiring that a typical custody schedule be completely reinvented. “Parents are working out temporary agreements. There is no precedent for that, and they are doing things that we would not have recommended in the past, such as having one weekday parent and one weekend. That’s not great long-term for a lot of reasons, but for many people now it’s the only way.”

What about exes who don’t want to leave their newly established happy lives far from the other parent?

Then there are the geographic moves the pandemic has inspired, with nervous parents—unshackled from their physical offices—seeking out places to hunker down. “I have so many situations where one parent has gone with the kids to a second home and one remains,” Newman says. “And then they argue, ‘No way I’m bringing my kid back to that COVID cesspool of a city.’ ” Newman’s office is flooded with relocation motions. Do parents who have moved to the suburbs but Zoom their kids into their pre-COVID school come back? What about exes who don’t want to leave their newly established happy lives far from the other parent? “All these relocation motions …” she says. “I see this as a huge post-COVID issue.”

While the coronavirus has complicated so many already complicated divorce details, some potentially long-lasting positive changes could come out of it.

“I think a very interesting trend we will be seeing is an increase in 50/50 custody,” Newman says. “We’ve been moving that way as a country, but COVID is really speeding that up.” In the past, the argument in favor of primary custody was that one parent was more involved in the children’s daily routines while the other worked outside the home. With remote school and work, both parents might be cutting the crust off the PB&Js and want to continue that. “That is a major shift,” she says. “Routines have changed, and people don’t need to travel so much for work anymore.”

Virtual court appearances have been a truly radical innovation. And while there have been some tricky adjustments—the biggest, say lawyers, is the inability to settle cases in the courthouse hallway, as was the norm—there have been beneficial trade-offs. Exes living far apart don’t have to rearrange their lives to hop on flights for court appearances. Clients don’t have to shell out thousands of dollars for their lawyer’s unproductive time spent traveling to, and sitting around in, courts. “What I would have needed three hours to do in court the other day I did in 24 minutes over Zoom,” Newman says. “The increased efficiency is enormous. We may not return to how things were done. Maybe [pretrial updates with a judge] will always be virtual going forward.”

Indeed, pre-COVID court systems were already overcrowded, judges backed up. When everything shut down last year, divorcing couples who still needed quick resolutions to legal issues found mediation as a solution. “People have been choosing mediation over going to court for a while now. Very few want to litigate—they don’t want to have the poor divorce their parents had—and that is increasing so much now with COVID,” Robinson Lucas says. Her collaborative law practice, in which splitting parties agree to resolve the terms of their divorce outside court, is overwhelmed with cases right now.

My own COVID divorce was finalized with a judge over Zoom in October (on the very day, in fact, that Donald Trump announced he had contracted the disease) and made fully legal in January. It’s been, to put it mildly, a hell of a year. Undoing the vows we made in person—while looking into each other’s eyes and holding each other’s hands nearly two decades ago—virtually, on a computer, for God’s sake, was pretty surreal. But also kind of awesome.

I sat in a cozy chair next to my best friend at her house, sipping tea and chatting while waiting for the judge to appear on my screen. It took her all of five minutes to pronounce us divorced, and I didn’t even have to look at the box holding the face of my ex, a person I no longer recognized.

And, just like that, it was over. I clicked “leave meeting” and closed my laptop. Hugged my friend and smiled. Freedom.

This story appears in the April 2021 issue of Marie Claire.

Squid Game: Netflix to edit out phone number from show after...

Sam Fender Is Moving To The USA In An Attempt To...