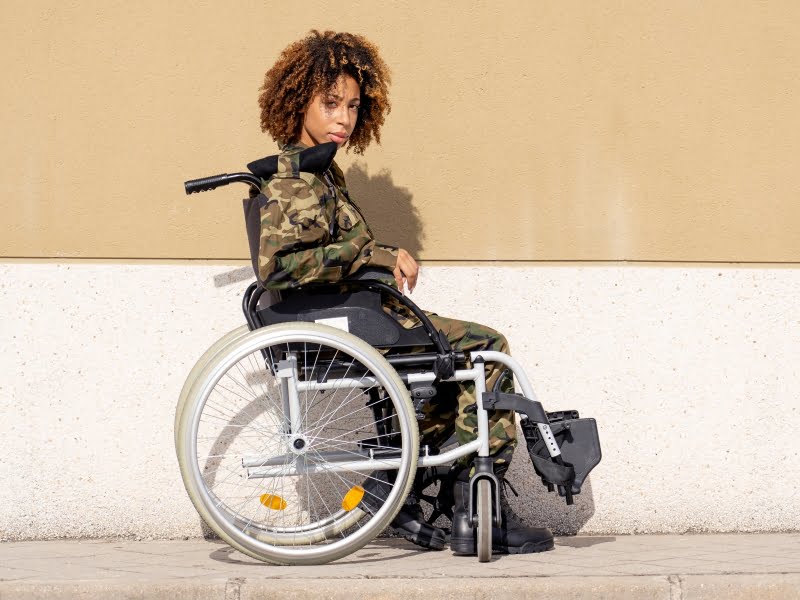 Called the Exo-Abs, the robotic device uses artificial intelligence to gauge how much pressure to put on a person’s midsection.

In his early twenties, Lee Nam-hyun was an avid swimmer. But in 2004 he broke his neck in a pool, which left him paralyzed from the shoulders down. Recovery from his injuries required years of rehabilitation.

The accident also temporarily halted his lifelong passion for singing. Opera and K-pop songs are his favorites, and being able to sing again became one of his top goals in recovery. But a lack of core muscles and limited lung capacity meant he couldn’t even cough. When he tried singing, he says, it sounded like whining, or little more than a whisper.

“The singing I did before and after was completely different,” he says. “The tones, the sounds, the beats—I couldn’t make it anymore after I was injured. It was a sound that was unlistenable.”

About two years after the accident, a health care professional forced him to cough by pushing against his diaphragm. He learned that applying pressure to his abdomen could help him produce a larger sound.

Nearly a decade later, he learned through therapists about a prototype device being built for just this purpose, and Lee began to work with a biorobotics lab at Seoul National University. The device would eventually be named Exo-Abs. Its creators call it the first robotic device of its kind to help people breathe, cough, speak, and sing by automatically applying pressure to their abdomen.

Creators of the device, which began as a class project, hope to someday make it a commercial product. Researchers at the robotics lab first began work on the prototype device after popular singer Kim Hyuk-gun was hit by a car and paralyzed in 2012. Kim was lead vocalist for the Cross, a band whose songs are still a popular choice in South Korean karaoke bars. He’s known for a style of singing that can sound more like shouting, and two years after his injury he began to work with the biorobotics lab on a device that allows him to sing with similar volume. It wasn’t until later that the researchers learned that spinal cord injury patients often need help not just to move their limbs again but with respiratory therapy.

“When you breathe out, you’re basically pushing the belly and narrowing down the volume of the lungs, so we’re trying to mimic that process,” says Seoul National University professor Cho Kyu-jin.

Cho is director of the Soft Robotics Research Center at the university, a biorobotics lab that takes inspiration from the natural world, including the human body. Aside from Exo-Abs, Cho has also created a robotic hand called Exo-Glove, a glider with wings like a ladybug, and a robot that simulates water skimmers, also called Jesus bugs because of their ability to walk on water.

“All wearable robots are about moving the limbs, like the arms, the shoulders, and legs,” he says. Exo-Abs is different because “it’s basically changing the whole volume of your body.” But he says the device’s potential is largely unexplored because it is not well known.

People who suffer strokes or neurological disorders often need ongoing care, including respiratory therapy. Failure to clear breathing passages can lead to ailments such as pneumonia and premature death. people use equipment like a ventilator mask to assist them with breathing, but the creators of Exo-Abs think their device could someday replace ventilators for some people.

Unlike existing devices that may require use of a face mask or ventilator, Exo-Abs can be concealed under a shirt. Machines for operating the device fit inside a backpack that can strap to the back of a wheelchair. The current iteration of Exo-Abs involves bands placed across the chest and midsection for measuring breathing and pressing against the diaphragm.

Exo-Abs is “basically changing the whole volume of your body.”

This is the third version of Exo-Abs. The first was manually controlled by the user with a joystick and had to be plugged into a power outlet. The second was a backpack version for people with ailments like COPD who may not need assistance all the time but may have trouble, for example, climbing stairs without running out of breath.

The Exo-Abs helps paralyzed people sing by exerting pressure on the midsection.

The latest version of Exo-Abs uses artificial intelligence to regulate the pressure applied to a person’s midsection. The AI is fed by sensors that include a microphone that detects when a person is talking and an elastic tube laced through a belt around the midsection to monitor breathing levels. It also factors in a person’s physical fitness, body shape, the stiffness of the user’s abdominal cavity, and the user’s activity. Singing that requires a lot of effort like opera, for example, may require more pressure than sitting calmly and having a conversation.

Lee Sang-yoep, a PhD candidate at Seoul National University working with Cho, envisions other uses for Exo-Abs, such as syncing the artificial abs to music or singing puzzle games like One Hand Clapping.