If you’re looking for some softcore sexiness with a little more camp and humor, then give 1983’s The First Turn-On! a go. The movie focuses on a group of campers (and their obligatory counselor chaperone) who find themselves stuck in a cave after a landslide and decide to pass the time sharing stories of their first times. As you do.

If you’re interested in one of the more modern offerings in the softcore genre, 2018’s Touch Me Not is a great option. The movie is part documentary, part fiction and follows a filmmaker (Adina Pintilie) as she engages with a group of character for a personal research project about intimacy.

‘Bikini Jones and the Temple of Eros’

If you like your softcore jollies with a heavy dose of camp, then 2010’s Bikini Jones and the Temple of Eros (represented here with its foreign release DVD cover because the art is so much better than the English cover art) is for you. The plot revolves around Dr. Bikini Jones (played by Christine Nguyen), an archaeologist in the tradition of Indiana Jones, of course), who steals a golden idol that happens to be the key to the Temple of Eros. Bikini Jones faces off against her arch nemesis, the appropriately-named Evilla Cruella, for control of a magic Tiara that makes its wearer the supreme ruler of the country Moronica. No. Joke.

‘Man of my Dreams’

Eros isn’t *necessarily* a softcore movie, but there’s definitely a lot of softcore sex. The 2004 anthology features three short films by Wong Kar-wai, Steven Soderbergh, and Michelangelo Antonioni—each of which are about love/sex.

Aphrodite (sometimes styled ‘AphrOdite‘ — get it? Emphasis on the ‘O’), is a 1982 French-Swiss film based on the novel Aphrodite: mœurs antiques by Pierre Louÿs. The plot is simple: A group of people visit an island and engage in all kinds of sexy times. 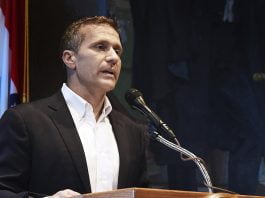 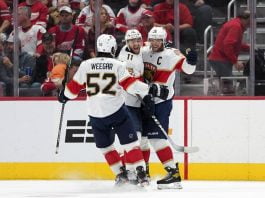