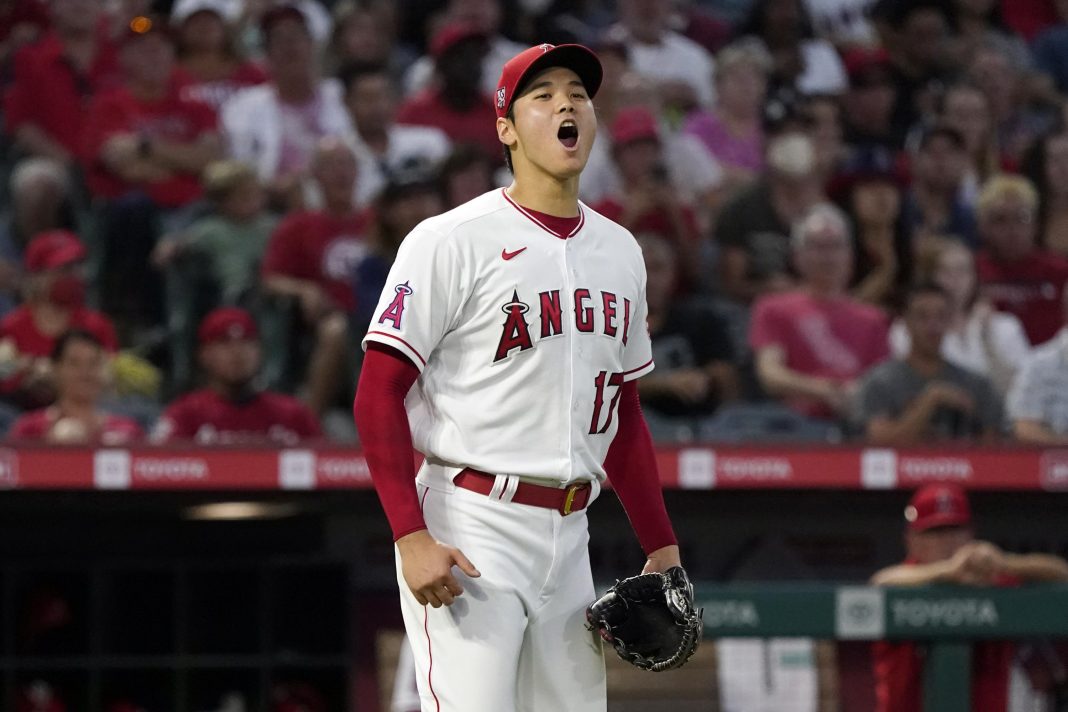 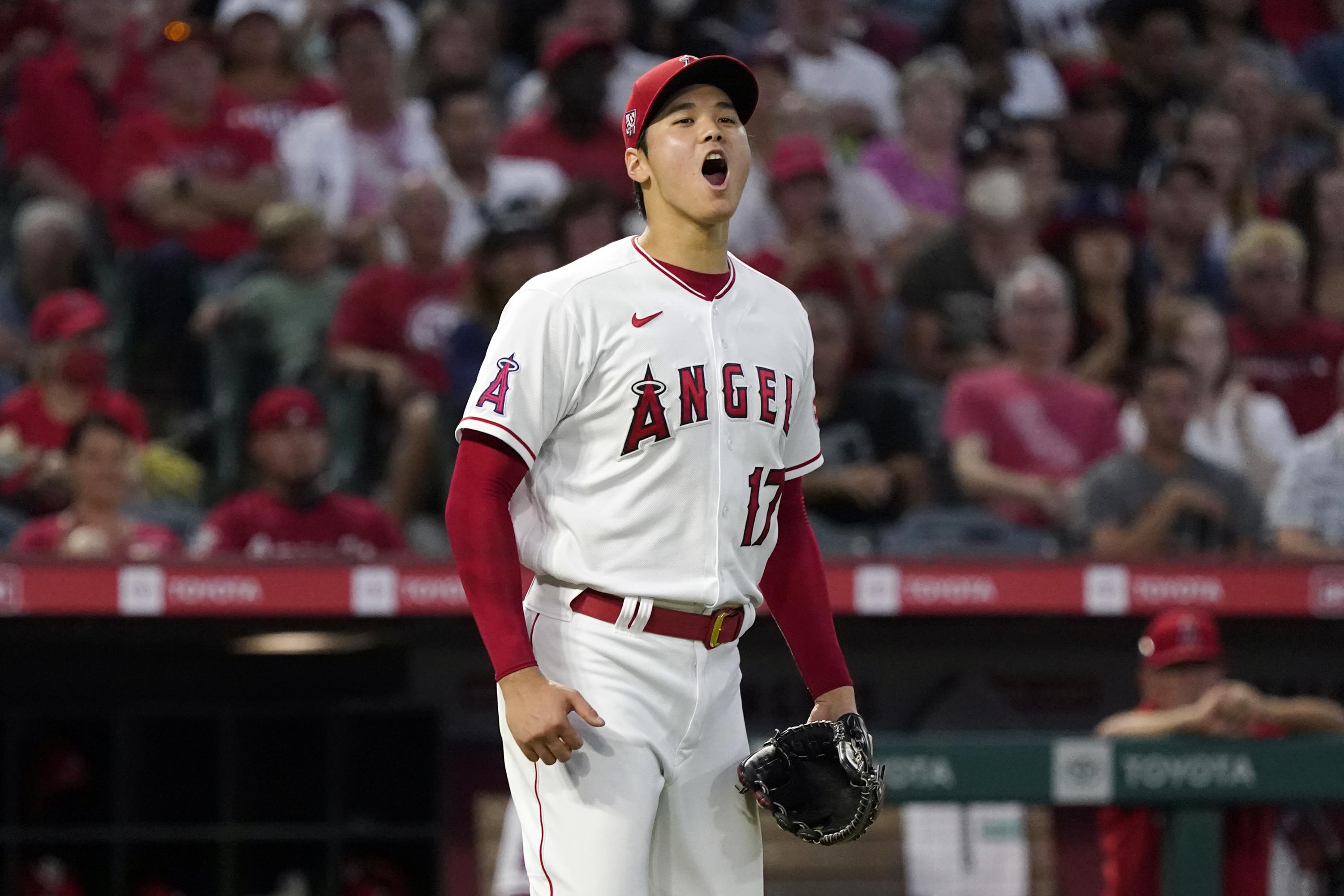 When he struck out Guerrero with a wicked slider two innings later, Ohtani smiled and chuckled at that one, too.

Ohtani had plenty of fun in his first mound meeting with most likely his strongest competitor for the AL MVP award. He also did plenty against the rest of the Blue Jays to secure another win for the Los Angeles Angels.

Ohtani pitched six innings of three-hit ball to win his third consecutive start, and he also doubled and scored an early run in the Angels’ 6-3 victory Thursday night.

Although Ohtani (7-1) issued three walks for the first time since June and threw two wild pitches in his 17th mound start of the season, he allowed just two runs and struck out six to keep his ERA at 2.93.

“I haven’t been feeling really that great, but when I don’t have my best stuff, I’ve been finding ways to get outs and getting through innings,” Ohtani said through a translator. “Physically I feel really good, but I just feel I’m getting better each outing, and I feel like I really haven’t hit my potential yet.”

Guerrero faced Ohtani’s pitching for the first time in their careers, and the majors’ No. 2 home run hitter went 1 for 2 with that bouncing single, a walk and a strikeout against the majors’ leader in homers.

“It honestly was just OK,” Montoyo said. “Vladdy right now is struggling a little bit, so he’s not the Vladdy who’s locked in. It’s fun to watch. It’s two guys fighting for the MVP, so it was good to watch.”

But Ohtani has dimensions to his game that have never been matched in modern baseball, and Angels manager Joe Maddon said it’s “overtly obvious to me” that Ohtani is the AL MVP.

“There’s no argument against it,” Maddon added. “Vladdy is having a great year, and I really like the kid a lot, but what our guy is doing has never been done before and is unprecedented. That’s where it ends for me, and I’m sure other people feel the same way.”

At the plate, Ohtani hit a 386-foot double off the wall for his major league-leading 68th extra-base hit as Los Angeles’ leadoff hitter in the first. He also walked and scored during the Angels’ four-run second as they split four games with Toronto at the Big A.

Jared Walsh and Kurt Suzuki drove in two runs apiece to back Ohtani, who hasn’t lost in 10 starts since May.

José Berríos (8-6) yielded six runs on eight hits for the Blue Jays while pitching into the fifth inning of his shortest start since mid-April with Minnesota. Toronto lost for just the fourth time in 16 games.

Lourdes Gurriel Jr. homered for the second straight game, connecting in the ninth inning. Teoscar Hernández and Randal Grichuk drove in runs in the fourth for Toronto, but Berríos walked four while failing to last five innings for the first time in 20 starts.

After Berríos walked three in the Angels’ four-run second, Suzuki added an RBI double in the third for the fourth multi-RBI game of a season in which he has just 11 total RBIs.

“You always learn from it,” Berríos said. “You can take some good things about tonight, or you can just throw it out and get ready tomorrow to keep working. There were some great hitters out there.”

Ohtani improved to 5-0 with a 1.92 ERA in 10 starts at Angel Stadium this season. No pitcher in Angels history had ever gone unbeaten with an ERA under 2.00 in his first 10 home starts in a season. Ohtani is also the first Angels hitter with more than 22 homers in his first 57 home games of a season.

Angels: Anthony Rendon will have hip surgery next week to correct an impingement that caused his injury woes this season, the $245 million third baseman said. He is expected to be healthy for spring training.

Muse Will Headline Isle Of Wight 2022