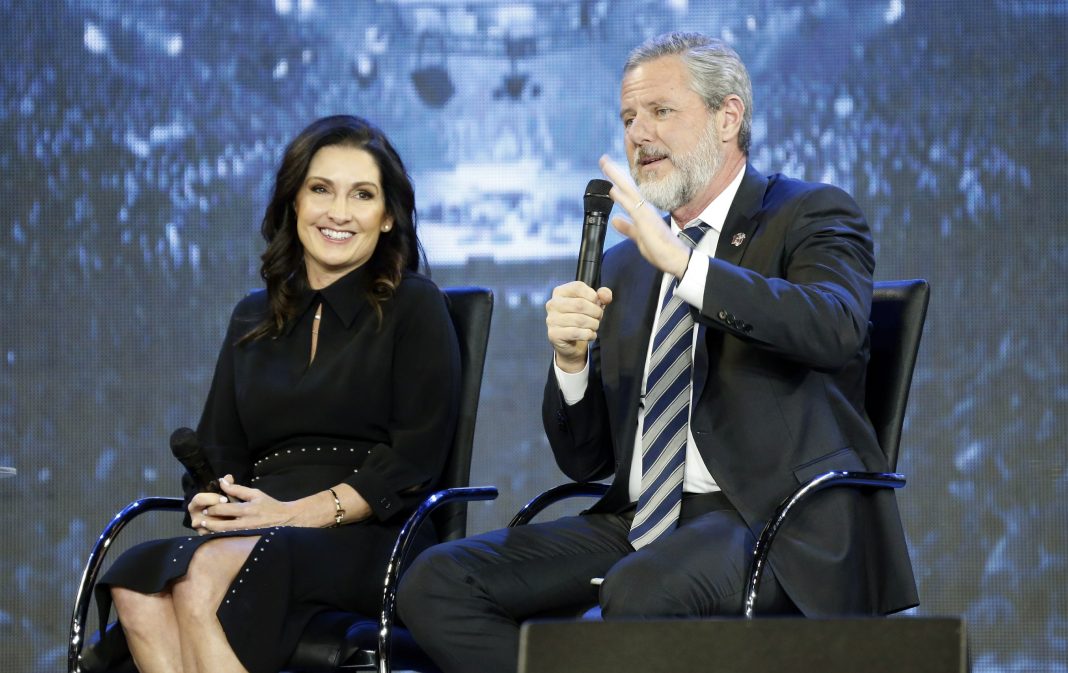 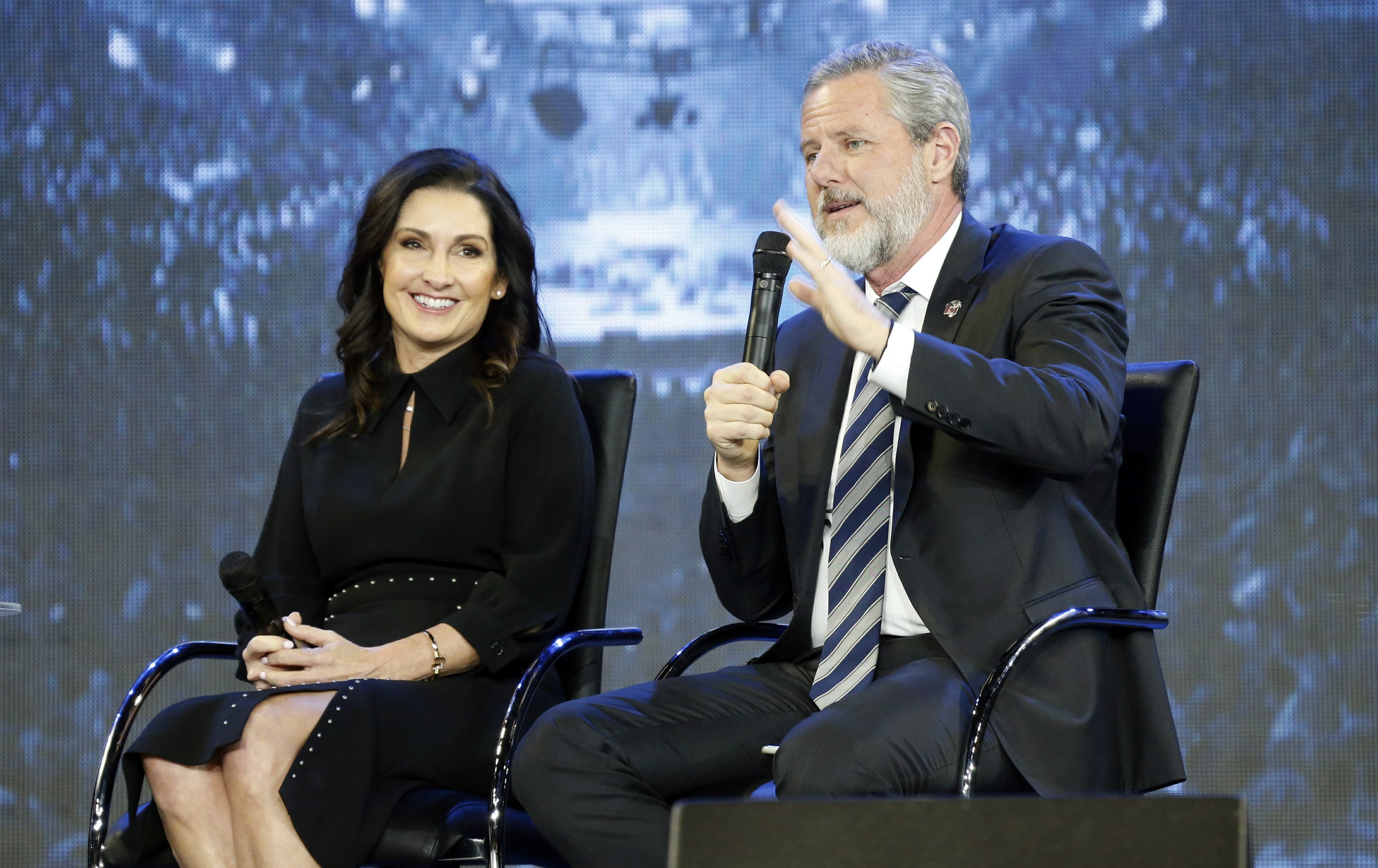 RICHMOND, Va. (AP) — Jerry Falwell Jr.’s future at evangelical Liberty University amid a sex scandal was uncertain Monday, after the school said he had offered his resignation but then reversed course.

Falwell agreed to “resign immediately as President of Liberty University today but then instructed his attorneys to not tender the letter for immediate resignation,” according to a university news release distributed late Monday night.

The news of Falwell’s possible departure followed the publication of news stories about his wife’s sexual encounters with a much younger business partner. They marked the latest in a series of controversies related to the couple to roil the school founded by Falwell’s late father, the Rev. Jerry Falwell Sr.

“I call upon the University community and supporters to be in prayer for the University and for all its leadership, past, present and future, as we walk with the Lord through this stormy time of transition,” Acting Liberty President Jerry Prevo said in the news release.

Falwell had already been on an indefinite leave of absence since Aug. 7, following an uproar over a photo he posted on social media, and then deleted, showing him with his pants unzipped, stomach exposed and arm high around the waist of his wife’s pregnant assistant.

“Since that time, additional matters came to light that made it clear that it would not be in the best interest of the University for him to return from leave and serve as President,” according to the news release, which said the school’s board was meeting Tuesday.

On Monday night, attorneys for Falwell and the school were negotiating the details of a possible departure, according to a person close to the school’s board of trustees who also spoke on condition of anonymity because the person was not authorized to discuss it.

Falwell did not return a call from the AP seeking comment, but several news outlets quoted Falwell as saying that he has not agreed to leave the post permanently.

The uncertainty developed a day after Falwell issued a statement to The Washington Examiner publicly disclosing that his wife had an extramarital affair and saying the man involved had been threatening to reveal the relationship “to deliberately embarrass my wife, family, and Liberty University unless we agreed to pay him substantial monies.”

Falwell said he was seeking mental health counseling after dealing with fallout from the affair, which he said he had no role in.

“Over the course of the last few months this person’s behavior has reached a level that we have decided the only way to stop this predatory behavior is to go public,” the statement said.

But hours before the school official confirmed Falwell’s resignation, Reuters reported that he knew of his wife’s affair and participated in some of the liaisons as a voyeur. The news agency based the information on an interview with Giancarlo Granda, whom they identified as the man involved in the affair.

Falwell, an early and ardent supporter of President Donald Trump, started his leave of absence shortly after the photo with his wife’s assistant drew widespread criticism and calls for his resignation. Falwell has said the photo was taken in good fun at a costume party during a family vacation.

Critics of the photo said it was evidence of hypocritical behavior from the leader of a university where students must follow a strict code of conduct that includes modest dress and a ban on alcohol consumption and premarital sex.

The possible break with Falwell came amid growing calls for an overhaul of leadership at the school, where alumni recently launched a campaign urging him to step aside.

“I really think the board of directors should have done this a long time ago, and if there’s anybody who needs to go next, it needs to be them,” said Maina Mwaura, a Liberty graduate who helped organize a June letter from Black alumni criticizing Falwell.

“This school has become the laughingstock of the country,” Mwaura added, noting that the board could have prevented the current furor had it acted more quickly to rein in Falwell. The founder’s son was given a long leash for poor behavior, Mwaura said, “because he was the rainmaker” who brought in significant financial resources.

Falwell’s work to shore up Liberty’s finances after taking over as president in 2007 bolstered his already significant goodwill among the school’s board members, several of whom were close to his late father. But as the younger Falwell’s propensity toward divisive public behavior grew — and particularly after his endorsement of Trump in early 2016 — dissatisfaction built up with what some critics saw as a shift toward being conservative first and Christian second.

Associated Press religion coverage receives support from the Lilly Endowment through the Religion News Foundation. The AP is solely responsible for this content.