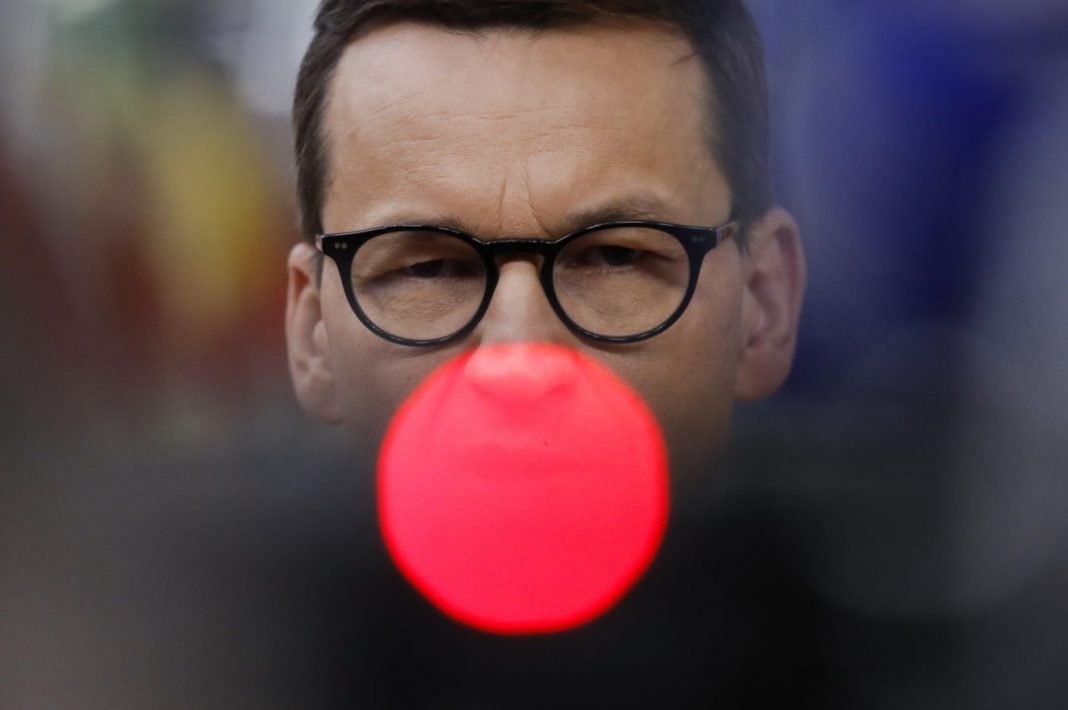 Polish amid media law protests: The White House is closely monitoring a media bill on Wednesday that could disrupt ties between NATO allies.

Poland‘s ruling nationalist coalition split Tuesday after Prime Minister Mateusz Morawiecki fired the leader of a smaller party affiliate over disagreements over tax policy and a controversial media law that provoked a fight with the United States.

The split came a day before a key parliamentary vote on a law that prohibits companies outside the European Economic Area from owning a controlling stake in Polish media companies. Critics say it is mainly aimed at the popular TVN television company, owned by the U.S. company Discovery, which has irritated the government with its independent news coverage. Thousands of protesters took to the streets Tuesday night to demonstrate against the bill, complaining that it threatens press freedom.

It remains to be seen whether the United Right coalition, led by the Law and Justice (PiS) party, will be able to hold out without the 13 deputies who formally belong to Jaroslav Govin’s Concord group.

The government has a one-vote majority in the 460-member lower house of parliament, but the United Right could gather a majority if some Govin deputies quit, or if the coalition could attract independent deputies. If that fails, snap elections could be held in Poland.

The United Right has been torn by growing tensions between the PiS and its two smaller partners, the more liberal Concord and Justice Minister Zbigniew Ziobro’s hard-right United Poland.

The final rift came over the government’s “Poland Deal” program, which promises tax cuts for low- and middle-income earners, higher pensions, increased health care spending, and help young families buy housing. Much of the cost will fall on the shoulders of the self-employed, who will have significantly higher health care taxes. Cities also complain that they are facing massive budget cuts under the proposal.

“We were concerned about Jaroslaw Govin’s actions; he is undermining the government and the Polish deal,” Peter Mueller, a government spokesman, told reporters after Govin was fired as deputy prime minister and development minister.

Muller said he was confident the coalition would find enough deputies to avoid early elections; the next vote is scheduled for 2023. “I’m not convinced we’ve lost the majority,” he said.

Govin said the tax proposals in the Polish Compact were “extremely bad,” and accused PiS of turning into a left-populist party, which is at odds with his own conservative values.

“I see our roads diverging,” he said.

Donald Tusk, leader of the main opposition party Civic Platform and former prime minister of Poland, seemed to welcome the possible fall of the government. “This government is only good for one thing: to resign,” said Tusk, who also previously served as president of the European Council. “Sooner or later we will achieve that.”

Govin also linked his departure to protests across the country over the media law. He said he would recommend to his deputies that the law be rejected on Wednesday’s vote.

“This bill clearly undermines the principle of media freedom,” he said. “It creates the risk of forcing legal owners out of stations … and leads us to fight our most important defense ally, the United States.”

Morawiecki rejected the claim that the law targets any particular broadcaster. “Its purpose is to prevent any potential merger or takeover in the future that could be carried out by an entity outside the EEA,” he said at a news conference Tuesday.

Earlier, he said his goal was to prevent companies from “Russia, China or Arab countries” from buying Polish media. Govin has proposed an amendment that would allow companies from countries in the Organization for Economic Cooperation and Development, which includes the United States, to buy media outlets.

On Saturday, Jaroslaw Kaczynski, PiS leader and de facto ruler of Poland, condemned the OECD idea, saying Poland must protect itself against investments by money launderers “and the entry of the drug business into the Polish media.”

TVN’s license expires Sept. 26; it has been waiting 17 months for its renewal.

The White House has made clear its displeasure with this law, which will undermine one of the largest U.S. investments in Poland, and impinges on media freedom at a time when President Joe Biden is trying to consolidate democratic countries to confront threats from Russia and China.