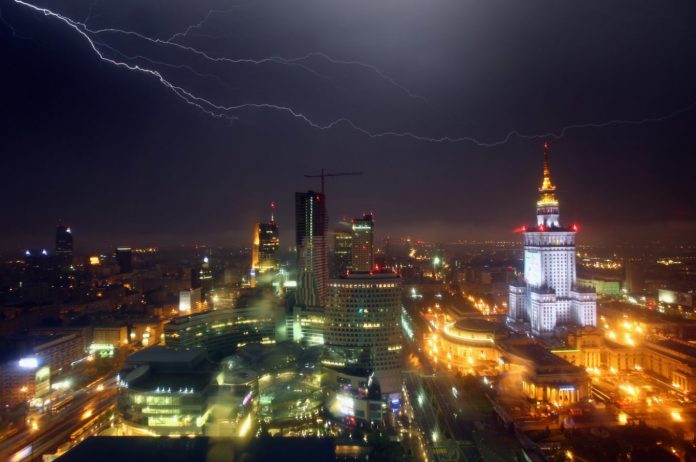 WARSAW – Most countries can handle only one or two political emergencies at a time, but Poland has at least five, not counting the coronavirus.

Like the rest of the world, COVID still looms over the country. Daily infection rates are low, but only 46.5 percent of the population is fully vaccinated and resistance is on the rise, creating problems for the fall.

But that’s in the future. The next days and weeks will be busy with a series of political issues that will challenge the ruling nationalist coalition of the United Right, led by the Law and Justice Party (PiS). If it fails, early elections could take place in Poland instead of the planned parliamentary elections in 2023.

The election results will also determine Poland’s increasingly tense relations with the European Union and the United States.

Friction in the coalition over the tax package

The government plans to win an unprecedented third term in 2023 through what it calls the “Poland Deal,” an economic program that cuts taxes for low- and middle-income people, supports home buyers, increases health care spending, and raises benefits for retirees and families with children. It will be largely paid for by a steep increase in health care taxes for the self-employed. Municipalities are also sounding the alarm about steep funding cuts.

The government stresses that most Poles would benefit from the package, but the opposition and employers’ federations have had some success portraying the measure as a tax increase. A poll on Thursday showed that nearly 55 percent of Poles believe it will lead to a worsening of their financial situation.

This leads to considerable tension in the ruling coalition, which consists of PiS and two small allies, the hard-right United Poland and the more liberal Concord. The government has only a one-seat majority in the 460-seat parliament.

On Wednesday, Prime Minister Mateusz Morawiecki fired Deputy Development Minister Anna Kornecka of Concord after she criticized the Poland Deal. “When I entered the government, I had one goal: to protect Polish entrepreneurs. The drastic increase in payments and taxes for them is unacceptable,” Kornecka wrote on Twitter after her dismissal.

“Some people, including those from the Soglasie party, are spreading untrue information about the Polish deal,” government spokesman Piotr Mueller said in response on Polsat TV.

Concord party leader Yaroslav Govin will hold a party meeting on Saturday. “We will decide whether and under what conditions we are ready to continue cooperation in the United Right’s coalition,” he told TVN24 news channel.

An inconvenient pay raise for members of parliament

President Andrzej Duda has approved a 60 percent pay increase for lawmakers, which will take effect September 1. This reverses a 2018 decision by PiS leader Jarosław Kaczyński to cut MPs’ salaries by 20 percent after controversy over large financial rewards paid to parliamentarians.

The pay increase is extremely unpopular among Poles; an opinion poll conducted this week showed 84% opposed.

This has given ammunition to the opposition. Donald Tusk, who returned to Warsaw from Brussels, where he led the European People’s Party, to lead the Civic Platform, the leading opposition party, pushed through a decision to have his MPs file a bill to repeal the wage increase.

“Everybody wants to earn more, but obviously from the point of view of every citizen, it is not a critical necessity,” Tusk said at a rally earlier this week.

Tusk, Poland’s prime minister from 2007 to 2014 and two-time president of the European Council, has revived the Civic Platform’s fortunes. The party has moved from third to second place in opinion polls and now stands at 27 percent, compared to 36 percent for PiS.

The ruling coalition’s efforts to maintain its lead in opinion polls are not helped by Marian Banas, head of the Supreme Audit Institution (NIK). A former PiS supporter who broke with the party, he sent his inspectors against Zbigniew Gjiobro, the influential justice minister and chief prosecutor, who is also the leader of the United Poland party, part of the ruling coalition.

This week, the NIK completed a report that revealed deep problems in a special fund administered by the Justice Ministry that was supposed to be used to help victims of crime, but was instead used for various other purposes. In its report, the watchdog stated that Ziobro failed to respond to “systemic problems” in the fund, “as well as conflicts of interest and mechanisms that generate corruption.”

Banasz notified Morawiecki, Kaczynski, and the head of the Central Anti-Corruption Agency (CBA) of the report, which will be presented next month.

Ziobro denied the accusations, and the Justice Ministry accused the NIK of using the investigation to “play internal games and protect personal interests” of Banasz and his son. The CBA is investigating Banasya’s son, which the NIK head says is a political attack on him, and the prosecutor’s office, which is run by Ziobro, accuses Banasya of filing incorrect asset declarations.

These scraps do not help Ziobro, who is engaged in a behind-the-scenes power struggle with Morawiecki.

These internal squabbles take place against the backdrop of Warsaw’s longstanding disagreements with the EU.

The radical restructuring of the country’s judicial system, a project by Kaczynski and Gjiobro, has prompted accusations that it is designed to put judges under tighter political control.

Last month, the EU Court of Justice ruled that the new disciplinary body under the Supreme Court violated EU law and ordered it to stop adjudicating. Didier Reynders, the justice commissioner, warned that Poland faces fines if it does not comply. On Thursday, the head of Poland’s Supreme Court partially froze the work of the disciplinary chamber.

The dispute will become even more acute at the end of the month, when the Polish tribunal will consider a request filed by Morawiecki to determine whether EU law takes precedence over Polish law.

This raises fears in Brussels that Poland could undermine the bloc’s legal order.

Tusk is using these fears to fuel his efforts to revive the Civic Platform, saying he is campaigning to prevent Poleksit from leaving the EU, which Morawiecki insists is a “political fantasy.”

But tensions with Brussels have consequences. Poland (along with Hungary) has yet to receive approval from the European Commission for its post-pandemic recovery program – necessary for Warsaw to receive €24 billion in next-generation EU grants and €34 billion in loans. This money is crucial for the government’s spending programs, which are part of its election campaign.

Warsaw is also feuding with Washington, the country’s most important NATO ally.

The fight is over TVN, a popular TV channel owned by the U.S. company Discovery. The channel’s independent news division is infuriating the government, which has long been trying to put the media under tighter control.

TVN’s broadcasting license is due to be renewed next month, and parliament is working on a bill that would prohibit issuing licenses to companies majority-owned by people outside the European Economic Area. TVN is formally owned by a company registered in Holland, which in turn is owned by Discovery, so it currently complies with Polish rules, but will not if the law is passed.

Morawiecki said that the new law is necessary so that the Polish broadcaster will not be bought by “an organization from Russia, China or an Arab country.” Govin, the leader of the Accord, wants the definition to be extended to the 38-member Organization for Economic Cooperation and Development, which includes the U.S. The White House warns that President Joe Biden is keeping a close eye on the legislation.

A bipartisan group of U.S. senators issued their own warning Wednesday.

“Any decision to enforce these laws could have negative consequences for defense, business and trade relations,” their joint statement said. “We urge the Polish government to take pause before taking any action that could affect our longstanding relationship.”

PiS plans to decide Tuesday whether it will move forward with the legislation or change course.