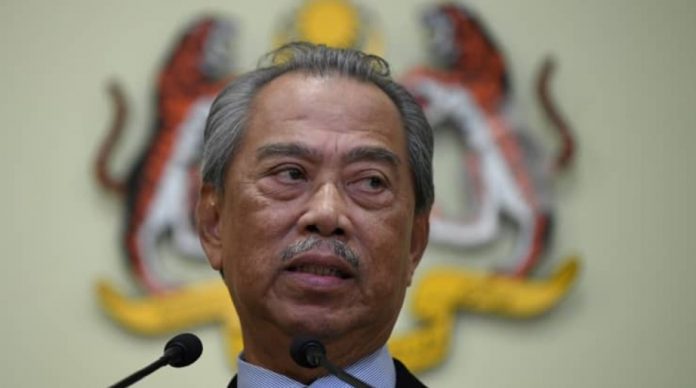 Malaysian Prime Minister Muhyiddin Yassin said Wednesday that he will deliver a vote of confidence when parliament meets in September to prove the legitimacy of his leadership and government.

Malaysia’s parliament has never held a vote of confidence in the prime minister.

Muhyiddin, who came to power last March, ran the country with a minimal majority in the 222-seat parliament. Since becoming prime minister, Muhyiddin has sought to avoid parliamentary votes that his political opponents could use to pass a vote of no confidence in his leadership.

Last week, the prime minister faced growing pressure – including from his allies – to resign. This came after Malaysia’s king made a rare public denunciation of the government’s actions to repeal emergency laws without palace approval, as required by the constitution.

Malaysia’s king is a constitutional monarch and is revered by the country’s multi-ethnic population.

Speaking on television Wednesday, Muhyiddin said the king told him that eight members of parliament had withdrawn their support for the government.

But Muhyiddin said he still has majority support in parliament and offered to prove his legitimacy as the country’s leader through a vote of confidence next month. Muhyiddin said the king accepted his offer.

Malaysia has been plunged into a political crisis since the sudden resignation of former Prime Minister Mahathir Mohamad last February. The latest political skirmish came at a time when the country is battling the most serious outbreak of the Covid-19 virus.

Daily new reports of Covid virus infections in the Southeast Asian country first surpassed the 10,000-case mark in mid-July – and have remained at that level ever since, despite area lockdown measures and a state of emergency imposed to combat the spread of the virus.

Malaysia’s health ministry said Tuesday that the number of cases of Covid remains at an estimated 17,000 a day. It predicts that the incidence will peak in mid-September, with cases dropping to 1,000 a day in October.

About 22 percent of the country’s population is vaccinated, the health ministry said.