Home BUSINESS Biden to push for electric vehicles to make up 40% or more... 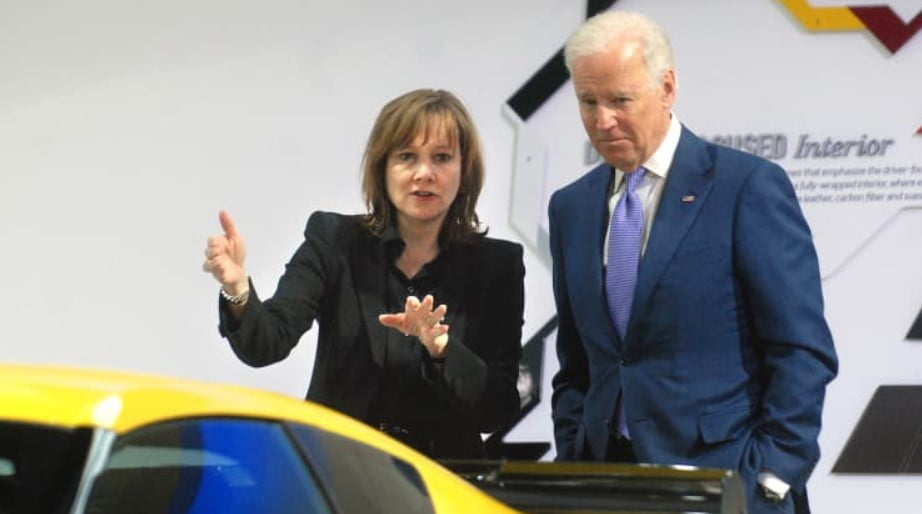 President Joe Biden on Thursday will set a new national goal for the introduction of electric vehicles, calling for them to make up 40 percent to 50 percent of all new car sales by 2030, according to senior administration officials.

Although the president will sign the executive order, the sales target is not mandatory. Instead, the document calls on the U.S. auto industry and the government to promote legislation and the introduction of electrified vehicles. The target includes zero-emission, fuel cell and battery-powered vehicles, as well as plug-in hybrid models with internal combustion engines.

The Biden administration is also expected to announce proposed federal fuel economy and emissions standards through the 2026 model year that would be based on stricter California regulations, officials said. The proposed standards must go through a period of public comment and final approval.

While automakers are increasingly supportive of electric cars, they are ambivalent about the immediate fuel economy standards as they try to make a profit from traditional cars to fund electric models. Electric cars have historically been unprofitable or have generated smaller profits.

It’s unclear how many automakers would support the fuel economy standards proposed by Biden. Automakers such as Ford, Honda Motor and Volkswagen have previously agreed to California’s tougher standards, which the Trump administration has strongly opposed.

Some smaller brands, such as Volvo, plan to switch entirely to electric cars by 2030, while Stellantis and Ford have announced goals consistent with Biden’s executive order: at least 40 percent electric vehicles by then. GM earlier this year announced an “aspiration” to offer exclusively all-electric and fuel-cell vehicles by 2035.

This rapid adoption of electric vehicles faces significant obstacles, such as charging infrastructure, consumer acceptance and vehicle costs, among other challenges.

“Today, Ford, GM and Stellantis are announcing their shared ambition to achieve 40-50 percent of annual U.S. electric vehicle sales (battery electric, fuel cell and plug-in hybrid vehicles) by 2030 to move the country closer to a zero-emissions future consistent with the Paris Climate Goals,” the automakers said in a joint statement. “We look forward to working with the Biden administration, Congress, and state and local governments to adopt policies that will achieve these ambitious goals.”

Jessica Caldwell, executive director of analytics at Edmunds, an automotive analysis firm, said the EV sales goal is not “particularly ambitious,” but it will ultimately depend on regulations and consumer acceptance, which remains low.

“All automakers are making aggressive moves in this category,” Caldwell said. “However, over the last five years or so, we’ve seen that these goals tend to be fluid rather than firm. It’s all more fluid than the actual plan.”

The Obama administration’s previous goal of selling 1 million electric cars between 2012 and 2015 fell short of expectations. In January 2016, Reuters reported that only about 400,000 electric cars were sold.

High-ranking Biden administration officials extolled the passage of the EV and executive order as a jobs stimulant for U.S. manufacturing. They said the new actions would support Biden’s Build Back Better Agenda and the bipartisan infrastructure deal.

“While the UAW notes that companies have made voluntary commitments to electric cars, the UAW’s focus is not on hard deadlines or percentages, but on preserving the wages and benefits that have been the heart and soul of the American middle class,” UAW President Ray Curry said in a statement Wednesday.

A 2018 study by the union found that mass adoption of electric cars could cost the UAW 35,000 jobs, but officials said that number could now be lower. Electric cars require far fewer parts than cars with internal combustion engines, which means potentially fewer jobs in factories. Many parts for EVs are made outside the U.S. or in domestic factories, where workers are paid much lower wages than in traditional assembly.

Social care: What are the changes to England’s system and how...