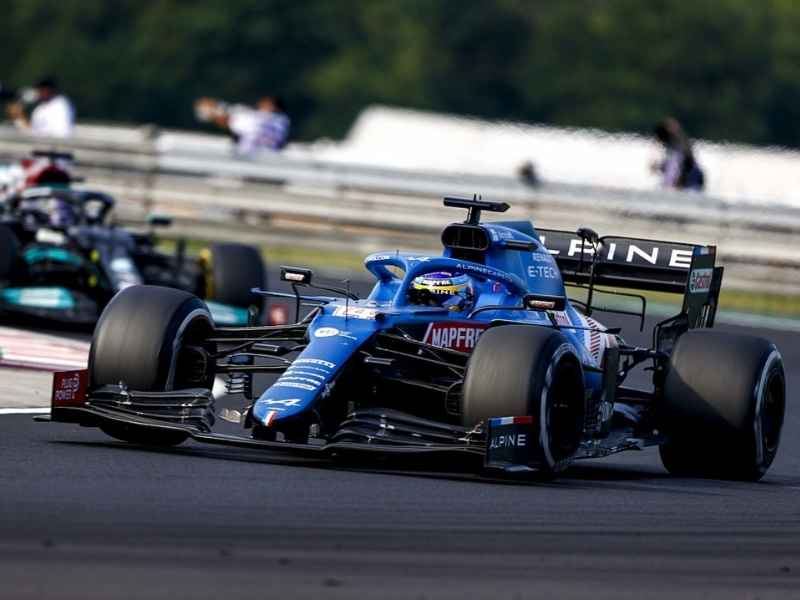 Ocon seized the lead after a chaotic, wet opening lap and a restart in which leader Hamilton was the only driver not in the pit lane on slicks.

Hamilton paid the price for this by driving the next lap in green weather conditions, which led to his drop in the rankings, while Ocon grabbed an unlikely lead.

While Ocon successfully defended his first-ever Grand Prix lead against Aston Martin’s Sebastian Vettel, the real threat to Alpine came from behind as Hamilton moved up the track.

But the Mercedes driver’s comeback was thwarted by Ocon’s teammate Alonso, who showed defensive prowess and kept Hamilton out of fourth place for 11 laps.

Alonso thus denied the world champion any chance of eventually catching up with Ocon, as he settled for third place on the track, which later became second place as Vettel was disqualified for a fuel rule violation.

Ocon was quick to praise Alonso’s role in securing his first Formula One victory, and Alpine also praised the 40-year-old Spaniard for his part in the Enstone-based team’s first win in its new guise.

“Honestly, he’s happy for us, happy for Esteban, but I know he’s upset because he wants to win.”

Permane acknowledged that Alonso’s work in holding Hamilton was crucial as the Spaniard defended brilliantly, especially on the fast track before Turns 4 and 5, until a blockage in Turn 1 allowed Hamilton to pass.

Alonso said he was aware of the situation in the race by looking at the big screens around the track, and he didn’t need Alpine to tell him how important it was to hold off Hamilton’s growth.

“No, the team didn’t tell me anything, but I more or less knew what the race situation was,” he explained.

“I was looking at the biggest screens, I knew Esteban and Vettel were struggling, and they were two corners ahead of us.

“With 20 laps to go, Lewis was going two or three seconds faster, which was enough to win the race, so I knew I could keep him behind me every lap, and that was gold for Esteban to win.”