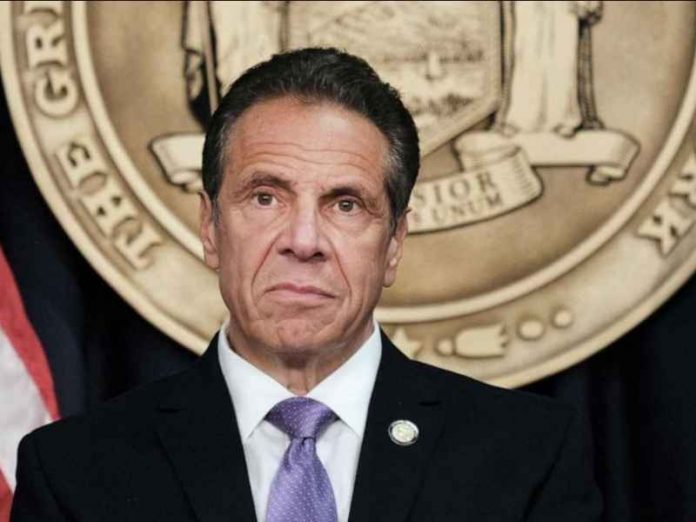 The office found that Cuomo harassed current and former state employees, as well as a number of women outside state government, James said, releasing a detailed report of the investigation.

The governor denied the allegations. “I want you to know directly from me that I have never touched anyone inappropriately or made inappropriate sexual advances,” Cuomo said, speaking Tuesday.

Cuomo’s behavior was not limited to members of his own staff, it extended to other state employees, including a police officer from his security detail, as well as members of the public, the attorney general’s report said. Cuomo’s conduct violated numerous federal and state laws, James said.

“We also conclude that the culture of the executive chamber – a culture filled with fear and intimidation, while at the same time normalizing the governor’s frequent flirtations and gendered comments – contributed to the conditions that allowed sexual harassment to occur and continue,” investigators June Kim and Ann Clark wrote in the report. “This culture also influenced the inappropriate and inadequate ways in which the Executive Branch responded to allegations of harassment.”

The report details allegations of harassment by 11 women. Clark said investigators found all 11 women to be credible, adding that their claims were corroborated to varying degrees.

“I believe the women. And I believe these 11 women,” James said.
‘Deeply disturbing, but clear picture.

The report said Cuomo made specific rebuttals of the behavior that the complainants clearly recalled, but investigators said “we found his rebuttals insufficiently convincing and inconsistent with the mass of evidence obtained during our investigation.”

According to James, investigators talked to 179 people and reviewed 74,000 pieces of evidence. That evidence painted a “deeply disturbing but clear picture,” she added.
Investigators repeatedly called Cuomo’s behavior “illegal.” But a footnote in the report says the report does not conclude “whether the conduct is tantamount to or should be subject to criminal prosecution.”

The report details the harassment the women say they were subjected to and the steps investigators took to corroborate their stories.

One unnamed state employee told investigators that Cuomo put his hand on her buttocks, touched and then grabbed her buttocks at an event where he spoke in New York in September 2019. According to the report, she noted the governor’s inappropriate touching in a timely email dated the day after the incident.

Another accuser, Anna Ruch, previously reported by CNN, received an unwanted kiss on the cheek from the governor in September 2019 at a wedding party of one of his senior aides, according to the report. Investigators were provided with photos taken by one of Ruch’s friends, and after the incident, Ruch told friends about the incident and how upset she was by Cuomo’s actions, the report said.

An unnamed executive assistant told investigators that Cuomo touched and grabbed her buttocks as they hugged. The report says Cuomo “asked her several times if she had or would cheat on her husband and asked her to help him find a girlfriend.” Initially, according to the report, she kept the statement to herself and then reported it to senior Executive Branch staff after a March 3 press conference in which Cuomo said he “never touched anyone inappropriately.”

The report also details the backlash some accusers received from Cuomo’s office after they disclosed their investigations. After former aide Lindsay Boylan made the harassment allegations, the governor and the executive branch “actively engaged in efforts to discredit her, including by circulating confidential internal documents to the press that made her look negative,” the report said. Those efforts included a draft article disparaging Boylan that was circulated to current and former Executive Chamber employees, the report said.
The report says Cuomo was “personally involved in the preparation” of the article, which ultimately was not published.

The investigation into allegations of sexual harassment is one of several initiated by the state attorney general’s office against Cuomo and his entourage as political fire has raged around the governor in recent months. The controversy swirling around Cuomo is a far cry from the recognition he received at the beginning of the coronavirus pandemic.

In January, James presented a report on an audit of how his administration accounted for nursing home deaths during the Covid-19 outbreak, which found that his administration had underreported nursing home deaths by about 50 percent. In addition, James is investigating whether Cuomo used official resources to write and distribute his book, American Crisis: Lessons for Leadership After the COVID-19 Pandemic.

Cuomo has denied allegations of inappropriate touching, but issued a statement in February acknowledging that some of his workplace remarks “may have been insensitive or too personal.” The statement said he was “sincerely sorry” to those who might have “misinterpreted (those remarks) as unwelcome flirting.”
The backlash swept the New York Democratic Legislature, where lawmakers revoked some of Cuomo’s temporary emergency powers and began impeachment proceedings.

The accusations against Cuomo intensified earlier this year when, in February, a former aide relayed to The New York Times her account of uncomfortable interactions with the governor. That aide, Charlotte Bennett, alleged that Cuomo asked her questions about her sex life during a June 2020 conversation in his office at the state Capitol. She told the newspaper that she interpreted Cuomo’s comments as “explicit allusions to a sexual relationship.”

Another former aide, Lindsey Boylan, made her own accusations against Cuomo, saying in a February post on Medium that he made inappropriate gestures, including an unwanted kiss.

Cuomo was questioned last month by investigators from the attorney general’s office for more than 11 hours.