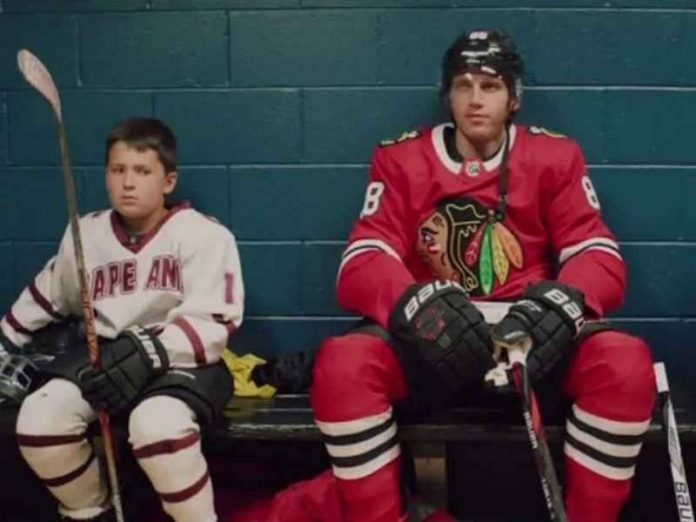 Hockey commercials have been around for decades, and just like any other game, some stand out from the rest.

Commercials for the game have been humorous, emotional and just plain weird.

But these 10 are some of the best ones that have aired:

Nike Hockey: Don’t Fence Me In

Remember when Nike had a hockey division? In the 1990s and 2000s, Nike had one of the best marketing, and it included several NHL names.

That 2000s commercial with Marcus Naslund and Ilya Kovalchuk was certainly one of the best. These two stars decided that the puck leaving the ice didn’t mean the game had to stop. They went through the streets, the kitchen, and the hotel before getting back into action.

In the early 2010s, the Boston Bruins wanted to remind their fans to never leave a game early to avoid traffic, using very cruel methods. The Bruins used their mascot in several other ads, but all the others were much less aggressive than this one.

Most people know Darren Pang as the smallest goalie in the modern NHL, but thanks to McDonald’s we’ve been introduced to an even smaller one: JC Petite. The lines from the commercial may have been more memorable than the sticks themselves, which McDonald’s sold in restaurants.

“Betcha Can’t Eat Just One” is a catchphrase that has been used for years by the Lays brand. For a long time, Marc Messier was the main face of the campaign.

Why isn’t anyone else trying to woo Messier away from a kid who has a seemingly endless list of memorabilia to sign?

ESPN’s “This is Sportscenter” commercials featured the world’s biggest athletes in Bristol most often in full uniforms. Did it matter if the players were active or retired? Absolutely not, which made these ads even funnier.

The late, great Gordie Howe, showing up only to be ignored by Keith Olbermann and voicing his displeasure about it, is one of the best.

We already know that the Stanley Cup is one of the toughest trophies in sports, but this commercial is great. It shows how much emotion goes into finally reaching the pinnacle of hockey in simple form.

From the biggest names to Brett Hull, Mark Messier and others, once you’ve won it, it can be hard to explain what it really means to win what everyone works for years in the game.

McDonalds gets a second mention on this list, but it’s well deserved. The fast food giant brought a hockey touch to the basketball commercial, which featured Larry Bird and Michael Jordan battling it out for a Big Mac.

The hockey version, in which Wayne Gretzky and Mats Sundin fought over lunch, was as absurd as the basketball version, but still charming and hilarious.

What happens when the stars of all the NHL teams find themselves alone in a hotel?

It turns out to be one of the best hockey commercials ever! Alex Ovechkin orders enough food to Sidney Crosby’s room for an entire province, and Ryan Miller and Roberto Luongo banter with Marty Turco – each commercial has its own gem.

Dunkin Donuts: Inside the Bubble with Dunkin

Dunkin brought many back to their childhoods with a bubble hockey commercial.

T.J. Oshie and David Pastrnak lending their voices to the CGI commercial is a nice touch.

I wish I had been in the meeting room when this commercial was introduced. Alex Ovechkin’s head, just a head asking a student if he bought U+ Crazy Light skates? Weed wasn’t legal in those days.

One of the most unique ads you’ll see in hockey, but it also shows the personality of Alex the Great without most of his body.