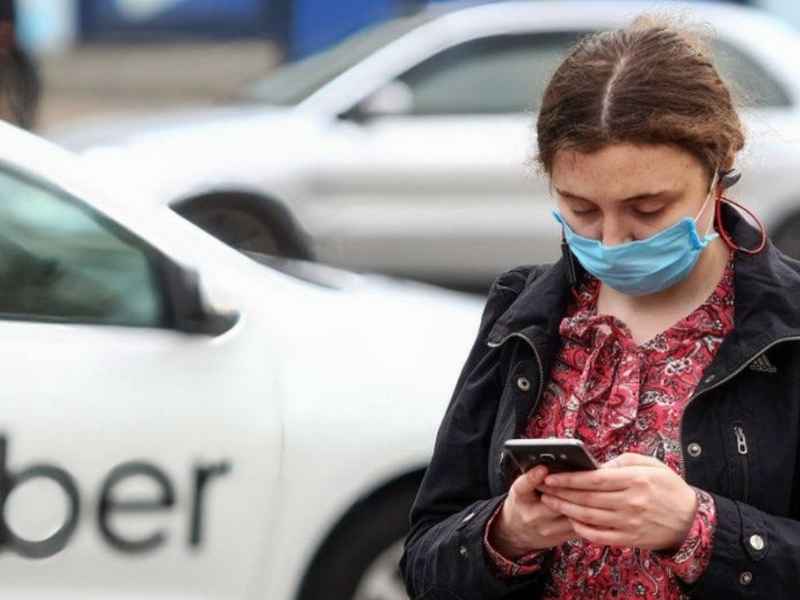 Uber slides over reports SoftBank: Uber shares fell after reports that investment firm SoftBank is selling about a third of its stake in the U.S. app Uber.

According to one report, SoftBank is selling shares worth about $2 billion (£1.44 billion) to cover betting losses on Chinese company Didi and other investments.

Didi shares have fallen since they debuted in the U.S. market less than a month ago.

This came after a series of actions by Chinese authorities spooked investors.

By selling 45 million shares of Uber, SoftBank Vision Fund will cut its stake in the company by about a third.

According to CNBC, the Japanese technology investment group lost a total of about $4 billion on its stake in Chinese ride-hailing company Didi.

But Reuters news agency reported that SoftBank’s decision to cut its stake in Uber had nothing to do with Didi’s drop in value, and the company simply thought it was a good time to turn a profit.

SoftBank poured about $7.6 billion into Uber in 2018 and will add another $333 million to that investment next year.

SoftBank is Didi’s largest shareholder, with a stake of more than 20%.

Uber also owns nearly 13 percent of Didi after the U.S. company sold its operations in China to a local competitor five years ago.

The market value of Chinese tech companies traded in the U.S., Hong Kong and mainland China has plummeted in recent months as Beijing tightens its grip on the industry.

Didi’s stock has fallen nearly 40 percent since it began trading on the New York Stock Exchange on June 30.

Uber shares were down 5 percent in extended trading in New York.

SoftBank did not immediately respond to the BBC’s request for comment.

I’m A Celebrity… Get Me Out Of Here! Frankie Bridge, Richard...