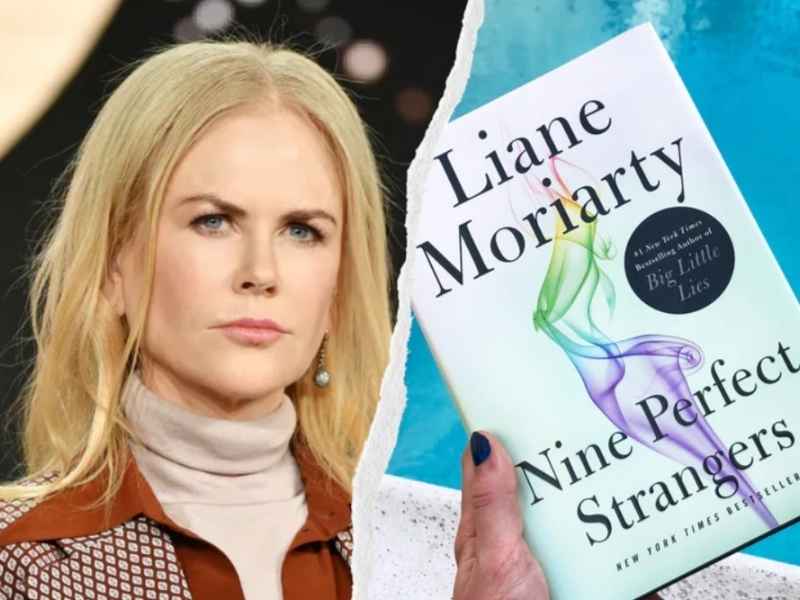 Another acclaimed book by the author of “Big Little Lies” is coming to the small screen — and many of those behind the HBO series are gearing up for it.

The chances of a third season of “Big Little Lies” seem slim, but Hulu is developing a new show that is sure to please ardent BLL fans. Here’s everything we know about your next obsession, “Nine Perfect Strangers.”

The short teaser introduces viewers to the world of Tranquillum House Spa and Masha, the creepy spa director (played by Nicole Kidman). The trailer begins with Frances, played by Melissa McCarthy, going to the spa. The situation then escalates… quickly. Watch the full trailer above.

The movie is based on Liana Moriarty’s bestselling book.
The book, Nine Perfect Strangers, spent 13 weeks on the New York Times bestseller list when it was published in 2018. Judging by the official description, it seems to exist in the middle of wealth and intrigue (in other words, textbook Moriarty.) Read the synopsis in full below.

Nine people gather in a remote sanitarium. Some have come here to lose weight, some to reboot, and some for reasons they can’t even admit to themselves. Amid all the luxury and pampering, mindfulness and meditation, they know that these ten days can be about real work. But none of them could have imagined how challenging the next ten days would prove to be.

The cast is stacked.

There are even more familiar faces behind the camera.

“Big Little Lies” creator David E. Kelley is co-writing the script and co-producing the series with John Henry Butterworth (“Edge of Tomorrow”). Moriarty, like “Big Little Lies” producer Bruna Papandrea, will participate in the project as an executive producer.

The series will air on August 18.

Another clip from the series debuted during the 2021 Academy Awards. You can see Nicole Kidman in her creepy, iconic glory below.

A COLLABORATION BETWEEN SWEDISH HOUSE MAFIA AND THE WEEKND COULD BE...