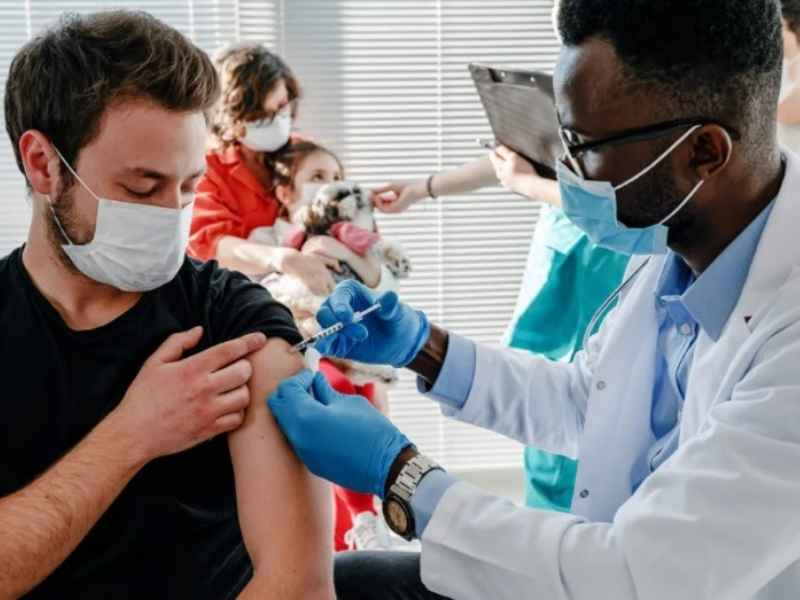 Second COVID-19 vaccine dose for people with cancer: Since the COVID-19 pandemic began 16 months ago, there have been few comprehensive studies of how mRNA vaccines (Moderna/Pfizer-BioNtech) affect people with cancer and undergoing treatment.

A study published last week by the Leukemia and Lymphoma Society (LLS) shows that despite the safety of vaccines, about 1 in 4 people with blood cancers do not produce detectable antibodies after vaccination.

The study, “Antibody Response to the SARS-CoV-2 Vaccine in Patients with Hematologic Malignancies,” published in the journal Cancer Cell, is the largest such study to date.

Dr. Gwen Nichols, chief medical officer of LLS, told Healthline that people with non-Hodgkin’s lymphoma were less likely to have detectable antibodies from the vaccine among all blood cancers.

The percentage of people with non-Hodgkin’s lymphoma who were seronegative after vaccination ranged from 21 percent to 56 percent, she said.

Among people with leukemia, people with chronic lymphocytic leukemia were most often seronegative — a test result showing a low level of antibody response.

People with multiple myeloma had higher levels of detectable antibodies than other blood cancers.

Only 5 percent of people with multiple myeloma were seronegative.

However, the researchers noted that other studies have reported higher rates of seronegativity (up to 15 percent) in people with multiple myeloma.

“There are 250,000 patients in the U.S. blood cancer population alone who don’t produce antibodies,” Nichols said.

But Nichols added that she and her colleagues don’t want anyone to use the findings as a reason not to vaccinate.

“The first conclusion from this study should be that 75 percent of blood cancer patients do respond to the vaccine and that vaccines are safe,” she said.

Nichols added that people with blood cancer need to understand that they are “at greater risk because they are immunosuppressed, which can be caused by both the cancer and the treatment.”

She encourages all people with blood cancer to get vaccinated.

“Young people can get COVID and not get sick. But if they get the virus and they have parents and grandparents and have contact with them, it can kill them,” she said. “This is not a joke. We encourage all blood cancer patients to think about vaccinating their loved ones.”

Meanwhile, another new studyTrusted Source of Israel Cancer Researchers, published in the journal JAMA Oncology, shows that people with solid tumor cancer who were on active treatment had a “pronounced lag” in antibody production after receiving the first Pfizer-BioNTech COVID-19 vaccine.

But that rate increased significantly after receiving the second dose, said Dr. Irit Ben-Aharon, director of the Department of Oncology at Rambam Medical Center in northern Israel.

The study evaluated the serologic status and safety of the vaccine in 232 people receiving active treatment for solid tumor cancer and 261 healthcare workers who served as a control group.

After the first dose of vaccine, 29 percent of people with cancer were seropositive, compared with 84 percent of the control group.

After the second dose of the vaccine, the seropositivity of people with cancer reached 86 percent, and side effects were similar to those seen in healthy people.

The vaccine appears to be safe with a satisfactory level of seropositivity in people being treated for cancer, she explained, but protection may come later compared to the rest of the population.

“These are patients who are being treated with chemotherapy, immunotherapy, biological therapy, etc. The systemic treatment probably affects their immune response,” Ben-Akharon said.

She added that the study results illustrate the importance of a second vaccination.

“Antibody production may take longer,” Ben-Acharon said. “This delay is worrisome, but most patients with solid tumors produce antibodies.”

Ten Years Before Her Wedding, This Bride Found Her Balenciaga Wedding...