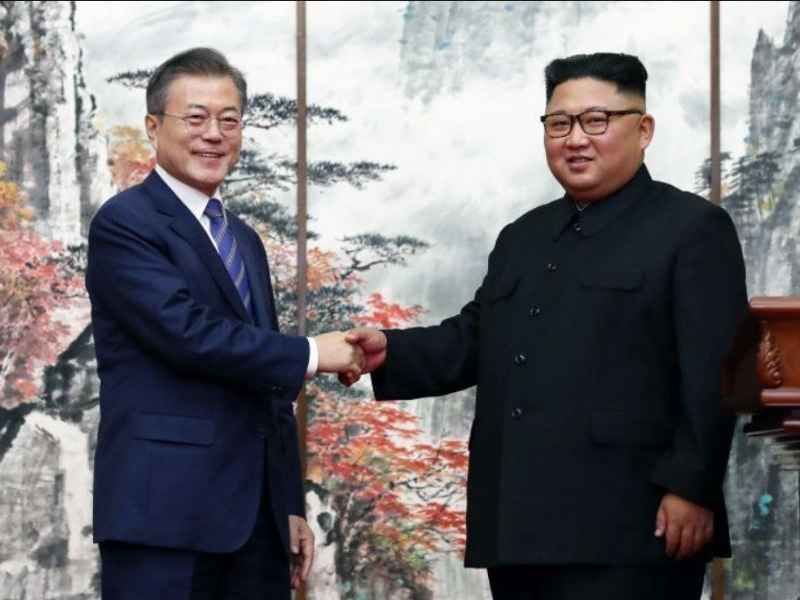 North and South Korea have restored the hotline that Pyongyang interrupted last June.

According to a statement from the South Korean presidential office, the two leaders agreed to restore trust and improve communications.

They have exchanged several personal letters since April, the statement said.

North Korea broke off the hotline in June 2020 as relations between the two countries soured after a failed summit.

Shortly thereafter, North Korea blew up an inter-Korean border post that had been built to improve communication.

“In accordance with the agreement reached between the top leaders, the North and the South have taken steps to reopen all inter-Korean communication lines as of 10:00 a.m. July 27,” North Korea’s official KCNA news agency reported. “The top leaders agreed to take a big step in restoring mutual trust and promoting reconciliation,” the agency added.

Representatives from both sides spoke by telephone for three minutes, according to South Korea’s Unification Ministry. The ministry added that another phone conversation will take place Tuesday afternoon and will be held daily from now on.

“We are happy to talk again after a break of more than a year. We hope that this … [will] bring good news to all the Korean people,” the South representative said.

But they quickly deteriorated after a second summit between Mr. Kim and then-U.S. President Donald Trump broke down.

Tensions later escalated as defector groups in the South sent propaganda across the border.

As a result, North Korea severed all military and political ties, including the hotline between its leaders.

South Korea’s president has called for the restoration of the hotline and negotiations aimed at eliminating North Korea’s nuclear and missile programs.

The two Koreas remain formally at war, as the Korean War of 1950-1953 ended with an armistice, not a peace treaty.

Sex Toys Can Be Intimidating — But These Aren’t, I Swear

One of Zimbabwe’s vice presidents quits amid sex scandal

At the Olympics, Pink Masks Divided the Men’s Fencing Team