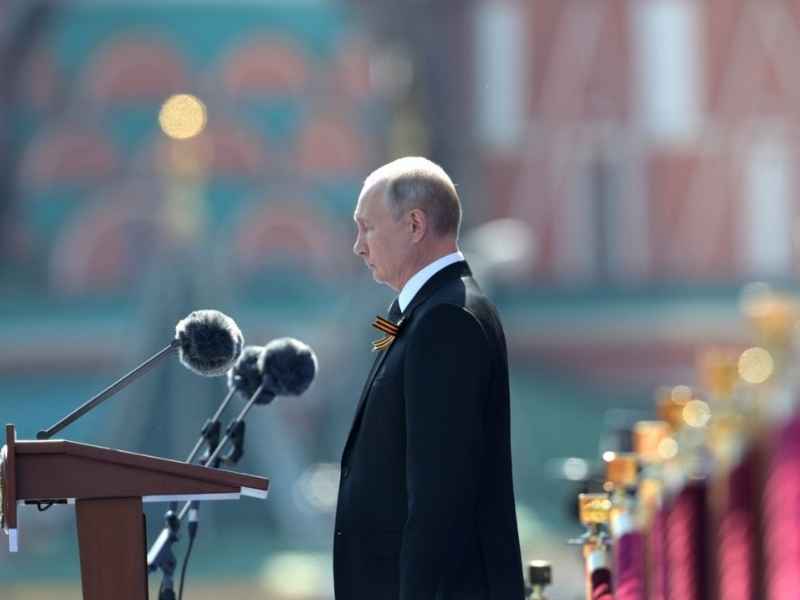 As the construction of the Nord Stream 2 pipeline nears completion, it is a good time to ask what the Russian president will do next. Will Putin attack or not?

Maximilian Terhalle is a visiting professor in the Grand Strategy Program at King’s College London and a former senior adviser to the British Ministry of Defense. He recently published an IISS Adelphi paper, “Defense Responsibility: Rethinking Germany’s Strategic Culture,” with Bastian Gigerich.

Russian President Vladimir Putin won the battle over the Nord Stream 2 pipeline. After U.S. President Joe Biden admitted last week that further sanctions were “not really helpful” – given that 98 percent of the pipeline has already been built – German Chancellor Angela Merkel’s often-criticized support for the project has finally paid off.

But with excavation work on Nord Stream 2 completed at the end of August, transatlantic strategists will have to think even harder about the question at the heart of all this momentum: Will Russia attack? And if so, when?

It is likely that Ukraine, at war since 2014 and deprived, thanks to the pipeline, of even the minimal control it once had over Russia, is now doomed. NATO’s smaller neighboring members are also rightly trembling, once again wondering how reliable the alliance’s deterrent is. And with good reason.

The Russian president must have been emboldened by Germany’s defiance of harsh criticism of the pipeline from Poland and the Baltic states – not to mention Biden’s recent statement that Russia poses less of a security threat to the U.S. than China.

Last week, Putin said that it was the West’s alleged “anti-Russian project” that prompted him to write an article about why Russia and Ukraine are really one state. The implication was obvious: Sudetenland, Kuwait – now Ukraine is next?

Those who think the answer is “no,” point to comments such as those made by former U.S. Secretary of State Henry Kissinger, who in a 2018 Financial Times interview stressed that Putin is not “a character like Hitler.” Many observers continue to see any dissenting assessments as foretelling doom. They believe they are justified by the fact that, for example, former British Army Chief of Staff Gen. Richard Shirreff’s prediction of “2017: War with Russia” turned out to be wrong.

The former officials point to an ironclad law of NATO deterrence: Russia will not attack the alliance’s eastern flank as long as American soldiers are stationed there – read: German, British or French – it doesn’t matter. With the departure of former U.S. President Donald Trump, U.S. troops remain here. So what’s all the fuss about?

Admiral James G. Stavridis gives one clue. In his book “2034: A Novel of the Next World War,” published with American writer Elliot Ackerman earlier this year, he describes the beginning of a U.S.-China war. Stavridis–who wholeheartedly endorsed Shirreff’s book–does not link his latest insights to Europe and Russia. But others have done so, even perhaps unintentionally.

When James Mattis, then U.S. Secretary of Defense, was asked in 2017 in the Senate if the U.S. could fight two major wars at once, he replied, “No, sir!” And this is where Putin can hope for a favorable opportunity.

A war between the U.S. and China would likely absorb most, if not all, of the U.S. economic and military capabilities and, therefore, severely undermine its authority to provide deterrence in Europe. And so such a conflict would provide Putin with a long-awaited opportunity to repair Russia’s defeat at the end of the Cold War in 1991.

Of course, whether a clash between the U.S. and China will even occur remains to be seen. But it cannot be ruled out that the ongoing rivalry could turn into a major conflagration, precisely because it is very unlikely that either side will want to cede power in any significant way.

In the meantime, given Putin’s unprincipled nature, Europe, including Britain, should not base their lofty assurances to Ukraine on trust in the Russian leader.

Instead, they should prevent future attacks by acting on two levels: First, European powers should clearly demonstrate to Putin that they are willing to disconnect Russia from the Belgian-based SWIFT system, a global network that facilitates international banking transactions. Second, the Europeans should reconsider pooling and increasing their nuclear arsenals in the form of a Euro deterrent force within NATO.

The victory of Putin’s Nord Stream 2 struck a blow to NATO deterrence. Appeasement won, but it should not have the last word.

SKRILLEX HITS THE STUDIO WITH THYS OF NOISIΛ in 2021