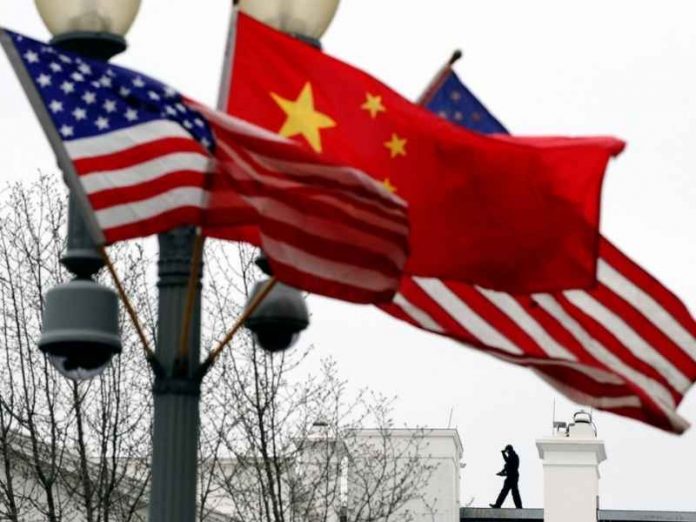 WASHINGTON – U.S. Undersecretary of State Wendy Sherman will travel to China this weekend to address deteriorating relations, the two countries announced Wednesday, in what will be the highest-level visit under President Joe Biden.

The trip will take place despite almost daily new disagreements between the two powers, including on human rights and cybersecurity. Both sides said they at least want to try to achieve more stability in a relationship often described as the most important for the world.

The Chinese state-run Global Times, a tabloid reflecting nationalist views, quoted an expert as saying that “a more stable relationship between China and the United States would benefit the whole world,” but also warned that there could be no further talks, depending on what Sherman tries to discuss.

If the United States raises the issue of rights in Hong Kong and Xinjiang, “they should know that they are losing time,” the publication quoted another expert as saying.

The trip will not have the trappings of a full-fledged official visit. Sherman will not go to Beijing but will spend two days, beginning Sunday, in Tianjin, an eastern port city.

John Kerry, the former secretary of state turned U.S. climate envoy, is the only senior official from the Biden administration to visit China, as the world’s two largest emitters have pledged to work together on the planetary crisis despite their differences.

Kerry also did not hold talks in the capital, but met with his climate counterpart in Shanghai, where the former senator, usually media-friendly, was seen by few.

U.S. Secretary of State Anthony Blinken and Jake Sullivan, Biden’s national security adviser, met in Alaska in March with Wang and senior official Yang Jiechi in a visibly tense meeting in which the Chinese side berated the United States in front of cameras.

Since last week, the United States has publicly accused Beijing of carrying out a massive Microsoft Exchange hack in March and issued a business advisory warning of the risks in Hong Kong. The U.S. Senate also voted to ban imports from Xinjiang over allegations of forced labor.

China condemned what it called a “trumped-up” campaign by the United States, which rallied allies, including Japan and NATO, for a rare joint condemnation of alleged cyber attacks.

Like Blinken before the Alaska talks, Sherman seeks to demonstrate a united front by visiting Japan, South Korea and Mongolia before Tianjin.

The State Department announcement of her trip last week was puzzling because it did not include China, indicating that the two sides are still negotiating a visit.

The trip could set the stage for further exchanges and a possible meeting between President Joe Biden and Chinese leader Xi Jinping later this year, possibly on the sidelines of the G-20 summit in Italy in late October.

Ryan Hass, a senior fellow at the Brookings Institution, said he expects “frank” discussions between the U.S. and China.

“Given the current stress in relations and the possibility of both leaders meeting at the G20 in October, I suspect that both sides have decided to shift their attention to substantive issues,” he said.

Hong Kong’s South China Morning Post reported last week that China was planning a meeting between Xie Feng, deputy foreign minister, and Sherman, but both sides are haggling over the details of the protocol.

“Our top-level interaction is a valuable resource, so we wanted to make sure that we would have meaningful and constructive exchanges with high-level PRC officials,” a senior U.S. administration official told reporters.

“We’re confident that’s what we’re going to get at the meeting with Wang Yi.”

North Korea, the climate and Iran are issues of common concern on which she hopes to make progress in China, despite a rift in relations that has led to the worst level in decades.

“We certainly have ongoing conversations about possible ways to work together on common concerns,” said a second senior official.

Biden has largely maintained the hawkish stance on China taken by his predecessor, Donald Trump. U.S. politicians from various parties say an increasingly assertive Beijing is a major challenge for the United States.

But Biden promised a more focused approach to working with allies on China and tempered the more acrimonious statements made at the end of the Trump administration.

The State Department also announced that Sherman would continue his trip to Oman.

The Gulf Sultanate is a key mediator between the United States and Iran, in whose diplomacy Sherman was heavily involved under former President Barack Obama.