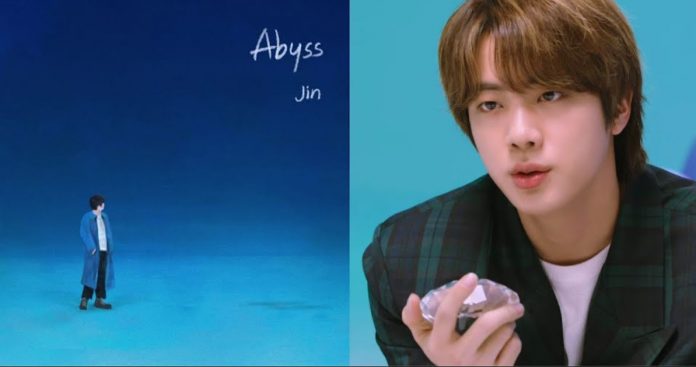 BTS continues to break records even as soloists!

BTS has become synonymous with breaking records. However, not only as a group but also as solo artists, they manage to break records. Recently, V’s song “Sweet Night” reached number one in 87 countries on iTunes, breaking PSY’s eight-year record of 86 number one.

Now one of BTS’ other vocalists, Jin, is making history himself. Last year, for his birthday, he released “Abyss,” a song written by himself and reflecting his feelings of burnout. Now, less than a year after its release, this deeply personal song has reached several milestones on YouTube!

On July 9, Jin became the first Korean soloist to get 3 million “likes” on the audio of the song “Abyss.” It also became the most commented audio on YouTube, not only among Korean artists but worldwide, as the number of comments exceeded 559,000. Previously, the song “Jocelyn Flores” by XXXTENTACION held that spot. In fact, this is the only audio released by BTS to rank among the Top 200 most commented videos on YouTube ever. However, several of their music videos certainly made the top 10.

Knowing the meaning behind the song and the original improv release, ARMY can’t help but be impressed and proud of Jin’s accomplishment. Many are congratulating Jin on Twitter, with #BTSJin and #방탄소년단진 trending.

Listen to “Abyss” below: