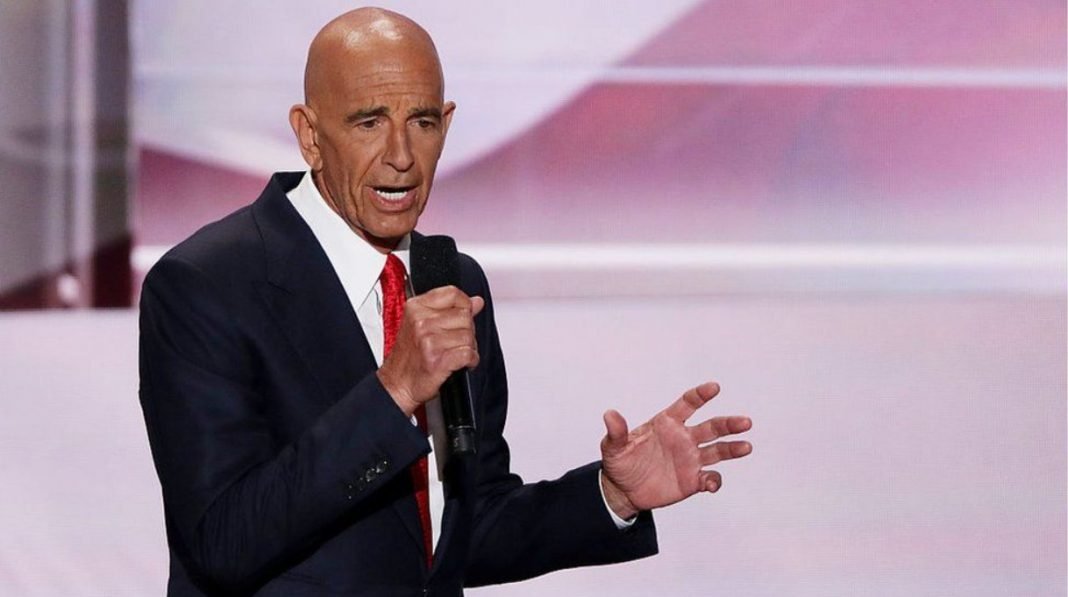 Billionaire and longtime Donald Trump ally Thomas Barrack was arrested in Los Angeles for allegedly acting as an agent of a foreign government.

The 74-year-old investment company founder served as a key adviser to the former U.S. president’s 2016 campaign and was considered a major fundraiser.

Mr. Barrack is accused of illegally lobbying on behalf of the United Arab Emirates during and after the campaign.

A spokesman for Mr. Barrack said he plans to plead not guilty.

Mr. Barrack is charged with conspiracy, obstruction of justice and making multiple false statements to the FBI during an interview in 2019.

Acting Assistant Attorney General Mark Lesko said the conduct alleged in the indictment was “nothing short of treason” to U.S. officials, including Mr. Trump himself.

All three are accused of seeking to promote UAE government interests both by influencing Trump officials and through media appearances.

In May 2016, Mr. Barrack allegedly inserted words praising the UAE into Trump’s campaign speech. A preliminary draft of the speech was allegedly sent to Mr. Alshahi for delivery to UAE officials.

It is also alleged that the defendants received “talking points” from high-ranking UAE officials for use during media appearances.

“After one speech in which Barak repeatedly praised the UAE, Barak emailed Alshahhi, ‘I did this for the home team,” referring to the UAE,” the indictment document said.

The men also allegedly agreed to promote a man favored by the UAE to be the U.S. ambassador to Abu Dhabi.

In December 2016 – after the election – Mr. Barrack allegedly advised Mr. Grimes and Mr. Alshahhi to draw up a “wish list” of U.S. foreign policy issues the UAE would like to see implemented under the Trump administration.

Donald Trump may be stepping down as president, but members of his inner circle are still in the crosshairs of prosecutors. Tom Barrack is the latest target.

It’s hard to overstate Barrack’s ties to Trump during their four decades of friendship. For example, he was instrumental in convincing then-candidate Trump to hire Paul Manafort as his campaign manager and helped fill senior staff positions.

Now, like Manafort and other Trump associates, Barack faces accusations of using his ties to Trump to advance foreign government interests.

This is further evidence that during Trump’s campaign and the early days of his presidency, countries sought to take advantage of the budding nature of Trump’s political team to gain influence over U.S. foreign policy, both at and under the negotiating table.

Barack and Trump have reportedly quarreled, but their ties run very deep. If he wants to talk about Trump’s past activities, prosecutors might be inclined to listen to him.

Why Robots Can’t Sew Your T-Shirt

‘COVID is still out there’: PM says our position is ‘challenging’...

Shang-Chi and the Legend of the Ten Rings (2021) Review