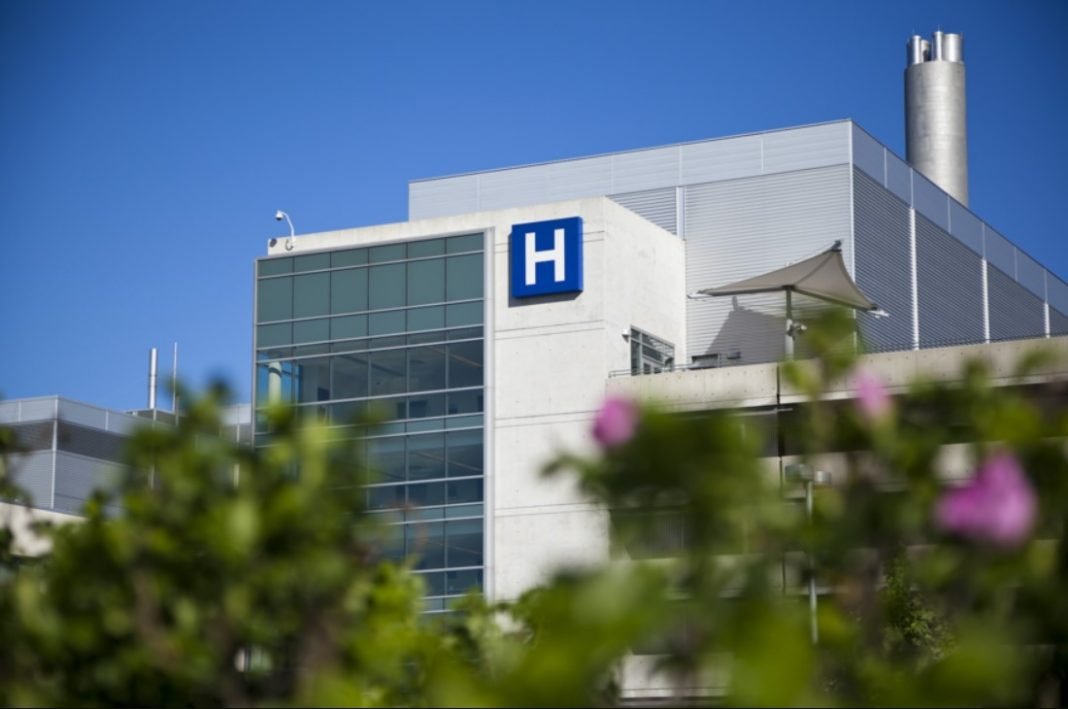 The treatment was routine. A 30-year-old man was treated at a hospital in Modesto, California, for shoulder and back pain after a car accident. He went home in less than three hours.

The bill was unusual. Sutter Health Memorial Medical Center billed $44,914, including $8,928 for a “trauma alert,” which is charged for calling the hospital’s top surgical specialists and is usually associated with patients with the most severe injuries.

The case, lost in the records of a 2017 trial, is a rare example of a legal challenge to what billing consultants say is an increasingly common occurrence in American hospitals.

Tens of thousands of times a year, hospitals charge huge fees to provide care for injuries so minor that the patient is never hospitalized.

In Florida alone, where the number of trauma centers has skyrocketed, hospitals charged such fees more than 13,000 times in 2019, even if the patient went home the same day, according to a KHN analysis of state data provided by Etienne Pracht, an economist at the University of South Florida. Those cases accounted for more than a quarter of all state trauma team activations that year and were more than double the number of similar cases in 2014, according to a database of hospital claims from all payers maintained by the Florida Health Care Management Agency.

While false alarms were to be expected, such frequent write-offs for little or no treatment indicate that some hospitals view the alerts as a means to get money rather than as a tool for providing emergency care, claims consultants say.

“Some hospitals are using this as a revenue generator,” Tami Rockholt, a registered nurse and medical claims consultant who served as an expert witness in the Sutter Health car accident trial, said in an interview. “It’s being used,” she said, and there are “many more such cases” than there were a few years ago.

Hospitals can charge for trauma activation when a team of doctors and nurses assemble after an ambulance crew reports an approaching patient in need of trauma care. The idea is that life-threatening injuries require immediate attention and that designated trauma centers should be able to recoup the cost of keeping the team in readiness, even if it never starts.

Those costs, which can exceed $50,000 per patient, are charged over and above what hospitals charge for emergency medical care.

“We do see quite a few inappropriate trauma costs — more than we did five years ago,” says Pat Palmer, co-founder of Beacon Healthcare Costs Illuminated, which analyzes thousands of bills for insurers and patients. Recently, “we saw a trauma activation bill when a patient walked into the emergency room” and walked out shortly thereafter, she said.

Under Florida regulations, hospitals themselves can issue an “in-hospital trauma alert” for “patients not identified as a trauma alert” on-site, according to standards published by the Florida Department of Health.

At some hospitals, the few patients whose cases trigger a trauma alert are treated and discharged the same day.

At Regions Hospital, a Level I trauma center in St. Paul, Minnesota, patients not admitted after a trauma team alert are “very rare” – 42 of 828 cases last year, or about 5 percent, said Dr. Michael McGonigal, director of the center, who runs the blog The Trauma Pro.

“If you’re charging activation fees for all these people coming home, it’s going to end up being a wake-up call” for Medicare and insurance companies, he said.

In the Sutter case in Modesto, a patient sued the driver who hit his car, seeking damages from the driver and her insurer. The patient “looks good,” the ambulance doctor wrote in the records that were part of the evidence at trial. He prescribed Tylenol with hydrocodone for pain relief.

“Unless someone bleeds out or their heart stops or they stop breathing in the next 30 minutes, they probably don’t need a trauma team,” Rockholt said in her deposition.

Like other California hospitals with trauma center status, Sutter Health Memorial Medical Center follows “county-established criteria” for declaring activation, said Sutter spokeswoman Liz Madison: “The goal is to always be prepared to care for trauma patients – even in cases where the patient is deemed healthy enough to be treated and released the same day.”

Trauma centers regularly review and revise their trauma team activation policies, said Dr. Martin Schreiber, head of trauma medicine at Oregon Health & Science University and chairman of the board of the American Association of Trauma Centers, an industry group.

“I don’t think trauma centers are using activation to make money,” he said. “Activating patients unnecessarily is not considered acceptable in the trauma community.”

Hospitals began billing trauma teams to all sorts of insurers after the Medicare program allowed their use in cases where hospitals receive notifications of serious injuries before the patient arrives in 2008. According to trauma surgeons, instead of leaving injury notifications up to paramedics, hospitals often call trauma teams themselves based on information from the scene.

Reimbursement for trauma activation is challenging. Insurers don’t always pay for trauma care. Under rules set by Medicare and a committee of insurers and providers, emergency departments must provide 30 minutes of critical care after an injury is signaled in order to receive payment for team activation. According to billing consultants, for inpatients, trauma team fees are sometimes included in other payments.

But overall, the increase in the size and frequency of trauma team activation fees, including for noninpatients, has helped turn trauma surgeries, which used to be often a financial loss, into profit centers. In recent years, hundreds of hospitals have been pushing for trauma center status, which is necessary for billing for trauma activation.

“There must have been a consultant going around the country saying, ‘Hey, hospitals, why don’t you start charging this fee, because you can,'” says Mark Chapman, founder of Chapman Consulting, which handles large hospital billing disputes for auto insurers and other payers. “In many of these cases, patients never make it to the hospital.”

According to the American College of Surgeons, the number of Level I and II trauma centers capable of treating the most severe patients has grown from 305 in 2008 to 567 last year. Hundreds of other hospitals have Level III or IV trauma centers that can treat less severe injuries and also bill the trauma team, though often at lower rates.

Emergency surgeons say they walk a narrow path between being overly cautious and unnecessarily activating the team (known as “overloading”) and putting patients at risk by not calling the team when severe injuries are not evident.

Often “we don’t know if patients have serious injuries on the scene,” says Dr. Craig Newgard, professor of emergency medicine at Oregon Health & Science University. “Ambulance providers use the best information they have.”

Too many critically injured patients are still not getting the care they need from trauma centers and teams, Newgard said.

“We’re trying to bring the most benefit to the greatest number of people from a system perspective, recognizing that it’s basically impossible to get triage right every time,” he said. “You’re going to get some patients to major trauma centers who don’t really have major injuries. And that’s going to be a little more expensive. But the tradeoff is survival optimization.”

At Oregon Health & Science, 24% of patients who received trauma care in the 12 months ending this spring were not hospitalized, Schreiber said.

“If that number gets much lower, you could be putting patients who need activation at risk if they’re not activated,” he said.

On the other hand, the growth in the number of trauma centers and the increased fees are driving up health care costs. Those costs are passed on through higher premiums and costs paid not only by health insurers, but also by auto insurers, who are often first in line to pay for the care of an accident victim.

According to billing experts, audits are rarely conducted, and the system is often geared to pay claims with little or no scrutiny. Legal problems like the one that arose in the Sutter case are extremely rare.

“Most of these insurers, especially auto insurance, don’t look at the bill,” says Beth Morgan, CEO of Medical Bill Detectives, a consulting firm that helps insurers contest hospital bills. “They automatically pay it.”

“Sometimes insurance companies don’t pay them. So people can get stuck with that bill,” Morgan says.

A few years ago, Zuckerberg San Francisco General Hospital billed the family of a toddler who fell out of his hotel bed $15,666 for trauma care. He was fine. The treatment consisted of a bottle of formula and sleep. The hospital canceled the fee after KHN and Vox wrote about it.

According to McGonigal, trauma alert fatigue can lead to non-financial costs for the trauma team itself.

“Every time a pager goes off, you take a lot of people away from work only to have [patients] go home an hour or two later,” he said.

“Some trauma centers run into problems because they are exhausting themselves. And there’s probably unnecessary expense for all the resources that are needed to evaluate and manage these patients.”

KHN (Kaiser Health News) is a national news outlet that does in-depth journalism on health issues. Along with policy analysis and surveys, KHN is one of KFF’s (Kaiser Family Foundation) three major operating programs. KFF is a nonprofit, endowment-funded organization that provides health information to the entire country.

Disney+’s Flora & Ulysses Is Sure to Make You Laugh!