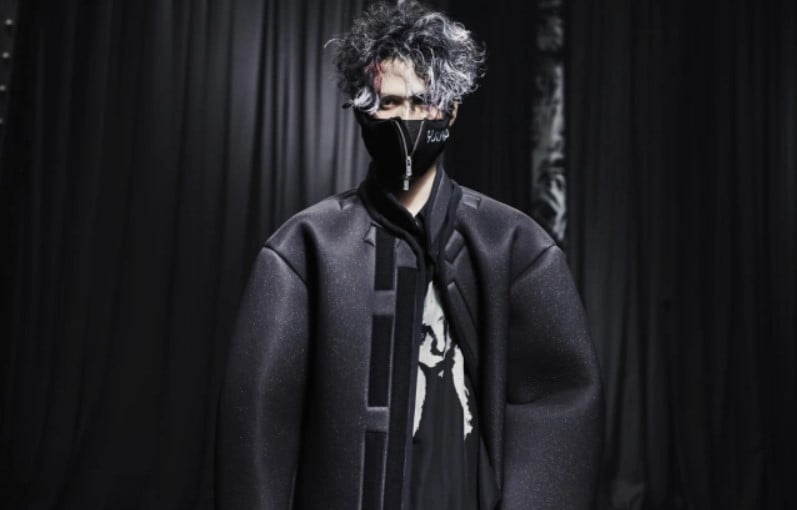 The designer has reimagined many of his trademarks, turning them into closet pieces for a world in distress.

The world is going through bad times, and Yohji Yamamoto’s fall images don’t suggest otherwise. With mussed hair and dusty faces, they certainly looked a little worse than usual under the lens of fashion photographer Takaya.

In a video echoing the moody effects and tone of last season, the models made their way across the carpeted runway in a room draped in black to the menacing sound of the designer’s voice, which is always a highlight for Yamamoto fans. Most wore masks, some didn’t-this fact, which his team was quick to explain, was merely an observation of current habits, not a judgment.

The state of the world has long occupied Yamamoto’s thoughts, so he rethought many of his tropes in the closet of a world in crisis. Lightweight fabrics such as cotton, linen and silk were a commentary on global warming, according to the collection notes. Coconut outerwear, duffle coats, tailored pieces with a hint of historical references and an abundance of leather jackets stacked on top of each other felt like imperfect protective padding.

Tougher options, such as overalls or military-style jackets and the ubiquitous utilitarian footwear, radiated a martial vibe. The designer has often been more of an amateur, but this time he sided with the fighters. Messages relating to social movements, animal rights or sanitation emergencies were splashed across bodies and limbs, turning them into mobile billboards. “Born to be a terrorist” and “You must take me to hell” were among the slogans.

But for all the bleakness of the palette, there may be hope in these dark punks. At least, that’s how one might construe the handful of colors peeking through under the layers and the words “Amazing Grace” written in blazing orange.