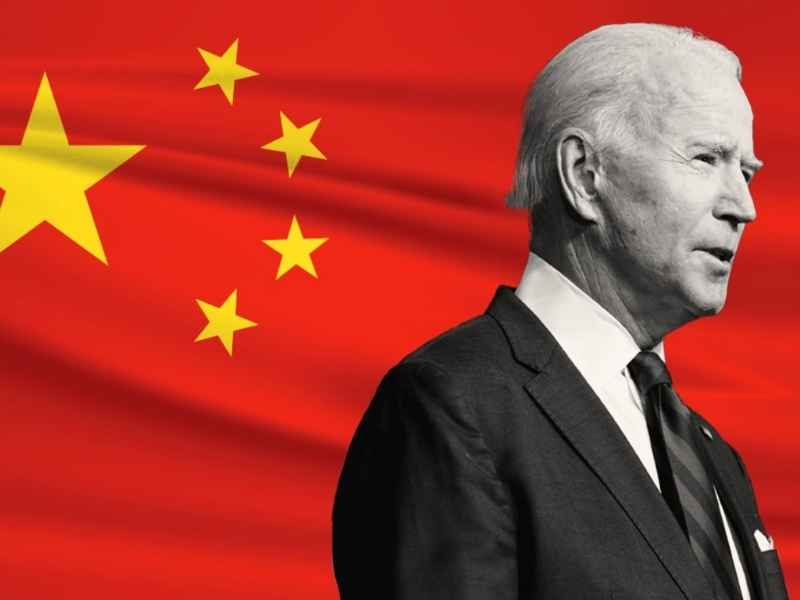 U.S. President Joe Biden said his administration would issue advice warning U.S. companies about the risks of doing business in Hong Kong as China tightens its grip on the semi-autonomous region.

“The situation in Hong Kong is getting worse. And the Chinese government is not fulfilling the commitments it has made to … Hong Kong,” Biden said Thursday at a news conference with German Chancellor Angela Merkel.

“And so it’s more of an advice on what might happen in … Hong Kong. It’s so simple and so complicated,” he added, according to a transcript of his White House speech.

Several news outlets reported that the council will be released Friday. The business council could appear at the same time as U.S. sanctions against seven Chinese officials for suppressing democracy in Hong Kong, Reuters reported, citing unnamed sources.

The situation in Hong Kong is deteriorating. And the Chinese government is not fulfilling the commitments it has made to … Hong Kong.”

Hong Kong, a major business center in Asia, has become a contentious issue in U.S.-China relations, which have wobbled after a dispute over trade tariffs, technology competition and the origins of the Covid-19 pandemic.

The city is a former British colony that reverted to Chinese rule in 1997. It is governed under the principle of “one country, two systems,” which promises Hong Kong a “high degree of autonomy.

Concerns about the National Security Act

The U.S. – and other countries, including Britain – have criticized China for undermining Hong Kong’s autonomy.

U.S. State Department spokesman Ned Price said Tuesday that the national security law “continues to undermine” the rule of law in Hong Kong, on which a healthy business community relies.

“Overall, we are committed to ensuring that businesses can operate in a stable, predictable and fair regulatory environment around the world,” Price said at a press briefing when asked about the Hong Kong business advisory.

The passage of the national security law last year followed months of pro-democracy protests in the city that sometimes escalated into violence. Chinese officials and state media often said that “outside forces” were behind the protests in Hong Kong.

Beijing has said that the law aims to prohibit separatism, subversion of state power, terrorist activities and foreign interference.

More than 100 people have been arrested under the law in its first year, many of them democratic politicians, activists, journalists and students, Reuters reported last month. Hong Kong-based pro-democracy newspaper Apple Daily was forced to close after authorities froze its assets under the law, leaving it without the means to maintain operations.

How to Stay Safe Using Dating Apps and Websites