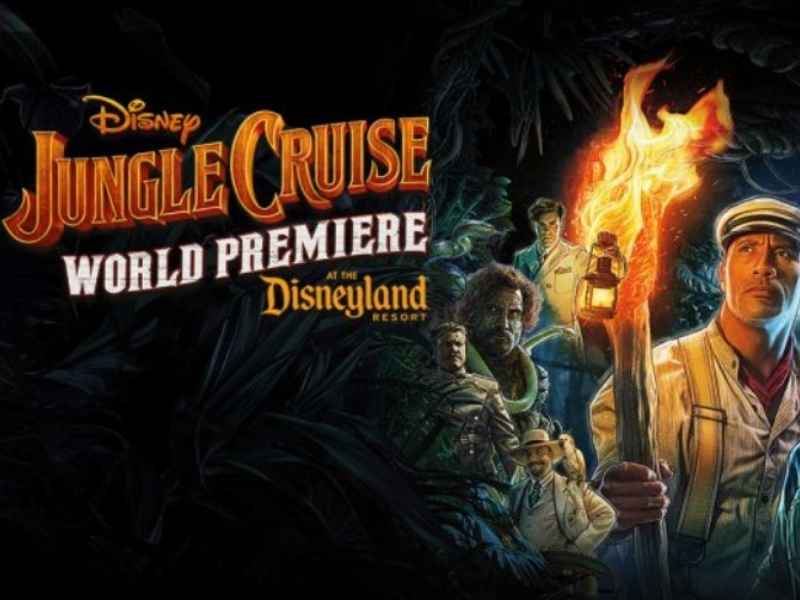 We will soon be traveling again on the world’s most “treacherous” rivers on the world-famous Jungle Cruise attraction when the beloved attraction reopens at Disneyland Park on July 16, and later this summer its upgrades will be completed at Magic Kingdom Park!

Today, I’m excited to announce that adventure lovers from around the world will be able to join part of this journey virtually when we take you aboard the Jungle Cruise and beyond. Tune in for a special live broadcast of the world premiere of “Jungle Cruise” on July 24 at Disneyland Parks, right here on Disney Parks Blog. That’s right, “Jungle Cruise” will set sail on a new, uncharted tributary – live!

When Disney’s “Jungle Cruise” officially premieres on July 30, you can join fan favorites Dwayne Johnson and Emily Blunt on the adventure of a lifetime on a thrilling journey through the Amazon with witty skipper Frank Wolf and intrepid explorer Dr. Lily Houghton. Lily travels from London, England, to the Amazon jungle and enlists Frank’s dubious services to guide her down the river on La Quila, his dilapidated but charming boat. Lily is determined to find an ancient tree with unprecedented healing powers that could change the future of medicine. Setting out on this epic trek together, the unlikely duo face countless dangers and supernatural forces lurking in the deceptive beauty of the lush rainforest. But as the secrets of the lost tree are revealed, the stakes become even higher for Lily and Frank, and their fate and the fate of humanity hang in the balance.

*There will be some changes in operations at Disneyland Park due to the film’s July 24 premiere. Please check Disneyland.com for the latest details.