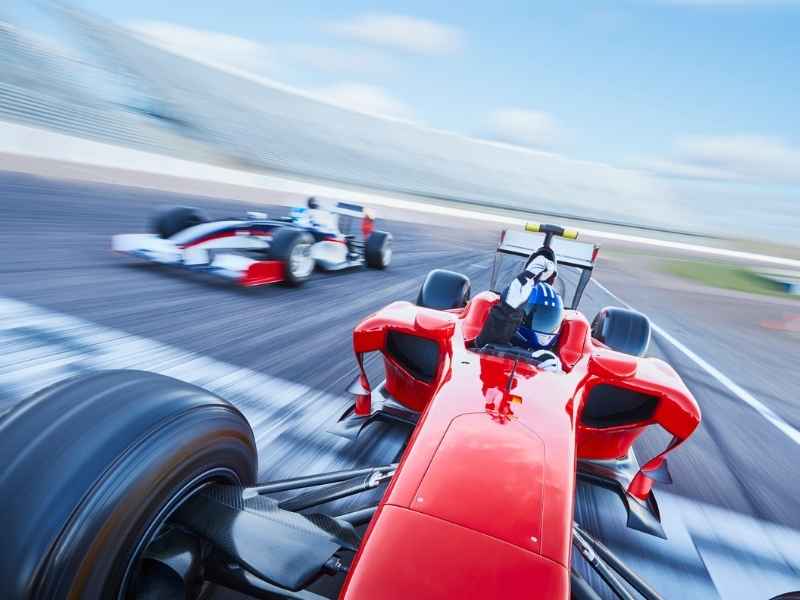 At this weekend’s British Grand Prix sprint qualifying, Formula One will break history by introducing a new weekend format that includes the second race in addition to the main event.

For the first time ever, the Grand Prix will not be the only Formula One race on a world championship weekend.

The so-called “sprint qualifying” is a shorter race on Saturday afternoon that will determine the grid for the main race on Sunday.
The starting order for the shorter race – which will be just over 100 kilometers long, or about one-third of the Grand Prix distance – will be determined during the regular qualifying session, rescheduled for Friday afternoon.

This is expected to liven things up, add extra interest and provide more competitive danger throughout the weekend.

“And I think the drivers will strive for it, because do we think Max Verstappen and Lewis Hamilton will think differently going into the first corner because it’s a sprint? I don’t think so. But that remains to be seen, and that’s what we need to find out.”

Championship points will be awarded to the top three finishers – three for first place, two for second and one for third.

How was that received?

In general, the riders were cautious about the idea.

Many said it was a good idea to try new ideas, and that they would not judge the merits of this particular system until they had tried it.

Williams driver George Russell said: “It’s an interesting concept and we have to give it a chance. If it brings action and excitement, it’s in everybody’s best interest.”

And four-time champion Sebastian Vettel, who drives for Aston Martin, said: “It makes the weekend more intense. You have to figure out the settings pretty quickly after you’ve just hit the track. We’ll see if people like it.”

Why is this happening?

The hope is that the introduction of a second, shorter race will increase both audience interest and the variability of the Grand Prix weekend.

The idea for the latest version of sprint qualifying came about after the original plans for a sprint qualifying race with a reverse grid – with the start in reverse order of the championship – were blocked last year by Mercedes.

The hope is that the new structure of the race weekend could be a positive change for Formula One itself and the race organizers, increasing spectator interest and potential revenue for both.

The argument is that moving qualifying adds competitive interest to Fridays, where there are currently two practice sessions used exclusively for teams and drivers to prepare their cars and plans for the weekend.

Other categories that have added a second race on Saturdays before the main event on Sundays — such as the German DTM Touring Car Championship — are seeing an increase in television viewership.

The move will entail a number of other sporting changes to the standard race weekend and is intended as an experiment to see if it will bring an additional level of uncertainty and interest to the weekend’s events.

Several more weekends of sprint qualifying are planned for this year, after which their impact will be evaluated. If qualifying is deemed successful, it could be used at more Grand Prix next season.

What are the rules?

The “sprint” qualification will consist of 17 laps. The choice of tires for the start is free, and there is no obligation to make a pit stop to change the lineup, as on Sunday.

The grid for the qualifying sprint will be determined during the traditional qualifying session, which has been moved to Friday from Saturday.

Because it is a workday, it will start later than usual, at 6 p.m. British time, in hopes of attracting a larger television audience than if it were held at the more traditional 2 p.m. time.

How will race weekend change?

The structure of the weekend will change as follows:

Parc fermé, the point after which teams can no longer make major changes to their cars, will be moved to the start of Friday’s qualifying session. This is to ensure that teams do not build cars specifically for qualifying, which will increase costs.

Tire use will be limited throughout the weekend compared to a normal Grand Prix, with a complex set of rules aimed at increasing danger to teams.

How will this play out?

Formula One advertises sprint qualifying as a short blast, which should generate excitement both in itself and in terms of potentially shaking up the grid for the main Grand Prix.

According to Brown, they “really tried to encourage equal race all the time. We wanted there to be no disincentives in qualifying, no ridiculous tire choices in qualifying and the same thing in the sprint.”

The concept that the sprint race is a flat, no-holds-barred event, different from the main Grand Prix, has been heavily promoted by Brawn as the commercial rights owner’s representative.

But there is a hint of a sales pitch in this, since there is no obvious reason why it should be, and there are a number of reasons why it won’t and can’t be.

The drivers will not be able to put out more in this race than in the Grand Prix because they face the same constraints as in the longer race.

The Pirelli tires remain the same, they are also subject to thermal degradation and require careful driving to avoid overheating.

And the race distance and timing math means all teams will want to avoid pit stops and qualify the sprint on one set of tires.

Strategists predict that the races are likely to turn into a series of so-called “DRS trains.”

These are clusters of cars following closely behind each other, but none of them can overtake because they each use DRS overtaking assistance because they are within one second of each other, and its use on one car negates its effectiveness on the other.

That’s why, when Lewis Hamilton was asked about his expectations for sprint qualifying, he said: “It will probably just be a train. Hopefully there will be some overtaking, but it probably won’t be too exciting.”

Essentially, “sprint qualifying” is the first leg of the regular Grand Prix on Saturday, and the likelihood of overtaking and close races is no greater or less than in the main event.

Strategists say the likelihood of differences in pace between cars is further reduced because the vast majority of teams will choose the same tires for sprint qualifying, a medium compound, as it offers the best compromise between speed and durability for a non-stop race of this length.

In addition, drivers will be especially careful to avoid incidents, as any collision or body damage means starting lower on the grid at the Grand Prix itself, when major points are awarded.

Kevin Durant, Muhammad Ali And The Miami Dolphins: This Week’s Most...

Netflix Movie ‘Northern Spy’: What We Know So Far

Cramer advises equity investors who want to buy to wait until...